...so we don't have to. John Holbo recommends that we read YA comics instead, rather than National Review.

But we ignore his advice.

We read it anyway. 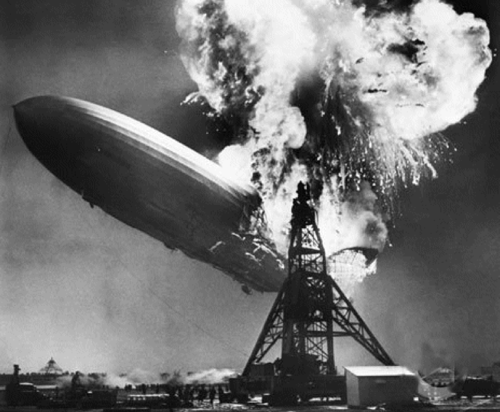 When the Athenians voted to execute Socrates, was he or was he not the victim of tyranny?  Can tyranny take any form other than dictatorship?  Are the fears of our founding fathers mere fantasy, or is care for legal protection against the tyranny of the majority an actual real-world concern?  Is the vote of a democratically elected body necessarily not tyranny?  To dismiss the N. Korea analogy as beyond the pale is to deny the rational of the founding fathers, to deny any appeals to right and wrong that extend beyond positive law.  Tyranny is capricious law, based upon the will of one, few, or many in a way that gravely contradicts the common good and the traditional laws for securing that good.  Too much Team America and not enough Aristotle in these dismissals of the N. Korea analogy.

It is a cautionary note. And then some.

Marriage, as both religious and secular thinkers have acknowledged for millennia, is a social institution that is older than the state and that precedes the state. The task of a just state is to recognize and support this older, prior social institution; it is not to attempt its redefinition. To do the latter involves indulging the totalitarian temptation that lurks within all modern states: the temptation to remanufacture reality. The American civil-rights movement was a call to recognize moral reality; the call for gay marriage is a call to reinvent reality to fit an agenda of personal willfulness. The gay-marriage movement is thus not the heir of the civil-rights movement; it is the heir of Bull Connor and others who tried to impose their false idea of moral reality on others by coercive state power. A humane society will find ample room in the law for accommodating a variety of human relationships in matters of custodial care, hospital visiting rights, and inheritance. But there is nothing humane about the long march toward the dictatorship of relativism, nor will there be anything humane about the destination of that march, should it be reached. The viciousness visited upon Archbishop Dolan and other defenders of marriage rightly understood during the weeks before the vote in Albany is yet another testimony to the totalitarian impulse that lurks beneath the gay marriage movement.

To this, I think, the most sane response is simply to quote Aristophanes from Plato's Symposium:

Aristophanes: In the first place, let me treat of the nature of man and what has happened to it; for the original human nature was not like the present, but different. The sexes were not two as they are now, but originally three in number; there was Man, Woman, and the union of the two, having a name corresponding to this double nature, which had once a real existence, but is now lost, and the word "Androgynous" is only preserved as a term of reproach. In the second place, the primeval man was round, his back and sides forming a circle; and he had four hands and four feet, one head with two faces, looking opposite ways, set on a round neck and precisely alike; also four ears, two privy members, and the remainder to correspond....

Methinks I have a plan which will humble their pride and improve their manners; men shall continue to exist, but I will cut them in two and then they will be diminished in strength and increased in numbers; this will have the advantage of making them more profitable to us. They shall walk upright on two legs, and if they continue insolent and will not be quiet, I will split them again and they shall hop about on a single leg.

He spoke and cut men in two, like a sorb-apple which is halved for pickling, or as you might divide an egg with a hair.... Apollo was also bidden to heal their wounds and compose their forms. So he gave a turn to the face and pulled the skin from the sides all over that which in our language is called the belly, like the purses which draw in, and he made one mouth at the centre, which he fastened in a knot (the same which is called the navel); he also moulded the breast and took out most of the wrinkles, much as a shoemaker might smooth leather upon a last; he left a few, however, in the region of the belly and navel, as a memorial of the primeval state....

Each of us when separated, having one side only, like a flat fish, is but the indenture of a man, and he is always looking for his other half. Men who are a section of that double nature which was once called Androgynous are lovers of women; adulterers are generally of this breed, and also adulterous women who lust after men.

The women who are a section of the Woman do not care for men, but have female attachments; the female companions are of this sort.

But they who are a section of the Man follow the male, and while they are young, being slices of the original man, they hang about men and embrace them, and they are themselves the best of boys and youths, because they have the most manly nature. Some indeed assert that they are shameless, but this is not true; for they do not act thus from any want of shame, but because they are valiant and manly, and have a manly countenance, and they embrace that which is like them. And these when they grow up become our statesmen, and these only, which is a great proof of the truth of what I am saving. When they reach manhood they are loves of youth, and are not naturally inclined to marry or beget children. If at all, they do so only in obedience to the law; but they are satisfied if they may be allowed to live with one another unwedded; and such a nature is prone to love and ready to return love, always embracing that which is akin to him.

And when one of them meets with his other half, the actual half of himself, whether he be a lover of youth or a lover of another sort, the pair are lost in an amazement of love and friendship and intimacy, and would not be out of the other's sight, as I may say, even for a moment: these are the people who pass their whole lives together; yet they could not explain what they desire of one another. For the intense yearning which each of them has towards the other does not appear to be the desire of lover's intercourse, but of something else which the soul of either evidently desires and cannot tell, and of which she has only a dark and doubtful presentiment.

Suppose Hephaestus, with his instruments, to come to the pair who are lying side, by side and to say to them, "What do you people want of one another?" they would be unable to explain. And suppose further, that when he saw their perplexity he said:

Do you desire to be wholly one; always day and night to be in one another's company? For if this is what you desire, I am ready to melt you into one and let you grow together, so that being two you shall become one, and while you live a common life as if you were a single man, and after your death in the world below still be one departed soul instead of two-I ask whether this is what you lovingly desire, and whether you are satisfied to attain this?

There is not a man of them who when he heard the proposal would deny or would not acknowledge that this meeting and melting into one another, this becoming one instead of two, was the very expression of his ancient need. And the reason is that human nature was originally one and we were a whole, and the desire and pursuit of the whole is called love. There was a time, I say, when we were one, but now because of the wickedness of mankind God has dispersed us, as the Arcadians were dispersed into villages by the Lacedaemonians. And if we are not obedient to the gods, there is a danger that we shall be split up again and go about in basso-relievo, like the profile figures having only half a nose which are sculptured on monuments, and that we shall be like tallies.

Wherefore let us exhort all men to piety, that we may avoid evil, and obtain the good, of which Love is to us the lord and minister; and let no one oppose him. He is the enemy of the gods who oppose him. For if we are friends of the God and at peace with him we shall find our own true loves, which rarely happens in this world at present...

...so we don't have to. John Holbo recommends that we read YA comics instead, rather than National Review.

But we ignore his advice.

We read it anyway.