Grasping Reality by Brad DeLong
Archives Highlighted Previous Edit COVID Market for Man Slavery 20th C. Reading 'Chicago'
Why History of Economic Thought Is Important: Whack-a-Mole Wall Street Journal/Arthur Laffer Edition
Semantic Coherence Watch: It Looks to Me as Though This Is Going to Be Fun!... 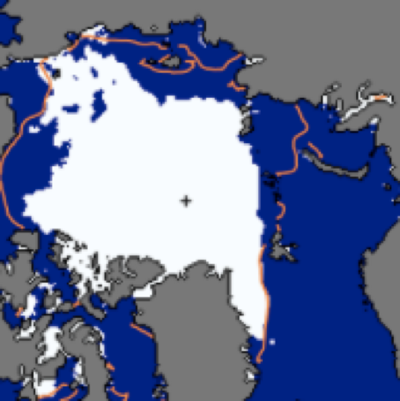 KANSAS CITY, MO: 99 degrees: Back in the spring and early summer of 1993 it was my great honor and privilege to work at the U.S. Treasury for Al Gore's carbon tax proposal. There were three powerful reasons why we should then have started taxing carbon at an increasing rate:

And it is now a generation later.

Doubling the carbon dioxide concentration will increase the mean near-surface air temperature by about 3 degrees centigrade… [according to] crude-way [estimates that] infer the warming effect of emissions…. [We could come] in higher or lower than the 3 degree estimate would suggest in isolation. These numbers summarise as succinctly as is possible the mainstream scientific view. A 3 degree rise may sound small, but it compares with a 6 degree difference between the last ice age and the temperate 12 millennia since then….

[T]he risks of driving temperatures up at least 3 degrees are significant. Moreover, political pledges to limit warming to 2 degrees are manifestly hollow…. None of this is particularly complicated. All of it is discussed in private among senior scientists, business people and government advisers. Warming doesn’t take place uniformly…. Differential warming changes geographic temperature gradients, leading to shifts and changing volatility in weather patterns. The 0.8 degrees of current warming has made more likely the weather extremes that hit Russian wheat in 2010 and are hitting US maize now…. Weather changes and volatility after warming of 3 degrees could cut staple crop yields significantly. This could happen around the world, for years at a time, despite our best efforts at agricultural adaptation. Damages and human displacements from extreme flooding will add to stresses. 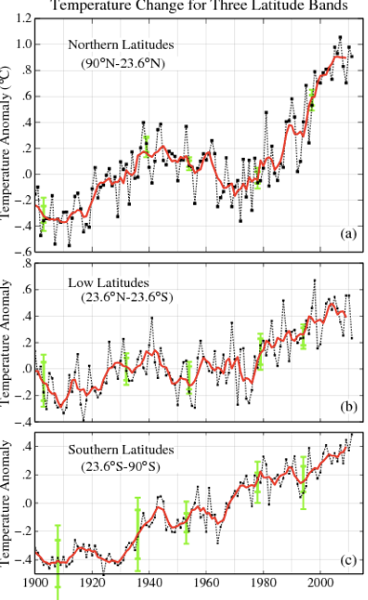 Public discourse is selective. For years, important subjects discussed privately may be publicly shunned for fear of being shouted down. But in time, formerly radical ideas enter the mainstream. This year’s weather extremes in the US may have brought that time closer for climate change.

If so, the tacit understanding among responsible commentators that nothing too shocking should be said about climate may end. Climate arithmetic shows that we may be very hungry in a few decades time, irrespective of the other problems climate change will cause. This could take us way beyond adaptation into the realm of crumbling civil order.

The evidence suggests that humanity is locked into a course that it has limited capacity or appetite to alter. Modern economies are built on fossil-fuelled growth. Changing this model materially and quickly has proved to be untenable in the absence of a disaster. Business-as-usual emissions growth is the consequence.

This may well produce a disaster that we will be powerless to redress.

Those with a more optimistic view of human behaviour or of the impact of new technologies and practices may see better prospects of meaningful action to prevent such a disaster. They must be encouraged. Yet we must also prepare for the challenging times ahead…. We must begin to discuss the risks and impacts of a climate disaster, since our institutions and processes appear incapable of preventing it.

KANSAS CITY, MO: 99 degrees: Back in the spring and early summer of 1993 it was my great honor and privilege to work at the U.S. Treasury for Al Gore's carbon tax proposal. There were three powerful reasons why we should then have started taxing carbon at an increasing rate: