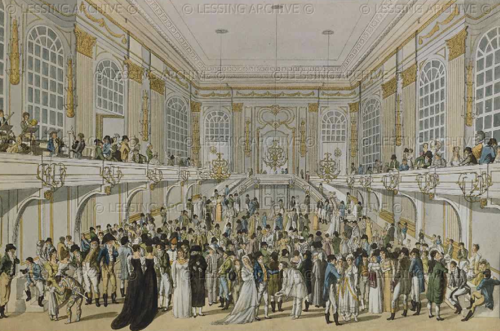 I, at least, thought that everybody--or everybody who mattered in governing the world economy--had learned these four lessons that 1919-1939 had so cruelly taught us. Now it turns out that the dukes and duchesses of Eurovia had, in fact, learned none of them. History taught the lesson. But while history was teaching the lesson, the princes and princesses of Eurovia and their advisors were looking out the window and gossiping on Facebook.

How did this come about? Why didn't Maastricht set up a single Eurovia-wide banking regulator and supervisor to align financial policy with monetary policy? Why didn't Maastricht set up the fiscal-transfer funds that would be needed when--as would inevitably happen--some chunk of the future Eurovia went into recession while other chunks were in boom? Why did Maastricht leave a good chunk of lender-of-last-resort authority in the hands of national governments that could not print money and so fulfill the lender-of-least-resort function rather than placing all of it in the European Central Bank, which could? And why--given that one country's exports are another's imports--does the adoption of policies in deficit countries to reduce their imports and boost their export not automatically trigger the adoption of policies in surplus countries to boost their imports and reduce their exports?

Some of it was a belief that specifying details at Maastricht would postpone the project for years or decades, and that the logic of events would inevitably lead to the organic growth and development of the missing pieces. The first large regional recession in the monetary union would call forth fiscal transfers. The first major banking crisis would see the European Central Bank immediately adopt the lender of last resort function, and would be swiftly followed by banking union. And when have politicians ever turned down an IMF-blessed demand that they expand their economies? Underlying everything was a background gestalt that Maastricht was in large part Germany renewing its commitment to the closer integration of Europe in the aftermath of the rest of Europe's strong support of the Bundesrepublik's absorption of the German East, And that if it turned out that somebody need to pay somehow for not clearly foreseen consequences of Maastricht, Germany would pay.

It may well work out. 50 years from now historians may well be writing that Maastricht was a gamble, but a gamble that turned out well.

And surely most of it right now is the consequence of the fact that the princesses and princes of Eurovia were indeed looking out the window and gossiping on Facebook while history taught the lesson.

Future of the Euro: Lessons from History | A Conference at UC Berkeley | April 15-16, 2013: The Future of the Euro: Lessons from History, a conference sponsored by the Austrian Marshall Plan Foundation, will be held at the University of California, Berkeley on April 15-16, 2013. The event focuses on the following questions: Will the Euro survive? Should it survive? Will the current crisis lead to the banking, fiscal, and political union ultimately required for monetary union and envisioned when the euro was created? Or will current efforts to stabilize the monetary union with only limited moves in the direction of banking, fiscal and political union suffice to save the euro? Is there danger that pressure for deeper integration will only worsen the “democratic deficit problem” and create a backlash against the larger European project?

The Future of the Euro Conference will be distinctive in two ways. First, it will highlight the importance of an historical perspective for the understanding of present and future trajectories in the eurozone and in Europe as a whole. It will explore what history might be able to teach us about the options for a eurozone characterized by divergence between a rich, competitive core and an impoverished, uncompetitive periphery, as well as the institutional options that might be necessary for stability and growth in Europe as a whole. Perhaps historical precedents—e.g. the success of monetary union in the United States, in reunified Germany, or the 19th Century success of the Gold Standard have something to tell us about the requirements for success in preserving the euro. What price was paid for these and other successes? What can past failures — e.g. the Latin Monetary Union, the Austro-Hungarian currency zone, the ruble zone, the Gold Standard in the 20th century — tell us about the likely consequences of a euro break-up and the fate of countries that abandon a currency regime? To what extent does the size of the eurozone and its importance in the global economy make historical comparisons difficult if not impossible?

Second, by keeping the number of participants relatively small, this conference will encourage fruitful and wide-ranging discussion.

I, at least, thought that everybody--or everybody who mattered in governing the world economy--had learned these four lessons that 1919-1939 had so cruelly taught us. Now it turns out that the dukes and duchesses of Eurovia had, in fact, learned none of them. History taught the lesson. But while history was teaching the lesson, the princes and princesses of Eurovia and their advisors were looking out the window and gossiping on Facebook.