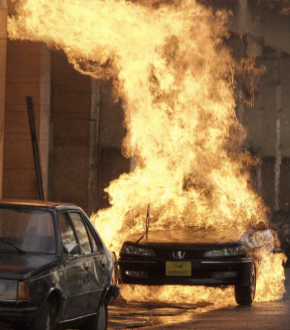 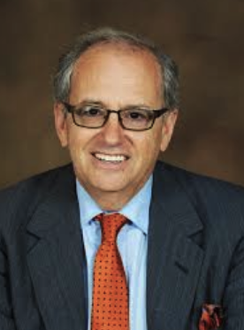 Mitch McConnell Is Either Very Bad at Math or Horribly Disingenuous: The Senate minority leader took me to task on Friday. Unfortunately, he had his facts wrong on virtually every count. Last Friday morning, I attended a ballyhooed speech given by Senate Minority Leader Mitch McConnell at AEI, where I am a resident scholar, titled "Washington's Ongoing Assault on Free Speech." After he finished, McConnell took questions, and I immediately raised my hand. It took a while, but he finally recognized me, and when I got up, before I had asked anything -- well, let's go to the transcript:

MCCONNELL: I've enjoyed dueling you, Norm, over the years. You've been consistently wrong on almost everything. I've always wondered, you know, who eats lunch with you over here at this organization?

ORNSTEIN: I've got more friends than you think here, Senator. And...

MCCONNELL: Actually, some of the worst things that have been said about me over the years have been said by Norm Ornstein. And you've been entirely wrong on virtually every occasion. I'm glad to see you. What's on your mind?

I had two questions, asked very politely, for the senator. The first one was this:

McConnell stopped me there and said:

Of course, that's not accurate. But they didn't say as a matter of constitutional interpretation. I'm sure that if we passed a statute, they probably wouldn't strike it down. But that was left to us.

If my fundamental approach to campaign reform makes me a good, old-fashioned far-left guy, so are John McCain, Trevor Potter, and Sandra Day O'Connor.

So let's see how consistent McConnell has been. It is true that in the past he went beyond rhetorical support for disclosure of all sorts. In fact, as the Lexington Herald-Leader has noted, in 1990, McConnell "pledged to introduce a bill that would require full disclosure of donors to multi-candidate political action committees." In 1996, "McConnell supported public disclosure of all election-related spending, including spending by independent groups and contributions to political parties." In 1997, McConnell published an op-ed in the Herald-Leader, writing, "Public disclosure of campaign contributions and spending should be expedited so voters can judge for themselves what is appropriate."

In June 2000, in the Meet the Press segment I mentioned in my question to him, McConnell said:

Republicans are in favor of disclosure. There's a serious constitutional question, whether you can require people engaged in what's called issue advocacy to disclose. But if you're going to do that, and the Senate voted to do that, and I'm prepared to go down that road, then it needs to be meaningful disclosure, Tim. 527s are just a handful of groups. We need to have real disclosure. And so what we ought to do is broaden the disclosure to include at least labor unions and tax-exempt business associations and trial lawyers so that you include the major political players in America. Why would a little disclosure be better than a lot of disclosure?

In 2007, in another op-ed in the Herald-Leader, McConnell supported an amendment to an ethics bill because it "would require organizations filing complaints before the Senate Ethics Committee to disclose their donors so the public could have more transparency."

Let's see now, 1990 was... carry the two, 23 years ago. 1996 was 17 years ago. 2000 was 13 years ago. (What about 2007? Of course, it was about donors to groups challenging senators' ethics, not for campaign-related donors. But McConnell's whole rationale for now opposing disclosure is that it can be used to punish the donors -- so punishment is OK if you are challenging the ethics of McConnell or his colleagues, but verboten if you are contributing to American Crossroads GPS? Hmm.) In any case, each of these examples is less than 25 years ago. Some are a lot less. I don't know if McConnell has problems with basic arithmetic or was just being disingenuous. I just report. You decide.

On the Supreme Court, McConnell was not entirely disingenuous, just misleading. Did the Supreme Court mandate disclosure as a constitutional requirement? In both Citizens United and the related 8-1 case involving disclosure, Doe v. Reed, it came close, conceding very limited exceptions for real intimidation, but no. Yet it is clear from Justice Kennedy's opinion that disclosure was a key factor in unlocking the rest of the Citizens United decision. To Kennedy, disclosure was the counterweight to the expansion of money into the electioneering efforts of corporations and other groups, especially with the ability of technology to make that disclosure prompt and easy to track. Legal scholar Richard Briffault wrote:

By an 8-1 vote, Citizens United held that disclosure need not be limited to the 'functional equivalent of express advocacy' but could be applied far more broadly. The Court emphasized that 'disclosure is a less restrictive alternative to more comprehensive regulations of speech.'

With the advent of the Internet, prompt disclosure of expenditures can provide shareholders and citizens with the information needed to hold corporations and elected officials accountable for their positions and supporters. Shareholders can determine whether their corporation's political speech advances the corporation's interest in making profits, and citizens can see whether elected officials are 'in the pocket' of so-called moneyed interests.

I asked a second question to McConnell on 501(c)4s, triggered by his all-out assault in the speech on the IRS. He gave a one-sentence response (I will take up the details on the IRS and non-profits at another time), but he did not stop there. Here is what followed:

And let me tell you what Norm is really for. What he's really for is the government telling candidates for Congress how much they can spend, government-mandated spending limits, and using tax money to pay for it.

So make no mistake about it. Norm is a good, old-fashioned, far-left guy. I like him. He's fine. He's been wrong for as long as I can remember. And it's great to see you here. I've been wanting to spar with you for years.

Readers can find out easily what I am really for, by reading "Reform in an Age of Networked Campaigns," a blueprint for campaign finance reform I did with Michael Malbin, Tony Corrado, and Tom Mann that neither eliminates or diminishes the private sector nor supports spending limits. If my fundamental approach to campaign reform makes me a good, old-fashioned far-left guy, so is John McCain, and so are Trevor Potter, McCain's 2008 campaign lawyer, and (ok, far-left gal) former Justice Sandra Day O'Connor, among oh-so-many others.

A few months ago, in a colloquy with Harry Reid on the floor of the Senate over the body's dysfunction, McConnell called me and Tom Mann "ultra-ultra liberals." I wrote after that, "I know Bernie Sanders. Bernie Sanders is a friend of mine. And I am no Bernie Sanders." Not that there is anything wrong with that. But exaggerated descriptions of one's adversaries on important issues do not advance the dialogue, or as McConnell would put, the sparring. Still, I would encourage the Senate minority leader, one of the most prominent and important political actors in America, to keep attacking me. Mention my name -- and please, while you do, leave no opportunity missed to attack my book with Tom Mann, It's Even Worse Than It Looks: How the American Constitutional System Collided With the New Politics of Extremism, with a new paperback edition out in August.

A year ago, Norm Ornstein was unwilling to say: "if you want a healthy American politics, you need to vote against the Mitch McConnells and those who support them for Speaker and Majority Leader":

Brad DeLong: So why aren’t you advocating the rapid destruction of the Republican Party as fast as possible? Why aren’t you telling everyone go out and vote Democrat now, for this is your last chance?...

Norman Ornstein: I am not with that. I mean this-- if we get identified as people whose goal is to elect Democrats then this book goes right into the trash. I guess I wasn’t sort of clear about—what I am saying is one inference to draw from us in the last chapter is you look through this and look at the different dynamics of what could happen is if you agree with the Republicans sort of running of the tracks, then they are going to have to suffer defeat before they change. That’s not the same as going out and saying everyone vote Democratic you know.

I wonder if Ornstein would give the same answer today, after Mitch McConnell has made it very clear what he thinks of him?

Mitch McConnell Is Either Very Bad at Math or Horribly Disingenuous: The Senate minority leader took me to task on Friday. Unfortunately, he had his facts wrong on virtually every count. Last Friday morning, I attended a ballyhooed speech given by Senate Minority Leader Mitch McConnell at AEI, where I am a resident scholar, titled "Washington's Ongoing Assault on Free Speech." After he finished, McConnell took questions, and I immediately raised my hand. It took a while, but he finally recognized me, and when I got up, before I had asked anything -- well, let's go to the transcript: