Grasping Reality by Brad DeLong
Archives Highlighted Previous Edit COVID Market for Man Slavery 20th C. Reading 'Chicago'
Department of "Huh?!": A Rise in the Dollar Produced by a Rise in Real Interest and a Fall in Expected Inflation Rates Is Not a Sign of a Strong Economy Weblogging
Noted for June 27, 2013 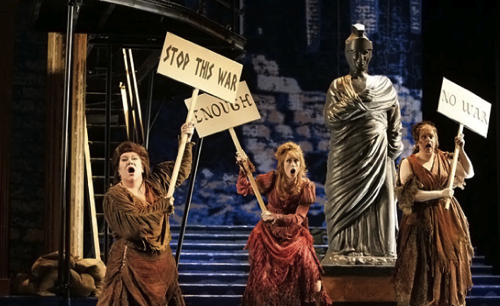 Who is more civilized?

Sex After Christianity: Now we’re entering the endgame of the struggle over gay rights and the meaning of homosexuality…. The magnitude of the defeat suffered by moral traditionalists will become ever clearer…. The struggle for the rights of “a small and despised sexual minority” would not have succeeded if the old Christian cosmology had held….

Is sex the linchpin of Christian cultural order? Is it really the case that to cast off Christian teaching on sex and sexuality is to remove the factor that gives—or gave—Christianity its power as a social force?… Christianity, as articulated by Paul, worked a cultural revolution, restraining and channeling male eros, elevating the status of both women and of the human body, and infusing marriage—and marital sexuality—with love. Christian marriage, Ruden writes, was “as different from anything before or since as the command to turn the other cheek.”… In Christianity, what people do with their sexuality cannot be separated from what the human person is….

Gay marriage… negates Christian cosmology, from which we derive our modern concept of human rights and other fundamental goods of modernity…. “The death of a culture begins when its normative institutions fail to communicate ideals in ways that remain inwardly compelling,” Rieff writes. By that standard, Christianity in America, if not American spirituality, is in mortal danger…

From Plato's The Drunken Party: The original human nature was… different…. Sexes were not two… but originally three… man, woman, and… androgynous…. Primeval man… he had four hands and four feet, one head with two faces, looking opposite ways… four ears, two privy members, and the remainder to correspond. He could walk upright as men now do, backwards or forwards as he pleased, and he could also roll over and over at a great pace, turning on his four hands and four feet, eight in all, like tumblers going over and over with their legs in the air; this was when he wanted to run fast….

Terrible was their might and strength, and the thoughts of their hearts were great, and they made an attack upon the gods…. Zeus… said:

Methinks I have a plan…. I will cut them in two and then they will be diminished in strength and increased in numbers…. He spoke and cut men in two… bade Apollo give the face and the half of the neck a turn in order that the man might contemplate the section of himself: he would thus learn a lesson of humility…. So he gave a turn to the face and pulled the skin from the sides all over that which in our language is called the belly… which he fastened in a knot (the same which is called the navel)….

After the division the two parts of man, each desiring his other half, came together, and throwing their arms about one another, entwined in mutual embraces, longing to grow into one, they were on the point of dying from hunger and self-neglect, because they did not like to do anything apart…. Zeus in pity… turned the parts of generation round to the front… and they sowed the seed no longer as hitherto like grasshoppers in the ground, but in one another….

Each of us when separated, having one side only, like a flat fish, is but the indenture of a man, and he is always looking for his other half. Men who are a section of that double nature which was once called "androgynous" are lovers of women; adulterers are generally of this breed, and also adulterous women who lust after men: the women who are a section of the woman do not care for men, but have female attachments; the female companions are of this sort. But they who are a section of the male follow the male, and while they are young, being slices of the original man, they hang about men and embrace them, and they are themselves the best of boys and youths, because they have the most manly nature… they embrace that which is like them. And these when they grow up become our statesmen, and these only….

And when one of them meets with his other half, the actual half of himself, whether he be a lover of youth or a lover of another sort, the pair are lost in an amazement of love and friendship and intimacy, and would not be out of the other's sight, as I may say, even for a moment: these are the people who pass their whole lives together; yet they could not explain what they desire of one another. For the intense yearning which each of them has towards the other does not appear to be the desire of lover's intercourse, but of something else which the soul of either evidently desires and cannot tell, and of which she has only a dark and doubtful presentiment…. And the reason is that human nature was originally one and we were a whole, and the desire and pursuit of the whole is called love.

There was a time, I say, when we were one, but now because of the wickedness of mankind God has dispersed us, as the Arcadians were dispersed into villages by the Lacedaemonians. And if we are not obedient to the gods, there is a danger that we shall be split up again and go about in basso-relievo, like the profile figures having only half a nose which are sculptured on monuments, and that we shall be like tallies.

Wherefore let us exhort all men to piety, that we may avoid evil, and obtain the good, of which Love is to us the lord and minister; and let no one oppose him-he is the enemy of the gods who oppose him. For if we are friends of the God and at peace with him we shall find our own true loves, which rarely happens in this world at present…. My words have a wider application-they include men and women everywhere; and I believe that if our loves were perfectly accomplished, and each one returning to his primeval nature had his original true love, then our race would be happy. And if this would be best of all, the best in the next degree and under present circumstances must be the nearest approach to such an union; and that will be the attainment of a congenial love. Wherefore, if we would praise him who has given to us the benefit, we must praise the god Love, who is our greatest benefactor, both leading us in this life back to our own nature, and giving us high hopes for the future, for he promises that if we are pious, he will restore us to our original state, and heal us and make us happy and blessed.

Who is more civilized?

Sex After Christianity: Now we’re entering the endgame of the struggle over gay rights and the meaning of homosexuality…. The magnitude of the defeat suffered by moral traditionalists will become ever clearer…. The struggle for the rights of “a small and despised sexual minority” would not have succeeded if the old Christian cosmology had held….