"But We Must Do the Wrong Thing!": Understanding the "Economic" Arguments Against Dealing with Global Warming 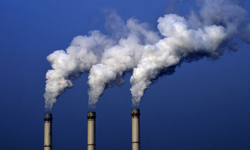 The market-based economics that I was brought upon had four principles:

This is the fifth policy-relevant case I have seen in recent years of the political right that claims to love the market system denying and abandoning the basic principles that underpin the technocrat judgment that the market system can and often is a wonderful social economic calculation, allocation, and distribution mechanism. It is almost as if their previous advocacy of the technocratic case for the market system was simply a mask for their vested interests. We have seen this in opposition to doing the right thing in financial regulation; in the management of aggregate demand; in the provision of the right level of social insurance in the long run; and in shifting the policy mix to partially offset the medium-run rapid rise in inequality. Milton Friedman and George Stigler always used to say that you were better off relying on market contestability rather than capture of old regulatory bureaucracies like the interstate commerce commission to deal with the market failures created by private monopoly, but the problems like excessive inequality and poverty on the one hand and pollution on the other required government action--a negative income tax in the first case, and a market-based antipollution policy via Pigovian taxes and bounties in the second. That is now, largely, out the window.

It is important to recognize what is going on here. As ex-U.S. President George W. Bush said: "Fool me once, shame on you. Fool me twice--you can't get fooled again!" We are now up to the fifth recent case in which the arguments that we as a species should not do what we here in this room broadly think is the right thing are not, at basis, technocratic arguments. And we should not let ourselves be trapped into letting those making them pretend that they are technocratic arguments. It is our job and our task to deal with them at the technocratic level--to eat what is set before us--but it is not our task to fall into the trap of letting outsiders presume that this is just another technical disagreement between tribes of technocrats. It has very other roots than those.

But at the technocratic level there are four things to think about:

Of these, the fourth remains a difficult, subtle, and very important question--indeed, the question. But the other three are largely red herrings.

Is full employment less attainable if we deal properly with global warming? The intuition here comes from the 1970s, when large increases in world oil prices enforced by OPEC greatly worsened the unemployment inflation trade-off in the North Atlantic. The result was stagflation: high unemployment accompanied by distressingly high and rising inflation and slow productivity and economic growth. Policies to deal with global warming entailed raising the price of carbon-based energy sources. Won't those price increases, as they did in the 1970s, lead to high unemployment and inflation--and then more unemployment when the decision is made to wring the inflation out of the North Atlantic economy once again? The answer is probably not: if money raised via a carbon tax is then used as bounties to accelerate the transformation to noncarbon energy sources, that will provide a positive supply shock that will improve the short run inflation unemployment trade-off. The 1986 production and world oil prices that made carbon energy much cheaper as OPEC attempted to starve the Iranian Revolutionary Government of oil profits provided such a boon to the North Atlantic economy. A similar positive supply shock and boom to the economy was provided to some extent by the discontinuous reductions in the cost of financing certain forms of investment that we saw in the late 1990s for investment in high-tech the.com boom and in the mid-2000s for investment in the residential construction with the housing boom.

More important, perhaps, is that supply side shifts in the short run inflation unemployment trade-off are second-order relative to the successful management of aggregate demand to match it to potential supply. Bad economic policies will not produce for unemployment even in the office of action to deal with global warming. Good economic policies will.

One caution, however, comes with the adoption of a cap-and-trade system. A cap-and-trade system is supposed to neutralize carbon energy producers opposition to dealing with global warming by providing them with a valuable property rights to impose a rent on the economy as long as the marginal private costs of declining carbon-based energy exceed those of renewables. It functions in the context of the North Atlantic economy exactly like the OPEC 1973 and 1979 increases in oil prices, but of a smaller magnitude, as few contemplate the carbon tax wouldn't even in order of magnitude of the purpling of world oil prices in 1973. To the extent that the full employment argument has merit, it speaks against cap-and-trade and for a carbon tax earmarked to reduce the marginal cost of investments in the carbon neutral economy of the future

Is rapid productivity growth less attainable if we deal properly with global warming? This argument appears to be simply an optical illusion. Yes, dealing properly with global warming will cause a reduction in the rate of growth of measure GDP, as resources are shifted from activities that have high private market values into those that are more economically sustainable but have lower private market values. After all, if the carbon-neutral activities we want to promote already had higher private market values, the private market would already be massively shifting in that direction. But looking at the rate of economic growth as measured by GDP without netting out externalities is a very bad idea indeed. The economist should have shifted the world away from measure GDP two more comprehensive environmentally friendly system of accounts even before the first Earth Day now nearly 2 generations ago. That we have not done so, and that we continue to use GDP as a rough proxy for material well-being is our fault, and something we can and should correct immediately.

Is an equitable global distribution of wealth less attainable if we deal properly with global warming? This third argument that is sometimes her is somewhat less of a red herring than the first two. From the perspective of the cabinets of East Asia and South Asia, the world had a limited carrying capacity to support carbon-intensive industrialization, that carrying capacity was a global commons, and the North Atlantic grabbed that carrying capacity and used it up without ever paying for it in any way. Why should we, the labor, health, and commerce ministers of India and China and other countries ask, take a slower carbon neutral path to industrial prosperity while you in the North Atlantic continue to reap the fruits of your carbon-intensive industrialization? If you want us to follow a list carbon intensive path of industrialization, they may say, you when the North Atlantic will have to pay for us to do so.

Even half a generation ago, economists interested in global warming like Thomas Schelling saw natural justice to this argument, and expected the North Atlantic to finance the carbon-neutral industrialization of the Global South--an environmental Marshall Plan for the 21st century. Global politics has not been kind to such dreams. I do not know of a way to represent a number as small as the probability that the next generation will see large-scale transfers from the North Atlantic to the Global South to fund its carbon-neutral industrialization.

But it may well be that continued inaction on dealing with global warming itself has mammoth antiegalitarian distributional consequences for the world. There are 2 billion peasants in the great river valleys of Asia from the Yellow to the Indus. Few of them have the human capital or the relationship chains needed to do well in the cities of Asia. For most of them, the economically valuable asset that they have the land that they farm--the land that requires for its economic value that there be enough melting snow off the Tibetan plateau but that the snow not melt too quickly. Global warming means either more or less snow on the Tibetan plateau. Why the governments of East Asia and South Asia are not now screaming about the consequences for their 2 billion peasants of global warming seems to me explicable only as the result of a strange kind of political myopia. To wait for large-scale transfers from the North Atlantic to begin carbon neutral industrialization in East Asia and South Asia seems to me likely to be viewed by historians a century from now as a classic dog-in-the-manger story.

And then we come to the last argument: But what should we do to deal properly with global warming? and that is the hardest question of all, the only one that is not a red herring. Do we believe that global productivity growth will continue at its 20th-century pace for another two centuries, producing a world in 2213 that is 64 times as well off per capita as we are? Do we believe that the political, economic, and social turmoil produced by global warming and the possible return of Malthusian considerations will bring an asymptote to growth relatively soon in the 21st century? How rapidly do we believe the marginal utility decreases with increasing well as we try to do the utilitarian calculations to produce the greatest good of the greatest number? Is the utilitarian framework that all of us economists have inherited from Jeremy Bentham an adequate tool for the task? Old-fashioned growth theorists tell us when there is a constraint in the distant future that must be met then it is overwhelmingly likely that the optimal strategy is to head the economy for the path of most rapid growth and then remain on that turnpike until the date at which the end constraint must be met comes into view: does that have relevance? We hold tight to the principle externalities should be dealt with by imposing taxes and bounties to match marginal social values to marginal private costs and benefits. But who went how is going to calculate such things?

These are, indeed, the serious issues that we need to be grappling with.

We have lost one generation, 1993 to 2013, since the defeat of Al Gore's carbon tax as Republican moderate senators from the Northeast, Midwest, and Pacific Coast more interested in handing President Clinton a black eye than in making good policy joined with oil patch Democratic senators in thrall to the vested interests who attended their fundraisers. We are about to lose another generation, 2013 to 2033. Our task is to try to keep the locusts from eating the third generation, 2033 to 2053, we will have to deal with global warming.

"But We Must Do the Wrong Thing!": Understanding the "Economic" Arguments Against Dealing with Global Warming

The market-based economics that I was brought upon had four principles: