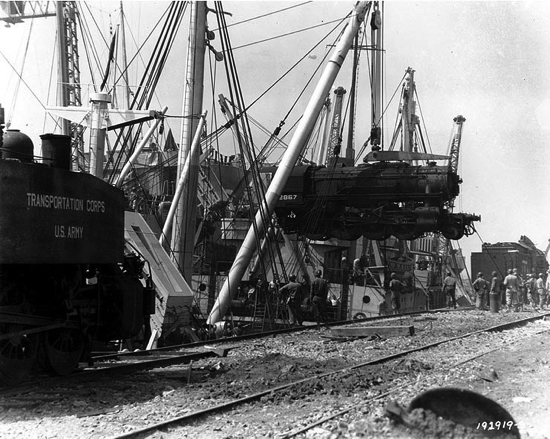 In radio messages decrypted by Ultra, the [Cherbourg] garrison commanding general, a heel-clicker named Karl-Wilhelm von Schlieben, advised Rommel that his 21,000 defenders were burdened with two thousand wounded suffering from “bunker paralysis” and “greatly worn out.” Although Cherbourg still had a two-month supply of food, including five thousand cows that had been rustled into the city, a scheme to ferry eighty tons of ammunition aboard four U-boats fell apart.

Rommel’s reply, at one P.M. on Sunday, June 25, offered no solace: “You will continue to fight until the last cartridge in accordance with the order from the Führer.” Schlieben’s miseries multiplied. Just as Rommel’s command arrived, three Allied battleships, four cruisers, and eleven destroyers led by a minesweeper flotilla appeared on the horizon. On a glassy sea under light airs, the bombardment force split into two squadrons. Then, for the first time since the battle of Casablanca in November 1942, the Allied fleet commenced what swabs called a fire-away-Flanagan....

General Collins was ready to oblige. With Ted Roosevelt at his elbow, he watched the naval action on Sunday afternoon from a captured redoubt east of town, four hundred feet above the church steeples and gray stone houses with red roofs. “The view of Cherbourg from this point is magnificent,” Collins wrote his wife a day later:

We could see smoke from fires being directed into Fort du Roule, which is the central bastion of the German defenses, on a high bluff overlooking the city. Over toR the right were the inner and outer breakwaters with their old French forts guarding the entrance from the sea.…

[Cherbourg] lay in a bowl from which billows of smoke poured up in spots where the Germans were demolishing stores of oil and ammunition. Joe Collins was where he always wanted to be: on the high ground. From the heights, he often told subordinates, “you can make the other fellow conform.” With a slicked-down cowlick, a gift for persuasion, and a nonchalance about casualties, he was at forty-eight the youngest of the thirty-four men who would command a U.S. Army corps in World War II. Gavin considered him “runty, cocky, confident, almost to the point of being a bore”; to First Army staff officers, he was “Hot Mustard.”

The tenth of eleven children born to an Irish émigré who peddled nails, buckshot, and animal feed from a New Orleans emporium, Collins had graduated as an infantryman from West Point in 1917, commanded a battalion in France after the Great War at age twenty-two, and made his name in the South Pacific, whence he still suffered malarial shakes. “All the tactics you will ever need,” he insisted, could be learned by studying General Winfield Scott’s campaign from Veracruz to Mexico City. Self-improvement remained a lifelong impulse, and in the coming months he would place orders with a Washington bookstore for Moby-Dick, Moll Flanders, William Faulkner’s Sanctuary, Émile Zola’s Nana, and a stack of other novels. He also collected a kit bag of aphorisms, notably “An order is but an aspiration, a hope that what has been directed will come true.” The virtues attributed to him by the West Point yearbook a quarter century earlier aptly described his command style: “first, concentration and decision; second, rapid and hearty action.”

Now Cherbourg was nearly his—the high ground, the low ground, and the ground in between. Fort du Roule fell as he watched, although engineers would spend another day coaxing bitter-enders from the basements with white phosphorus down ventilation shafts and TNT lowered by wire to blast gun embrasures. GIs fought to the docks with grenades, bayonets, and 155mm rounds fired point-blank down the Boulevard Maritime.

General von Schlieben had by now retreated into a subterranean warren cut from a rock quarry just west of Fort du Roule. More than eight hundred comrades jammed the fetid chambers, leaving “hardly room enough to swing a cat.” At three P.M. on June 26 Schlieben radioed Rommel a final message: “Documents burned, codes destroyed.” Less than two hours later, an Army tank destroyer platoon fired twenty-two rounds at the tunnel entrance from three hundred yards. “It was good,” a gunner murmured after the last shot. Within minutes a German soldier bearing a white flag the size of a bedsheet emerged, followed by a staggering column of troops with hands raised and a tall, gray-faced Schlieben, his greatcoat flecked with mud and powdered masonry. In his pocket was found a printed menu from a dinner honoring him in Cherbourg a few weeks earlier: lobster and hollandaise, pâté de foie gras, roast lamb, peaches, champagne. Now, at the 9th Division command post, he was offered K-ration cheese and brandy as Robert Capa and other photographers circled round.

When Schlieben complained, auf Deutsch, “I am tired of this picture-taking,” Capa lowered his camera with a histrionic sigh and replied, also auf Deutsch, “I too am tired. I have to take pictures of so many captured German generals.”

Cherbourg, a SHAEF officer reported, proved a “looter’s heaven.” Vast stores of “everything from shaving cream to torpedoes” were found in Fort du Roule, along with silks, cigars, radios, and soap in unmailed packages to families in Germany. The Hôtel Atlantique held great stocks of carbon paper, envelopes, and shoes, both wooden and leather, while Schlieben’s cupboard in the Villa Meurice proffered beef tongue, bacon, artichokes, and canned octopus. Soldiers also found ten thousand barrels of cement—used for V-1 sites—a million board feet of lumber, and, most important, intact storage tanks for over 600,000 barrels of oil.

MPs quickly secured warehouses stacked with thousands of cases of champagne, cognac, wine, and American whiskey. Bradley decreed that every soldier in Normandy would eventually receive two bottles of wine and three of liquor, but many chose not to wait for their allotment—VII Corps toasted the capture of Cherbourg with countless bottles of Hennessy and Benedictine. “The U.S. Army went on one big drunk,” a Navy captain recorded. “There were drunken voices singing, rifle shooting all night … with frequent detonation of hand grenades.”

Those who had inspected the port felt less celebratory. SHAEF planners initially hoped to capture Cherbourg on D+7 and to reopen the harbor three days later; in the event, the city fell on D+20, the first port operations took three weeks to begin, and Allied engineers would spend months repairing a facility proudly described by Berlin as “completely wrecked.” The German genius for destruction, honed with practice at Bizerte and Naples, produced what an American colonel called “a masterful job, beyond a doubt the most complete, intensive, and best-planned demolition in history.” Trainloads of explosives had wreaked damage far beyond even the darkest Allied expectations. Electrical and heating plants were demolished, along with the port rail station and every bridge, every building, every submarine pen. Each ship basin and dry dock was blocked with toppled cranes and more than a hundred scuttled vessels, ranging from fishing smacks to a 550-foot whaler. Twenty thousand cubic yards of masonry rubble choked the Darse Transatlantique, where once the Queen Mary and the Normandie had docked. One jetty was punctured with nine holes fifty feet in diameter, while craters measuring one hundred feet by seventy feet had been blown in the great quays. Countless booby traps seeded the ruins, and more than four hundred mines of half a dozen varieties would be lifted or triggered in the roadstead. Some mines remained dormant for nearly three months before arming, so eight magnetic and eight acoustical sweeps of the port had to be completed each morning for the rest of the summer.

A tedious, dangerous reconstruction began within hours of Schlieben’s surrender, despite delays in getting divers, tugs, and engineering gear from Britain. Eventually Cherbourg would shoulder over fifteen thousand tons of matériel a day, double an early SHAEF projection and more, but not until mid-July would the first barge enter the port, not until mid-August would the first Liberty ship dock, and not until mid-October would the deepwater basins be in good enough repair to berth big cargo carriers. “One cannot avoid noticing,” an Army study acknowledged, “that things did not go according to plan.”

Cherbourg kept the Allied armies in France from wasting away, but the paramount task of enlarging and provisioning that host would bedevil Eisenhower for the rest of 1944. For the moment the conquerors savored what Churchill called “this most pregnant victory”: the capture of OVERLORD’s first big objective, at the price of 22,000 VII Corps casualties...

In radio messages decrypted by Ultra, the [Cherbourg] garrison commanding general, a heel-clicker named Karl-Wilhelm von Schlieben, advised Rommel that his 21,000 defenders were burdened with two thousand wounded suffering from “bunker paralysis” and “greatly worn out.” Although Cherbourg still had a two-month supply of food, including five thousand cows that had been rustled into the city, a scheme to ferry eighty tons of ammunition aboard four U-boats fell apart.