As an emergency measure, given the continued shortage of high-quality DeLong smackdowns on the internet, on to the next Kindle screen of chapter 11 of David Graeber's Debt: The First 5000 Years: 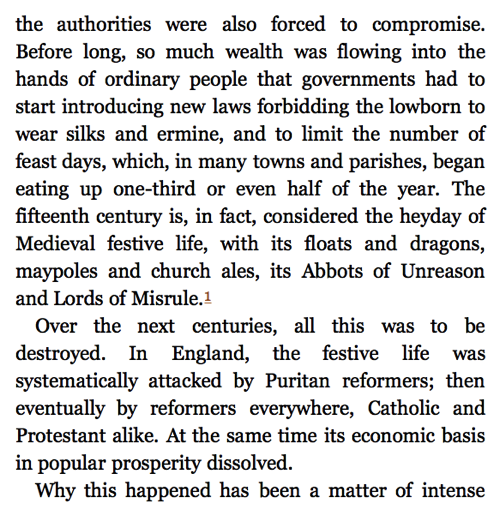 This, too, is double-plus unhood, as Winston Smith might say...

so much wealth was flowing into the hands of ordinary people that government... forbid... the lowborn to wear silks and ermine".

Yet these are the same cities that Graeber claimed--only two pages before--had been depopulated by plague and were defaulting on their debt.

This isn't description. This isn't argument. This isn't history. This is word salad. Graeber (a) doesn't know what he is talking about, (b) doesn't care enough to look back at what he wrote two pages before, and (c) had no editors or friends to tell him: "Look: this just will not do from the standpoint of simple coherence."

We are only three kindle screens into chapter 11 here.

Already I have read enough to know that Graeber has bothered little more to learn about economic history 1450-1600 than he bothered to learn about the structure of the modern Federal Reserve or the development of Apple Computer--which was: not at all.

Note that up to this point in the chapter, with its many errors and misconceptions, Graeber has managed to drop only one footnote. Does the footnote explain or justify any of his more bizarre claims? No. It simply notes Dyer (1989), Humphrey (2001), and Federici (2008) as sources for the changing level of English real wages and the changing quality of English "festive life".

(I would note that were Graeber to talk of how "Medieval festive life, with its floats and dragons, maypoles and church ales, its Abbots of Unreason and Lords of Misrule" was in the "next centuries" after 1450 "destroyed" in the presence of the Londoners of the days of Charles II Stuart (1660-1685) would have evoked their surprise and laughter. There was a reduction in festivity as the so-called Little Ice Age and the down-phase of the Malthusian population cycle took hold: with fewer growing days and smaller farms you did need to put in more working hours. But Graeber's religious-ideology claims are greatly overstated. In general in early-modern Europe Reformers were not Calvinists, Calvinists were not Puritans: 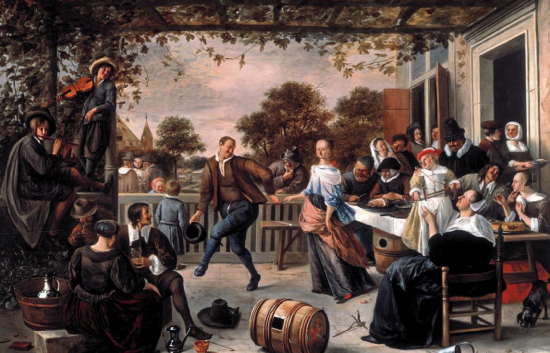 and even Puritans were not culturally hegemonic for even a decade anywhere other than Scotland. You can talk about a privatization and a desacralization of celebration and spectacle. But I really do not think you can talk of any sort of destruction of feast and festivity...)

Do I have to continue with this?

As an emergency measure, given the continued shortage of high-quality DeLong smackdowns on the internet, on to the next Kindle screen of chapter 11 of David Graeber's Debt: The First 5000 Years:

This, too, is double-plus unhood, as Winston Smith might say...