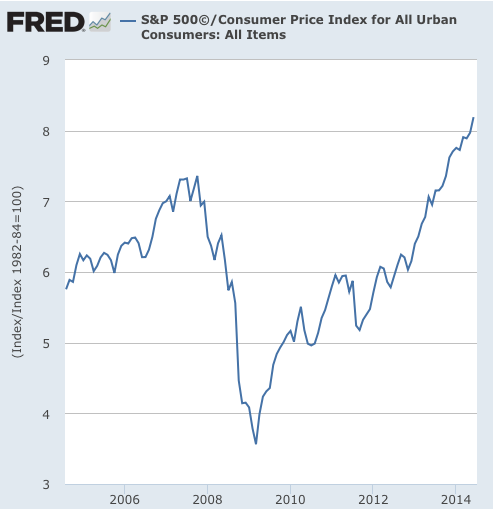 Trying to wrap my head around this turning out to be really, really difficult.

The undershoot relative to previous expectations of first-quarter real GDP growth by 6%-points, followed by no bounce-back catch-up at all, would seem to be bad news for inflation, for profit margins and hence stock valuations, and for long-run potential GDP. But the stock market does not seem to care. And inflation expectations as measured by the TIPS-Treasuries breakeven do not seem to care.

I find the failure of any of these three things to happen disturbing. It suggests a lack of faith by Ms Market in the national income identities...