Liveblogging World War I: July 28, 1914: The Austrian Declaration of War and Manifesto 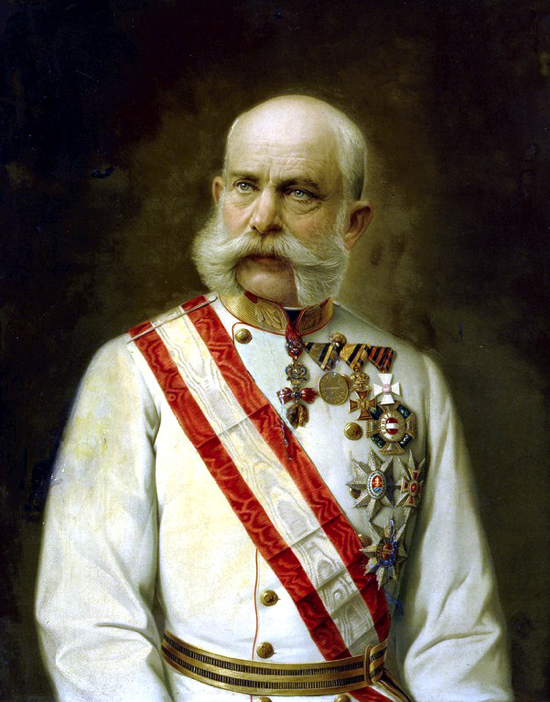 I have resolved to instruct the Ministers of my Household and Foreign Affairs to notify the Royal Serbian Government of the beginning of a state of war between the Monarchy and Serbia. In this fateful hour I feel the need of turning to my beloved peoples. I command you, therefore, to publish the inclosed manifesto.

To my peoples! It was my fervent wish to consecrate the years which, by the grace of God, still remain to me, to the works of peace and to protect my peoples from the heavy sacrifices and burdens of war. Providence, in its wisdom, has otherwise decreed. The intrigues of a malevolent opponent compel me, in the defense of the honor of my Monarchy, for the protection of its dignity and its position as a power, for the security of its possessions, to grasp the sword after long years of peace.

With a quickly forgetful ingratitude, the Kingdom of Serbia, which, from the first beginnings of its independence as a State until quite recently, had been supported and assisted by my ancestors, has for years trodden the path of open hostility to Austria-Hungary. When, after three decades of fruitful work for peace in Bosnia and Herzegovina, I extended my Sovereign rights to those lands, my decree called forth in the Kingdom of Serbia, whose rights were in nowise injured, outbreaks of unrestrained passion and the bitterest hate. My Government at that time employed the handsome privileges of the stronger, and with extreme consideration and leniency only requested Serbia to reduce her army to a peace footing and to promise that, for the future, she would tread the path of peace and friendship. Guided by the same spirit of moderation, my Government, when Serbia, two years ago, was embroiled in a struggle with the Turkish Empire, restricted its action to the defense of the most serious and vital interests of the Monarchy. It was to this attitude that Serbia primarily owed the attainment of the objects of that war.

The hope that the Serbian Kingdom would appreciate the patience and love of peace of my Government and would keep its word has not been fulfilled. The flame of its hatred for myself and my house has blazed always higher; the design to tear from us by force inseparable portions of Austria-Hungary has been made manifest with less and less disguise. A criminal propaganda has extended over the frontier with the object of destroying the foundations of State order in the southeastern part of the monarchy; of making the people, to whom I, in my paternal affection, extended my full confidence, waver in its loyalty to the ruling house and to the Fatherland; of leading astray its growing youth and inciting it to mischievous deeds of madness and high treason. A series of murderous attacks, an organized, carefully prepared, and well carried out conspiracy, whose fruitful success wounded me and my loyal peoples to the heart, forms a visible bloody track of those secret machinations which were operated and directed in Serbia.

A halt must be called to these intolerable proceedings and an end must be put to the incessant provocations of Serbia. The honor and dignity of my monarchy must be preserved unimpaired, and its political, economic, and military development must be guarded from these continual shocks. In vain did my Government make a last attempt to accomplish this object by peaceful means and to induce Serbia, by means of a serious warning, to desist. Serbia has rejected the just and moderate demands of my Government and refused to conform to those obligations the fulfillment of which forms the natural and necessary foundation of peace in the life of peoples and States. I must therefore proceed by force of arms to secure those indispensable pledges which alone can insure tranquillity to my States within and lasting peace without.

In this solemn hour I am fully conscious of the whole significance of my resolve and my responsibility before the Almighty. I have examined and weighed everything, and with a serene conscience I set out on the path to which my duty points. I trust in my peoples, who, throughout every storm, have always rallied in unity and loyalty around my throne, and have always been prepared for the severest sacrifices for the honor, the greatness, and the might of the Fatherland. I trust in Austria-Hungary's brave and devoted forces, and I trust in the Almighty to give the victory to my arms.

Liveblogging World War I: July 28, 1914: The Austrian Declaration of War and Manifesto

I have resolved to instruct the Ministers of my Household and Foreign Affairs to notify the Royal Serbian Government of the beginning of a state of war between the Monarchy and Serbia. In this fateful hour I feel the need of turning to my beloved peoples. I command you, therefore, to publish the inclosed manifesto.