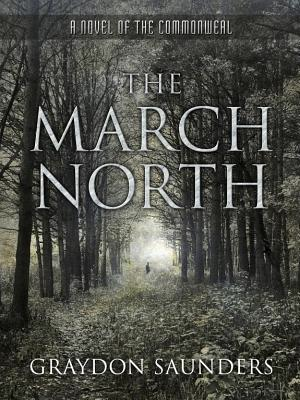 "They're sending us a Rust, somebody who goes by Blossom, and Halt."

"Halt?" Twitch says the name again, emphasis different. Not supposed to be anything surprising in the monthly update. "What could we possibly have done to deserve Halt?" Twitch might be appalled.

"Five years in fifty means they've got to send Halt somewhere." Which is just true, not an explanation. Not when Independents don't serve with the Line--there's five centuries of custom back of that.

"West Wetcreek isn't somewhere. Even back in the day, Westcreek wasn't anywhere." Twitch was born here, says this like the laws of the universe are being changed. Twitch don't like it.

These days there's a Westcreek (dust dry), a West Wetcreek, a Lost Creek (swamp), and Split Creek (on some fixed astrological schedule: fire, blood, venom, beer) in the province of Westcreek. I'm leaving out the rest of the Creeks, plural, the stuff further east. For a place that wasn't anywhere back in the day, stuff happened--Split Creek's not a little working. Despite that evidence of past activity, Westcreek Town, Westcreek the province, West Wetcreek the watershed, the whole of the Creeks, is full of people who claim nothing happens here.

Strange claim when the population tripled with the Commonweal and The Peace Established, steady for the last three hundred years or not. And the better beer-barley, and, well, it's a list. Creeks will still tell you nothing happens. They're proud of it--happenings imply a lack of care, I think. Or maybe inadequate social decorum.

If I ever get Creek social decorum figured out be doing well. There are days I figure this century would be a notable achievement. I'm pretty sure that has something to do with how few other folk have ever visited, never mind migrated. Polite, certainly, but still such a long and lonely way from the rest of the Commonweal.

Works the other way: a few militant Creeks into the Regular Line, a few more gone for training--doctors, our sergeants, the occasional engineer. Engineers are both ways; Creeks love their canals. Clerks and members of Parliament and judges go up to The City Of Peace. They all come back. It's the only place I've ever been where spring feels planned. Even the lambs are orderly. Does a good solid reliable job of peaceful.

Twitch: twitchiest guy ever--tongue clicking, toe-tapping, will drum on any small object you don't take away provided an absence of immediate lethal threats--looks at me a bit funny and hands The List down, tapping on the cover. There's a lot of Independents these days, sorcerers good enough that the basic deal--the Line don't extinguish them, and in return they show up for five years in fifty and do subtle clever things to make the Commonweal work better, besides staying out of trouble and politics--applies. That's the List, the sorcerers good enough to make themselves ageless by a means the rest of us will tolerate. But the List contains the Short List, too. Parliament gives it a polite name, but what it means is, "if this one causes trouble, send a battalion". There's fifty-odd names on the Short List, out of the couple thousand on the List as a whole.

Out of the Short List there's the first page; no-one tries to give it a polite name or come up with some reason for it. It's a list of twelve names, all them older than the Commonweal. Halt's name is the first of that dozen, by any measure: knowledge, terror, or simple grim seniority. Even Twitch, born and bred here, left West Wetcreek only into the Line, has heard of Halt.

If any among the Twelve causes trouble, the standing orders are to send nothing less than a full brigade in full array. That might be overkill: the Foremost, Laurel and the Foremost, back in the day, took down everybody on the first page of the Short List, and everybody else with the Power and pretensions of lordship, and the Foremost mostly weren't what would muster as a full battalion these days.

No one wants to take a bet any of the Twelve haven't learned something in five centuries of The Peace.

I've met Rust. Rust is not obviously anything. One of those people who could be thirty or fifty--Rust could be a schoolmaster or an architect or a team lead for a manufacturing collective, anybody in a trade both dry and not too dusty. Neat, clean, clothes and eyes are good and plain and honest. Rust's name is the fourth name of that dozen, and Rust and Halt do not get on. Anyone who has been in The City Of Peace for any length of time would know that. Rust and Halt may stay out of politics--they're both known for being abrupt about it--but if you tell one of the terrors of the earth to solve a problem, you're telling them to make policy. They don't agree about policy and they've been writing snarky articles at each other in the scholarly journals for so long that the earliest ones were two major vowel shifts ago.

Blossom, though, Blossom is under a hundred and on the Short List already.

Either someone's decided that Split Creek desperately needed plugging about a hundred years ago, or someone else is afraid that Halt and Rust's long feud is soon to have a failure of decorum and believes the devastated landscape ought to be far away from City of Peace.

There was a time when I could have believed the third option wasn't what we were going to get for, oh, at least a minute and a half.

"Twitch?" Who has to look up; I'm handing back that thin damned book.

"Next drill night is full array. Like it's the Bad Old Days returned."

...If that's not enough to pique your interest, I will expand: The March North and the Commonweal series it launches take epic fantasy tropes, set them on fire, and juggle them, all while walking on a tightrope slung between whimsy and a solidly material and pragmatic sort of realism, and whistling. This first book in particular is designed as a trap to lure fans of more traditional military SFF into caring about the characters and the world, but those aspects (character- and world-building) are present and engaging enough that readers who don't care much for or about military anything have just as much to latch onto (the second book will have even more of this, plus experiments in magical pedagogy).

Rather than your too-typical medieval Europe-but-with-dragons high fantasy setting, the Commonweal series posits the emergence of a radically egalitarian society in a world where powerful sorcerers have been fighting and screwing around with their environments for hundreds of thousands of years, destroying and enslaving and weaponizing and reshaping landscapes and lifeforms with all the creativity you'd expect from millenia of batshit/lonely/paranoid wizards; a culture that values consent and agency above all else and has discovered that magic worked cooperatively is stronger than the sum of its parts, and needs every tool at its disposal to scratch out a habitable territory between all the "weeds" (weaponized organisms) and expansionist totalitarian regimes and nameless horrors from beyond your worst nightmare. The March North chronicles the efforts of a regional battalion of the Line (the Commonweal's version of an army) to deal with one such threat, and the beginnings of what happens after.

IMHO the series has all the makings of an excellent Yuletide fandom. The writing is memorable, witty, and detail-rich, and the cast of characters is exceptionally diverse, with folks of vastly different histories, gender expressions, ages, species, sexualities, and magical aptitudes all treated with fondness and respect (my favourite character is obviously Halt--the extremely powerful and incredibly ancient sorcerer who has reigned as Dark Lord over a substantial territory for a thousand years at least once and who gives demons the justified heebiejeebies, but who looks to most eyes like somebody's sweet little grandmother, riding around on the back of a giant sheep named Eustace with knitting bag and tea service perpetually at the ready--but pretty much everybody with a name is delightful). It's a bit like Welcome to Night Vale, actually, insofar as it is concerned with a diverse community working together to survive a weird and horrific milieu that from their perspective is entirely normal. The librarians are less likely to slaughter you.

Plus the e-book is staggeringly cheap so, y'know. The odds of you regretting buying it are slimmer than those for the success of the West Wetcreek Wapentake...

"They're sending us a Rust, somebody who goes by Blossom, and Halt."

"Halt?" Twitch says the name again, emphasis different. Not supposed to be anything surprising in the monthly update. "What could we possibly have done to deserve Halt?" Twitch might be appalled.

"Five years in fifty means they've got to send Halt somewhere." Which is just true, not an explanation. Not when Independents don't serve with the Line--there's five centuries of custom back of that.

"West Wetcreek isn't somewhere. Even back in the day, Westcreek wasn't anywhere." Twitch was born here, says this like the laws of the universe are being changed. Twitch don't like it.