Prolegomenon to a Reading Course on Karl Marx: The Honest Broker for the Week of December 12, 2014 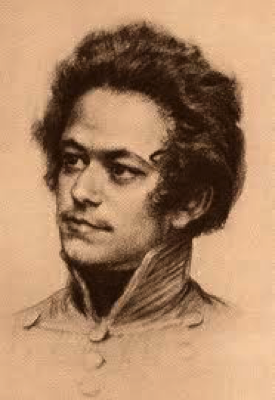 Over at Equitable Growth: These days, when people come to me and ask if I will run a reading course for them on Karl Marx, this is what I tend to say:

The world is divided into those who take Karl Marx's work seriously and those who do not.

On the one hand, those who do not take Karl Marx's lifetime work-project seriously are further divided into three groups:

Of the first group there is, of course, nothing to say.

Of the second group, the late Louis Althusser can serve as our example and principal poster child. And I will leave him to Michael Berube and Bill Lazonick.

Of the third group, Chris Bertram provides as good an example as any:

Start by discussing... the Manifesto... revolutionary nature of the bourgeoisie... their transformation of technology, social relations... global economy... Marx’s belief that... the appearance of freedom and equality... [masks that] some people end up living off the toil of other people... [who] spend their whole lives working for the benefit of others, and [so are not] living truly truly human lives... Marx’s belief that a capitalist society would eventually be replaced by a classless society run by all for the benefit of all...

In short, start with the Communist Manifesto--written when Marx was 30--and then go back to the impenetrable and jargon-filled Economic and Philosophical Manuscripts, "Theses on Feuerbach", The German Ideology, and "On the Jewish Question" written he was 25-28. Maybe read the Preface to A Contribution to the Critique of Political Economy, written when he was 30-38, maybe not. And add on two paragraphs--ripped from their context--from his written-at-57 "A Critique of the Gotha Program*. The Eighteenth Brumaire--and how its analysis of the relation between economic classes, economic interests, political fractions, and the coming of the Second Empire dictatorship in France over 1848-1852 was wrong? Nope. The Grundrisse? The rest of A Contribution to the Critique of Political Economy? Theories of Surplus Value? Capital, vols. I, II, and III? Not to be wrestled with.

It has always seemed to be that the "western Marxists" still floating around today have decided that Marx's life and work end at 30. It seems to me that that is as damning a judgment of his lifetime project as the one made by those who ignore him completely.

Then, on the other hand, there is us.

We--people like Joan Robinson, Paul Samuelson, and me--take Karl Marx throughout his life as a mighty and mightily flawed thinker, worth grappling with and treating with respect.

My take, in brief: We need to talk about Marx the moralist-prophet, Marx the political activist, and Marx the economist. Marx did not divide himself into those three. But we find it useful to do so:

Now we modern neoliberals respond that (5) on the business cycle we have economic policy quinine to manage if not banish the disease, (4) Beveridgism or Myrdahlism--social democracy, progressive income taxes, a very large and well-established safety net, public education to a high standard, channels for upward mobility, and all the panoply of the twentieth-century social-democratic mixed-economy democratic state--can keep capitalist prosperity must be accompanied by great inequality and misery, and (3) a market economy can easily be a good thing even if a market society generally is not, and that the forecast of utopia--that we jumped-up monkeys with big brains will become perfectly happy--belongs in the Book of Daniel or of the Apocalypse, not in political economy. Whether our responses are convincing is for you to judge.

Marx the political activist had five reasons he thought it necessary and possible to work to overthrow the capitalist market economy and socialize the means of production, believing that:

Thus I conclude that while there is a lot in Marx-the-economist worth grappling with and thinking about, there is very little in Marx the political activist that is worth paying attention to today.

Let's listen to a sample:

Great Britain['s]... aristocracy wanted to conquer [India], the moneyocracy to plunder it, and the millocracy to undersell it.... Now the... millocracy...intend now drawing a net of railroads over India... [to] extract... the cotton and other raw materials for their manufactures.... The railway-system will therefore become, in India, truly the forerunner of modern industry.... All the English bourgeoisie may be forced to do will neither emancipate nor materially mend the social condition of the mass of the people.... But what they will not fail to do is to lay down the material premises to do so].... Has the bourgeoisie ever done more? Has it ever effected a progress without dragging individuals and people through blood and dirt, through misery and degradation?.... When a great social revolution shall have mastered the results of the bourgeois epoch... and subjected them to the common control of the most advanced peoples, then only will human progress cease to resemble that hideous, pagan idol, who would not drink the nectar but from the skulls of the slain...

Were live in this fallen sublunary sphere. In it, the New Jerusalem does not descend from the clouds "prepared as a Bride adorned for her Husband." In it, a Great Voice does not declare:

I shall wipe away all tears from their eyes; and there shall be no more death, neither sorrow, nor crying, neither shall there be any more pain: for the former things are passed away...

But Marx clearly thought at some level that they would.

He never got to the island of Patmos on which John the Divine lived. But there is a sense that he, too, got too much into the magic mushrooms.

And here is more that I at least think is very much worth reading. And if you finish this and still want more, I'll send you the course reading list:

Prolegomenon to a Reading Course on Karl Marx: The Honest Broker for the Week of December 12, 2014

Over at Equitable Growth: These days, when people come to me and ask if I will run a reading course for them on Karl Marx, this is what I tend to say:

The world is divided into those who take Karl Marx's work seriously and those who do not.

On the one hand, those who do not take Karl Marx's lifetime work-project seriously are further divided into three groups: