I Must Say, the New New Republic Is Killing It These Days: Live from a Houston Hilton 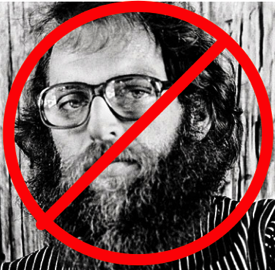 Time to subscribe to the New New Republic, people...

And apropos of the last of the three, Jeet Heer replies to critics on Twitter:

Jeet Heer https://twitter.com/HeerJeet/status/562257032183439361: The New York Times has an article up about The New Republic, with glancing reference to my piece: http://www.nytimes.com/2015/02/02/business/media/after-turmoil-the-new-republic-re-emerges-on-newsstands.htmlThe Times quotes @jonathanchait about my piece:

I want to address his comments. Chait:

Merits of the story aside, it is hard to evaluate the decision to publish it outside of Chris Hughes’s desire to justify his mismanagement and ineptitude...

Since @jonathanchait is smart writer, one whose work I read with profit, let me try & explain why an article on TNR & race was necessary. Ironically, @jonathanchait is part of the back story of how my piece got written. A reminder: staff turmoil at TNR led @jonathanchait & others keening with nostalgic TNR lamentation. Then @tanehisicoates responded.

@tanehisicoates response was it was hard for him to be nostalgic for a magazine that had such a terrible history on race. Important to realize that in his critique TNC wasn't just speaking for himself. Lots of black writers and readers feel this way. Talk to any black writer/reader who might be a reader of New Yorker, New York Review or Nation. Ask them about TNR. To @jonathanchait "The Bell Curve" & Peretz's rants might have been outliers to true TNR. That's not how black readers see it.

Do I need to spell out, laborously, why it is a problem for a liberal magazine to have alienated an entire generation of black readers? Okay: Civil Rights is one of the cornerstone achievements of American liberalism & blacks a crucial part of Democratic coalition. Last time the Democrats won the White House with majority of white voters? 1964. Before then: 1944. So for a half century or more, the Democrats have needed black voters to win the presidency. Harry Truman knew that. Given how crucial blacks are to liberalism & Democratic politics, TNR needed to win back the trust of black readers & writers.

To make this a story about Chris Hughes & not about the countless black readers that TNR has alienated is incredibly myopic. I've been reading TNR since, God help us all, 1982 or 1983. When I started reading TNR I was more conservative than I am now. I supported Progressive Conservative's Brian Mulroney & @akimcampbell. But even young, conservative-leaning Jeet Heer really, really didn't like the stuff TNR published on race. I'm not black, I'm South Asian, so I didn't take stuff in magazine personally. I did think magazine had lots of weird hang ups on race.

I used to read National Review & American Spectator at same as TNR. Didn't think the three magazines any different on race. In 2010 (i.e. long before Chris Hughes bought TNR) I said magazine need to have reckoning on Peretz's racism: https://sanseverything.wordpress.com/2010/09/21/the-marty-peretz-situation. Me in 2010:

I don’t know how the magazine can extricate itself from Peretz at this point, but I imagine that in the future there will have to be a reckoning with his legacy.

It's sad that reckoning had to come as result of the fallout of the staff turmoil, but a reckoning on race as at TNR was long overdue. Also: to be as dismissive of diversity issues is to do an injustice to @FranklinFoer, who made important outreach on race & gender.

There's at least two ways to look at this issue: to focus on elite figures (Peretz, Hughes) or to look at black readers/writers. In TNR piece, I tried to broaden & deepen debate between Chait & TNC by looking at history from 1914 & also role of black writers in TNR. About supposed "cynicism" motivating article: if TNR has a future it needs to win back trust of black readers it lost. Is that cynical?

In the 1980s and 1990s I worked at the New Republic, a fervently pro-Zionist publication. Many's the night I worked late editing articles I wasn't sure I agreed with offering yet one more reason why a Palestinian state was unthinkable.

So in order to earn Peretz's pay, Kinsley wrote anti-Palestinian ariticles he didn't believe in. If we want to talk about cynicism, why not ask Michael Kinsley about the devil's bargain he made with Peretz? As editor, Kinsley put his authority and imprimatur on anti-Palestinian articles and editorials. He has to live with that fact.

I Must Say, the New New Republic Is Killing It These Days: Live from a Houston Hilton

Time to subscribe to the New New Republic, people...