Julia Ioffe's Piece on Ezra Klein: Hoisted from Others' Archives from Two Years Ago 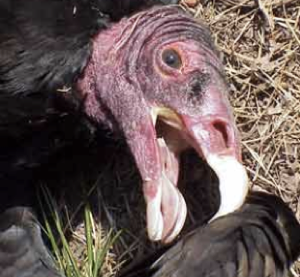 From my perspective, for a decade now Ezra Klein and his peers have been conducting conducting a master class in how to inform citizens about their government, while the rest of Washington journalism has been reheating leftovers--with the ex-WonkBlog Fred Hiatt-Len Downie-Marty Baron Washington Post leading the way in reheating leftovers and making Marriott's lowest-price institutional kitchens look like the French Laundry.

Julia Ioffe, however, wrote about an Ezra Klein "the 28-year-old prince of D.C. media" who:

Strange. That is not and was not the interesting story. It is not even, especially, true...

But, people told me, this was not her fault.

Franklin Foer assigned her to write a Washington profile. And a Washington Profile in the early twenty-first century is as rigid and hieratic a form as the eight-legged-essay of the bureaucracy of Imperial China: There must be Conflict! Struggle! Humans striving for Mastery, Dominance, and Power! That was why she missed the real story.

But, I answered, there is at least one episode of conflict and struggle that Ioffe does not want to write about. Consider:

Ezra Klein: The Wise Boy: David Weigel, Klein’s friend and fellow member of what came to be known as the Juicebox Mafia…

And then she moves on.

The passive voice "came to be known as" is the clue that a significant piece of the story has hit the cutting-room floor somewhere. For if you want struggle and conflict, dominance and power--well, this really ought to have, but did not, make it into Julia Ioffe's profile:

From The New Republic in January 2009: Its then-editor-in-chief Martin Peretz writes:

The "juicebox Mafia" On Gaza: I pity them their hatred of their inheritance. Actually of both their inheritances, Jewish and American. They are pip-squeaks, and I do not much read them. But when any one of them writes a real doozey it is likely to come to my attention. I have known one of them, Spencer Ackerman, a smart young man but, alas, not as smart as he thinks and certainly not as smart as he needs to be. He worked at The New Republic for maybe two years or even three for which I apologize; you can look up his trash by yourself. They were brought to mind in a short piece by Noah Pollak who, although he writes for Commentary’s “Contentions” blog, is about as free of conservative cant as are Niall Ferguson, who writes occasionally (too occasionally) for us, and Christopher Caldwell, a Saturday regular at the FT. “Juicebox mafia,” the tag-line for the Matthew Yglesias, Ezra Klein and Ackerman trio, was provided by a regular contributor to TNR. An excerpt from Pollak:

Matthew Yglesias writes something dumb enough that it needs no elaboration:

But already the number of Israelis killed by Hamas rockets has increased (from a baseline of zero) since the retaliatory attack that was supposed to prevent such killings.

Pollak is correct about Yglesias’ flippant allusion to the killing of two Israelis by rocketry in the heat of ongoing battle, although other Israelis were sent to their deaths during the six-month “cease-fire.” Some cease-fire. The point is that civil society is impossible with 50 missiles a day raining on your head. And it is a civil society that is at stake here. Whether the Gaza Palestinians can ever have a truly civil society is another question, the answer to which — given the Arab societies that surround them — is probably “no.” Sorry to disappoint you.

John Judis worked up the nerve to make a small, polite protest:

I want to take issue with Martin Peretz’s description of my former colleague Spencer Ackerman’s articles as “trash.” Maybe I am sensitive because Spencer co-authored several with me, including a piece of the Bush administration’s deception about Iraqi weapons of mass destruction (“The First Casualty”), which Marty praised at the time. Spencer also co-authored a terrific profile of Dick Cheney with current editor Frank Foer (“What Dick Cheney Really Believes,” November 20, 2003). But Spencer wrote much on his own, including regular commentary on the Iraq war for The New Republic’s website, during which he changed, like others at the magazine, from a supporter to opponent of the decision to go to war. I particularly remember an outstanding cover story Spencer wrote on American Muslims. I would like to link to it, but the links to our archives are broken. It was called “Religious Protection: Why American Muslims haven’t turned to Terrorism,” and appeared Dec. 12, 2005.

“To The Ovens” On Christmas Eve, my long-time colleague John Judis urged us all to read Karl Marx to understand the financial crisis of 2008. Das Kapital, no less, but leaving volumes 2 and 3 on the shelf.  Only volume 1, thank God, almost 880 pages before the bibliography which starts roughly with Aristotle and ends with Xenophon.  My favorite and perhaps most illuminating passage in volume 1 is this:

One half, or 60/125 of the industrial labour categories investigated, had absolutely no beer, 28% no milk. The weekly average of the liquid means of nourishment in the families varied from seven ounces in the needle-women to 24 3/4 ounces in the stocking makers. The majority of those who did not obtain milk were needle-women in London. The quantity of bread-stuffs consumed weekly varied from 7 3/4 lbs. for the needle-women to 11-1/2  lbs for the shoemakers, and gave a total average of 9.9. lbs. per adult weekly…

Frankly, I find the chapter in volume 3 of Capital, “On the Realm of Necessity and the Realm of Freedom,” much more provocative than all of volume 1.  No matter.  The collapse of Lehman Brothers will not revive Karl Marx.  Nor will it revive Monopoly Capital by Paul Baran and Paul Sweezy, names I’d never expected to read again though Judis honors them as the font of his education in economics.  Perhaps they can be his excuse for why he doesn’t understand the contemporary world.  Fair enough. I was a student of Herbert Marcuse and I allowed him to twist my mind for quite awhile.

But they can’t be Judis’ pretext for why he fails utterly to grasp the reality of the Islamic jihad which, textually obliged in the Koran, is now again exploding throughout the world. On December 30, Judis wrote essentially to assert, approving of an article I had inferentially criticized, that there was no jihad and no jihadists in America.  Oh, my. Doesn’t he read the newspapers? Ever since September 11, there has been a substantial record built in our courts of pockets of Muslim immigrants around the country conspiring to commit terrorist acts.

As late as last week, on December 22, according to an article by John von Zielbauer in the New York Times, for example, a jury in the federal district court in Camden, New Jersey found five Muslim immigrants (three of them brothers, all illegals) guilty of jihad, that is, conspiring to attack the U.S. army base in Fort Dix, New Jersey.  In this, perhaps, they were trying to fulfill the ambition of Bill Ayers and his comrades (frustrated by a deadly explosion in a Greenwich Village mansion) also to bomb a Fort Dix dance and kill new recruits and their girlfriends.

As it happens, jihadism has less deadly manifestations than murder.  As the Ku Klux Klan had less deadly manifestations than lynching. This morning I watched a frightening episode in the public life of America.  It was a demonstration by, say, 200 Muslim immigrants in Fort Lauderdale against the Israeli air strikes over Gaza.  Now, the first amendment protects such demos, and I would not for a moment want to curb them.  But I ask each of you to pay attention to the details of what was being shouted.  Especially by the young women screaming, “Jews to the ovens.” No jihad in America, huh? Do we want such immigrants in our country?  Well, John, do we?

Bonus from "Call of the Mild":

The tragicomedy of Caroline Kennedy that she wanted to have David Paterson make her succeed in taking over Hillary Clinton’s United States Senate from New York. I was Chuck Schumer’s teacher in Gov. 1 and my first thought was: why won’t anyone permit him to make him the natural succession to his state’s senior senatorial seat…. Caroline made a mess of everything… of talking, thinking, reasoning, cajoling, a mess of even being a demure upper East Side housewife. Which is actually what she was. She ate at “Eat” and bought her meat at that cute Madison Avenue butcher shop. Oh, yes, a demure upper East Side housewife, with altogether non-conventional charities, of whom there were plenty. Which, if you want to sum it up, is a mess even of her conventionalities, like dining with Al Sharpton at some noisy Harlem eatery.  And that is how John-John would have collapsed his own ambitions if he had them….

I have no idea what that paragraph says. And I haven’t taken it out of context or anything. This man is in charge of a magazine? Tremble, fellow young would-be journalists, when you reflect that this is your desired vocation…. Peretz… who once claimed to have been friends with Martin Luther King… isn’t the only pundit with some views about Sylvia’s, the “noisy Harlem eatery” in question. As a matter of fact, Al Sharpton took Bill O’Reilly there as well. Here’s what O’Reilly had to say:

I couldn’t get over the fact that there was no difference between Sylvia’s restaurant and any other restaurant in New York City. I mean, it was exactly the same, even though it’s run by blacks, primarily black patronship... There wasn’t one person in Sylvia’s who was screaming, ‘M-Fer, I want more iced tea.’ You know, I mean, everybody was — it was like going into an Italian restaurant in an all-white suburb in the sense of people were sitting there, and they were ordering and having fun. And there wasn’t any kind of craziness at all.

Julia Ioffe's Piece on Ezra Klein: Hoisted from Others' Archives from Two Years Ago

From my perspective, for a decade now Ezra Klein and his peers have been conducting conducting a master class in how to inform citizens about their government, while the rest of Washington journalism has been reheating leftovers--with the ex-WonkBlog Fred Hiatt-Len Downie-Marty Baron Washington Post leading the way in reheating leftovers and making Marriott's lowest-price institutional kitchens look like the French Laundry.

Julia Ioffe, however, wrote about an Ezra Klein "the 28-year-old prince of D.C. media" who:

Strange. That is not and was not the interesting story. It is not even, especially, true...