Making Do with More 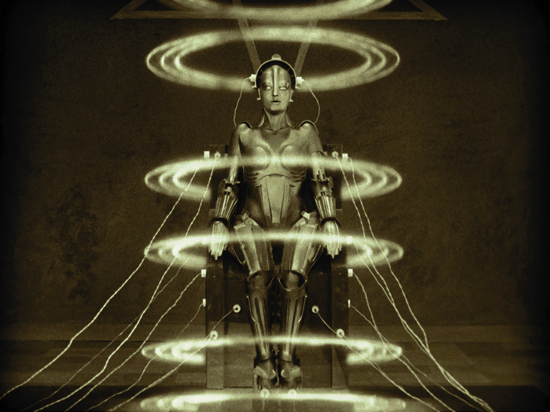 Over at Project Syndicate: If we as a species can avoid nuclear war; curb those among us who are violent because they are God-maddened, state-maddened, or ethnicity-maddened; properly coordinate global action to reduce global warming from its current intolerable projected path to a tolerable one, adapt to the global warming that occurs, and distribute paying for the costs of that adaptation--well, if we can do all of those things, the human race can have a very bright future indeed.

In the United States today, 16% of workers are in office and administrative support; 11% in sales; 11% in food growing, preparation, and serving; 10% in management and business and financial operations; 9% in healthcare and healthcare support; 7% in transportation and materials-moving; 7% in production; 6% in education and training; 4% in installation, maintenance, and repair; 4% in construction and extraction; 3% in personal care services; 3% in computer and mathematical occupations; 2% in protective services—and 7% in the rest.

All of the extracting and growing and building and making and carrying--even the carrying from the kitchen to the restaurant table, and even the making that is the transformation of coffee grounds and water into hot caffeine-laden liquid--takes up only three in ten jobs in the United States today. The rest--seven in ten jobs in America today, and growing--are made up of planning what to make, figuring out where what we have made needs to be installed, using what we make to perform personal services for one another, and the entire overhead of talking to each other and keeping track of what we are doing so that we can figure out what to do next. And here the United States does, as Karl Marx said, prefigure the future of the rest of the world.

Thus a North Atlantic that is satiated in terms of our true needs is at hand: enough organic carbon-hydrogen bonds to break to keep us all energized, enough vitamins and other nutrients to keep us healthy, enough shelter to keep us dry, enough clothing to keep us warm, enough capital to keep us at least potentially usefully busy, and enough entertainment to keep us from being bored—and all at a labor-time cost that is now less than two hours a day of outside-the-household work.

We are not there yet--the robotization of manufacturing, kitchens, and construction will take another generation, perhaps. And the rest of the world looks to be 50 years behind the North Atlantic. But it now looks like when John Maynard Keynes said that for the grandchildren of his audience:

That this extraordinary ongoing occupational shift away from occupations making the true necessities and the useful conveniences of life to occupations performing personal services, accounting, planning, control, persuasion, and social-status game-playing functions is now well underway and will continue is clear.

But how are we to square this with the fact that you have to squint hard and put your thumb on the scale to assert even half-confidently that working-class and even middle-class Americans live any significant amount better than their predecessors did thirty-five years ago?

And how do we square this with the ebbing of productivity growth as tracked by John Fernald and Bin Wang and the depressing headwind-gale retarded forecasts of Robert Gordon? As Larry Summers said last week at the Brookings Institution’s Hamilton Project:

[if] technology [is] having huge and pervasive effects… you would expect it to be producing a renaissance of higher productivity [growth]...

that we simply do not see.

My preferred reconciliation is to note that the value provided by information-age commodities is very hard to track. Rival and excludible commodities lend themselves to a private property-based market economy. That they are excludible--that their “owners” can easily keep others from making use of them should they choose--gives an enormous amount of bargaining power to those who control the production-distribution-coordination nexus. That they are “rival”--that two people cannot use the same one at the same time--creates a demand to produce at enormous scale which gives an enormous amount of bargaining power to others in the production process who own factors that if not scarce now soon will be given the requirements of mass production.

As a result, money flows appear wherever utility and value are provided--and those money flows are easy to track in national accounts. But non-rival, non-excludible information-age commodities are a very different beast: difficult to properly incentivize their creation, difficult to monetize their distribution, and difficult to track in national accounts. Thus a larger and larger wedge emerges between growth in utility as measured by true willingness-to-pay and growth in real measured national product.

But redesigning our economic system to properly incentivize and redesigning our national accounts to properly measure the completion of the ongoing information-age occupational revolution are only two of our four problems. In addition: Distribution must match effective demand to total income earned. And distribution must create a middle-class society rather than one of techno-plutocrats and their service-sector serfs.

And here Larry Summers has said it better than I have been able to:

Folks, wage inflation in the united states is 2%.…. What we need is more demand and that goes to… how we operate macroeconomic policy, and the enormous importance of having tighter labor markets, so that firms have an incentive to reach for workers….

We have record low real interest rates…. We have record high profits…. There's a lot of rents in what we're calling “profits” that don't really represent a return to investment…. Who's going to get those rents? That goes to the minimum wage; goes to the power of unions; goes to the presence of profit-sharing, goes to the length of patents and a variety of other government policies that confer rents; and then, when those are received, goes to the question of how progressive the tax and transfer system is….

Making Do with More

Over at Project Syndicate: If we as a species can avoid nuclear war; curb those among us who are violent because they are God-maddened, state-maddened, or ethnicity-maddened; properly coordinate global action to reduce global warming from its current intolerable projected path to a tolerable one, adapt to the global warming that occurs, and distribute paying for the costs of that adaptation--well, if we can do all of those things, the human race can have a very bright future indeed.