Things I Probably Will Have Time to Say

It could have turned out very differently.

It could have been that the money-center universal banks did understand their derivatives books. It could have been that, after the financial crisis, trust in financial intermediaries would rebuild itself quickly. It could have been that the North Atlantic's central banks would have been able to nail market expectations to a rapid return to normalcy, thus providing cash holders with powerful incentives to spend. It could even have been the case that fiscal expansion would have proven ineffective. It was Karl Smith who pointed out to me that in the guts of even the IS-LM model, fiscal policy expands I+G private spending [satisfied, RJW?] by reducing the perceived average riskiness of and thus getting households to hold more. In the model it is guaranteed that a sovereign that issues more debt thereby necessarily reduces the perceived riskiness of average debt. In the world not. READ MOAR

If you had asked me back in 2005 whether the world could possibly turn out to be as "Old Keynesian" as it has turned out to be over the past decade, I would have said: No.

Now there are two possible ways we can respond, given how the world has surprised us over the past decade:

We can turn our excellent brains to constructing increasingly implausible rationalizations for why what we thought in 2005 was right after all.

Or we can mark our beliefs to market.

I strongly recommend the second.

That is all I am going to say about fiscal policy in the short run--with the note that these days the "short run" is not the two or three years I used to teach my undergraduates, but rather a period of time that is uncertainly and terrifyingly long.

So let's move, in our imagination at least, into the medium run in the North Atlantic: into a world in which short-term safe nominal interest rates rarely if ever hit the zero nominal bound, and the full employment and price stability stabilization-policy mission could be left to central banks and monetary policy.

First question: Can, in a political-economy sense, central banks be trusted with this mission? Are they not captured, to too great an extent, by the commercial-banking sector that, myopically, favors higher nominal interest rates to directly improve bank cash flows and indirectly dampen inflation and so redistribute wealth to nominal creditors--like banks? No, they cannot be trusted. Yes, they are so captured. This is a problem.

Second question: What is the proper size of the twenty-first century public sector? We all know the stringent requirements for market optimality: rivalry, excludibility, information symmetry, a distribution of wealth that accords with utility and desert, competition, neutralization of price stickiness, financial regulation to offset positive-feedback, along with other largely-fruitless attempts to deal with other behavioral-economics failures of human calculation: envy, spite, myopia, salience, and so forth.

As we move into the twenty-first century, the commodities we want to produce are becoming less "Smithian". More education--and I do not think anyone in the U.S. is happy with the decisions twenty-year olds are currently making about how much education they should get and how to finance the debt incurred. Deciding to fund education via long-term loan-finance and to leave societal cost-benefit investment calculations in the hands of adolescents: not a good idea.

Pensions: The privatization of pensions via 401k(s) has been, I think, a disaster. The rise in finance from 15% to 40% of profits has come from somewhere, and one big somewhere has been the ability of Wall Street to tempt investors to churn their 401(k)s--the 0.01% exploiting the 5% that are the investing class. Health-care spending as a share of total income will cross 25% if not 33%. In the U.S., we are making one last effort to preserve a private insurance market for those rich enough for insurance companies to value their willingness to pay and young enough for insurance companies to be willing to bear the risks. But information asymmetries are large and mounting as expenses riss. Enough said.

The twenty-first century will see information goods a much larger part of the total pie than the twentieth. And if we know one thing, it makes no microeconomic sense at all for services like those provided by Google to be funded and incentivized by how much money can be raised not off of the value of the services provided, but off of the fumes rising from Google’s ability to sell the eyeballs of the users to advertisers as an intermediate good. Infrastructure? R&D?

Now we know that as bad as market failures can be, government failures can be worse. We badly need new effective institutional forms. But the decreasing salience of "Smithian" commodities in the twenty-first century means that rational governance would expect the private-market sphere to shrink relative to the public.

This is very elementary micro and behavioral economics. We need to think about what its implications for public finance are.

Third, the proper size of the government debt. Back in the Clinton administration--back when the U.S. government's debt really did look like it was an an unsustainable course--we noted that the correlation between shocks to U.S. interest rates and the value of the dollar appeared to be shifting from positive to zero, and we were scared that the U.S. was alarmingly close to its debt capacity and needed major, radical policy changes to reduce the deficit. Whether we were starting at shadows then, or whether we were right then and the world has changed since, or whether the current world is in an unstable configuration and we will return to normal within a decade is unclear to me.

But right now financial markets are telling us very strange things about the debt capacity of reserve currency-issuing sovereigns. 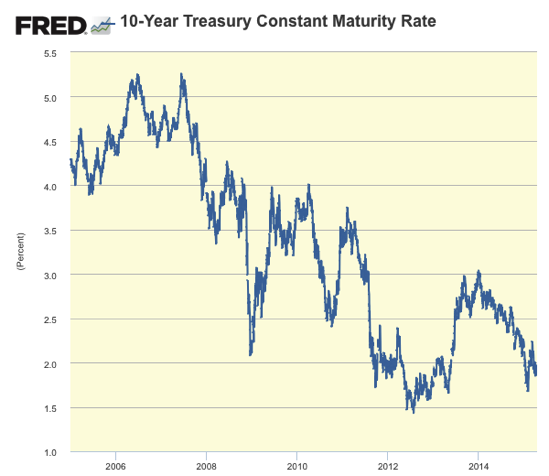 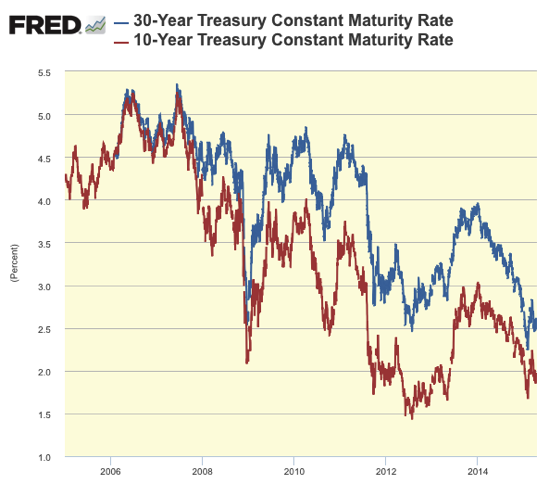 Now nobody sees the United States or the North Atlantic economies as dynamically inefficient from a Golden Rule growth-theory standpoint as far as our investments in private physical, knowledge, and organizational capital are concerned. r > g by a very comfortable margin. Investments in wealth in the form of private capital are, comfortably, a cash-flow source for savers.

But there is this outsized risk premium, outsized equity and low-quality debt premium, outsized wedge. And that means that while investments in wealth in the form of private capital are a dynamically-efficient cash-flow source for savers, investments by taxpayers in the form of paying down debt are a cash-flow sink. Over the past 100 years, in the United States, at the margin, each extra stock 10% of annual GDP's worth of debt has provided a flow of 0.1% of GDP of services in taxpayers in increased primary expenditures or reduced taxpayers.

What is the elementary macroeconomics of dynamic inefficiency? If a class of investment--in this case, investment by taxpayers in the form of wealth held by the government via amortizing the debt--is dynamically inefficient, do less of it. Do less of it until you get to the Golden Rule, and do even less if you are impatient. How do taxpayers move away from dynamic inefficiency toward the Golden Rule? By not amortizing the debt, but rather by borrowing more.

Now we resist this logic. I resist this logic. I tend to say that we have a huge underlying market failure here that we see in the form of the equity return premium--a failure of financial markets to mobilize society's risk-bearing capacity, and that pushes down the value of risky investments and pushes up the value of assets perceived as safe, in this case the debt of sovereigns possessing exorbitant privilege.

But how do we fix this risk-bearing capacity mobilization market failure? And isn't the point of the market economy to make things that are valuable? And isn't the debt of reserve-currency issuing sovereigns an extraordinarily valuable thing that is very cheap to make? So shouldn't we be making more of it?

Looking out the yield curve, such government debt looks to be incredibly valuable for the next half-century, at least.

And this gets us to the last question: isn't high government debt--even for a reserve currency-issuing sovereign--risky?

What if there is a sudden downward shock to the willingness of investors to hold this debt? What if the next generation born and coming to the market is much more impatient than the current one? Governments might then have to roll over their debt on terms that require high debt-amortization taxes. If the debt is high enough, those taxes could push economies up the Laffer curve. Could that render the debt unsustainable, or the decision to tolerate a high government debt unwise?

Two considerations make me think that this is a relatively small danger. First, when I look back in history I cannot see any such strong fundamental news-free negative preference shock to the willingness to hold the government debt of the North Atlantic’s major powers s. The North Atlantic fiscal crises we see both after and before the advent of parliamentary goverment--of the Weimar Republic, Louis XIV Bourbon, Charles II Stuart, Felipe IV Habsburg, and so forth--appear driven by fundamental news: a government that loses its power to tax or its willingness to repay its debt. Second, as Rinehart and Rogoff point out at great length, 20th and 19th Century North Atlantic governments have proven able to tax their financial sectors via financial repression with great ease. And the amount of real wealth for debt amortization that can be raised by financial repression scales roughly with the value of outstanding government debt.

It is large-scale borrowing in harder currencies--or writing unhedged puts on your currency--that is the source of real trouble.

Things I Probably Will Have Time to Say

It could have turned out very differently.

It could have been that the money-center universal banks did understand their derivatives books. It could have been that, after the financial crisis, trust in financial intermediaries would rebuild itself quickly. It could have been that the North Atlantic's central banks would have been able to nail market expectations to a rapid return to normalcy, thus providing cash holders with powerful incentives to spend. It could even have been the case that fiscal expansion would have proven ineffective. It was Karl Smith who pointed out to me that in the guts of even the IS-LM model, fiscal policy expands I+G private spending [satisfied, RJW?] by reducing the perceived average riskiness of and thus getting households to hold more. In the model it is guaranteed that a sovereign that issues more debt thereby necessarily reduces the perceived riskiness of average debt. In the world not. READ MOAR