You Can Say What You Want About Modern American Libertarianism, But at Least It's an Ethos! 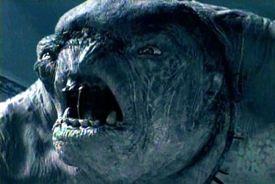 I am sorry. You are going to have to bear with me. The runup to April Fools' Day was not, unfortunately, in and of itself enough to get my desire to troll out of my system...

A set of thoughts provoked by reading my archives and talking to Noah Smith:

That we have no socialism is connected closely to the fact that we believe we are a country of opportunity populated by millionaires--some currently flush, many currently embarrassed.

The absence of a truly strong American fascism is more of a puzzle. Noah hypothesizes that the normal supports of fascism have, here in America, been corrupted in America by libertarianism. It is only in America, Noah says, that the key ideological and cultural blocks that elsewhere are the soil for blood-and-soil-and-authority politics have an affinity for politicians who will make the national government smaller and less intrusive, rather than larger and more intrusive. Admittedly, this is so because they fear the government will tell them not to discriminate against African-Americans, or to give women equal pay for equal work. But it is so.

Thus the news here is that fascism has been corrupted and hence largely neutralized by libertarianism.

But are we liberals satisfied? No:

Don’t I have better things to do, like think about greasy black marsh mud?

In South Carolina where my dad lives, there are several types of mud in the saltwater marsh, one of which is a peculiarly oily blackish-gray, and not only fetid with decomposed marsh grass roots but brutally slippery, such that if you step on a patch without realizing it you are likely to fall right on your ass with your hand on a pile of oyster shells, which will give you long, shallow but jagged cuts. And the cuts get full of mud too! Damn but that smarts. I think I’ma just think about that for a while; it’s more restful than considering whether anyone, anywhere, might be this much of a godforsaken moron, even a libertarian...

This is the kind of thing that I hesitate to say in a CT comments thread lest I become the red meat, but: in my view Bryan is clearly wrong even on libertarian grounds, and even on narrowly-formal libertarian grounds (e.g. without invoking Kerry Howley’s culture-of-freedom idea).

The contortions he’s having to go through in order to deny that massive restrictions on formal, legal, individual liberties actually count--the selective invocation of extra-formal considerations like marital comity, without admitting in extra-formal considerations like a patriarchal public culture--are very telling. His mistakes (at least in this case) aren’t libertarian mistakes per se...

It may not have much to do with true libertarianism, Jacob. But it has a lot to do with really existing libertarianism. How long ago was it that people at the Cato Institute were mourning the possession of the franchise by XX chromosomed persons?...

I can now say, with a good conscience, that Bryan Caplan has responded to his critics. It is a wonder to behold....

First, a lot of the trouble here obviously rotates around the issue of systematic social oppression. Caplan barrels straight through like so: “there’s a fundamental human right to non-violently pressure and refuse to associate with others.” That hardly speaks to real concerns about violence.

But beyond that Caplan doesn’t notice that, even if he’s right about this fundamental human right, he’s no longer even defending the proposition that women were more free in the 1880’s, never mind successfully defending it. He’s defending the proposition that there is a fundamental right, which can be exercised, systematically, to make women much less free, that was better protected in the 1880’s.

So if women value this libertarian right more than freedom, they might rationally prefer that sort of society.

You Can Say What You Want About Modern American Libertarianism, But at Least It's an Ethos!

I am sorry. You are going to have to bear with me. The runup to April Fools' Day was not, unfortunately, in and of itself enough to get my desire to troll out of my system...

A set of thoughts provoked by reading my archives and talking to Noah Smith: