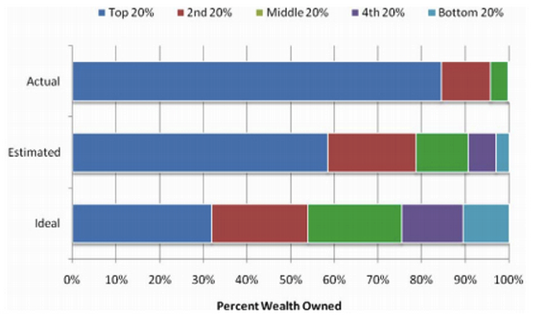 ...with Michael Norton about the American public's perception of wealth distribution in the United States. They asked a nationally representative sample (N= 5,221) what they considered to be the ideal wealth distribution in the U.S. and what they estimated it actually was. They then contrasted these numbers with the actual distribution. The results are rather jarring. Although the sample expressed a preference for a relatively equitable distribution, in reality the top 20% of Americans have around 85% of the wealth and the bottom two quintiles don't even register on the scale.