What We Got Here Is a Failure to Do the Government Debt Amortization Arithmetic... 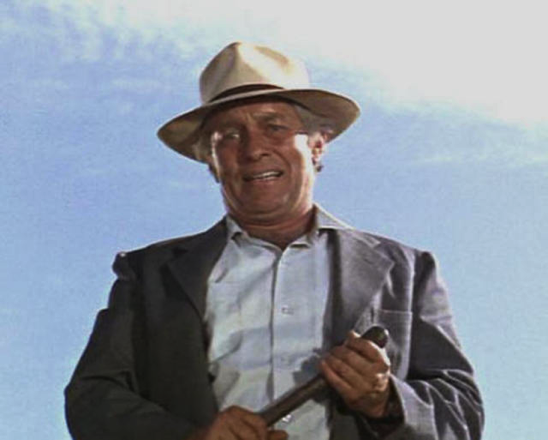 Over at Equitable Growth: Dean Baker once again marvels at the Washington Post's inability to figure out that the calculus of debts and deficits is fundamentally different today than back in the early 1980s. When long-term interest rates on government debt are 2%/year below the growth rate of the economy, things are very different from what they are when they are 3%/year above the growth rate of the economy. READ MOAR

In the second case increasing the government debt is a burden imposed on future taxpayers in order to mobilize resources to do things in the present. In the first case increasing the government debt mobilizes resources for the present and also... provides a valuable source of safety to make investors sleep easier and be happier... and imposes no burden on future taxpayers. A higher national debt is thus indeed a larger national blessing:

Dean Bakr: It's Monday Morning and Robert Samuelson Is Once Again Confused About the Economy: "After telling us that there is no easy exit... for Greece, Samuelson goes on:

But it’s important to note that Greece’s predicament, though extreme, is shared by many major countries, including the United States, Japan, France and other European nations.... [The standard view]... is [that government] debt [is not] automatically bad. It has obvious productive uses: to fight severe recessions; to pay for wars and other emergencies; to finance public ‘investments’ (roads, schools, research). Unfortunately, this standard view of government debt... does not fully apply now... [because] numerous countries face similar problems [to Greece's]...

Let's see.... The United States can borrow long-term at less than 2.3 percent interest.... Canada can do even better, paying just 1.7 percent. Those no good lazy croissant eating French types... 1.3 percent.... Germans have to pay just 0.8 percent, a bit more than the hugely indebted Japanese who can get away with paying less than 0.5 percent.... The world is suffering from a huge shortfall in demand. We need people, businesses, and/or governments to spend money. Unfortunately the deficit gestapos are preventing more spending for reasons that defy logic but undoubtedly make sense to them...

This is, I think, one more example of why anyone who pays for the Washington Post or lets what is in the ex-Wonkblog Washington Post affect their thinking on matters of substance rather than merely to gain information about what is being asserted--is wasting their money or their brainpower.

Backing up, there are four arguments against the U.S. today running a larger government deficit, spending the resources raised on building more infrastructure, and financing it by issuing long-term debt:

The answer to (1) is: If we are not going to try to make good policies--and are not willing to risk that the electorate will ultimately reward good policies--why are we here? If we are going to enact the bad policies of our political adversaries, why not just let them govern? Then we could go off to Silicon Valley and try to invent something useful that would make the world a better place. And then we could stand to look ourselves in the mirror in the morning.

The answer to (3) is: You only become "Greece" or "Argentina" when you (a) owe large debts in a harder currency than your central bank can print, or (b) lack the regulatory authority to require your financial system to maintain its reserve deposits at the central bank. "But what if people lose confidence and the interest rates on your long-term debt spike?" you ask. Then your outstanding long-term debt has a very low value, so you buy it back and make an immense profit.

The answer to (4) is: What catastrophe are you thinking of? We are not in the situation of the British Empire in the eighteenth century, able to mobilize resources for war only via borrowing-and-spending. When World War II began the British people put all their property and their selves at the disposal of the Crown--you do not need "fiscal space" to fight a total war. Suppose we restrict ourselves to economic catastrophes. Europe now faces the worst such ever. The United States now faces the worst one in eighty years. Britain drove its debt-to-annual-GDP ratio up to 3 to fight the Napoleonic Wars in the days when you did need to use fiscal space to mobilize military resources. If the available fiscal space is not to be used now, under what circumstances is it ever to be used? And remember Ralph Hawtrey: a reserve that you never use is not a reserve at all.

What We Got Here Is a Failure to Do the Government Debt Amortization Arithmetic...

Over at Equitable Growth: Dean Baker once again marvels at the Washington Post's inability to figure out that the calculus of debts and deficits is fundamentally different today than back in the early 1980s. When long-term interest rates on government debt are 2%/year below the growth rate of the economy, things are very different from what they are when they are 3%/year above the growth rate of the economy. READ MOAR