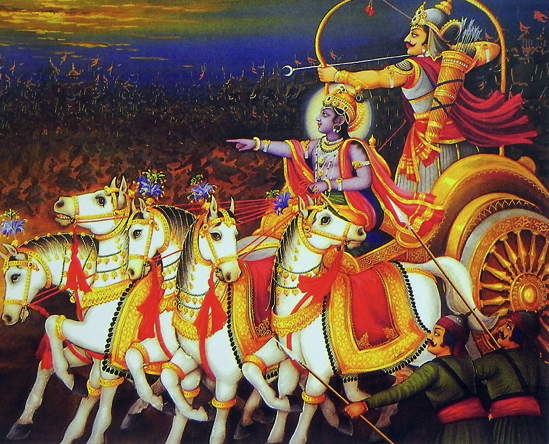 Our former student here at Berkeley Lemin Wu has thought seriously and deeply about all of this. So let me crib from him. Paul asks what really are two interlinked questions:

The place to start is with the observation that Malthusian mechanisms are operating. "Subsistence" in Malthusian theory is a term of art. It can mean populations under extreme and intense nutritional stress: women then stop ovulating, and children's immune systems are then so compromised that they drop like flies when bronchitis hits. But it does not have to. What it does mean is that the standard of living and social institutions are such that the average woman has two children or a hair more that survive to reproduce, and that as a result average rates of population growth are glacial.

Now average rates of population growth were glacial. We expect a pre-artificial birth control human population that is nutritionally-unstressed to roughly double every twenty-five year generation: that appears to have happened wherever and whenever farmers newly colonize an area with abundant land previously inhabited by hunter-gatherers. Yet, as best as we can judge, between 8000 BC and 1000 BC the average worldwide rate of population growth was roughly 0.05%/year—1.3%/generation. From 1000 BC to 1 it was roughly 0.1%/year—2.5%/generation. And From 1 to 1500 it was back down to 0.5%/year—again, 1.3%/generation.

Either these populations were often near and frequently over the edge, so that indeed women were too skinny to ovulate and children were so malnourished that their immune systems were badly compromised, or powerful sociological factors were driving a wedge between how rapidly the population could, biologically, reproduce and grow, and how rapidly it did grow.

As Lemin puts it, four sociological factors can drive a wedge between the post-pillage or poar-organized extortion (by thugs-with-spears and thugs-with-scrolls) living standards of the bulk of the population and bare biological subsistence:

And there are other, less patriarchal ways: Phoenician and Greek Mediterranean trading networks allowing for greater variety of diet and cross-regional pooling of scarce non-food resources like tin, amber, spices, wood, and so on without substantially impacting reproductive fitness. Imperial Roman artisan productivity taking advantage of economies of scale and distribution.

Most of these "preventative check" mechanisms exert draconian control over female sexuality, freedom, and autonomy. But they allow a population in balance with resources and material comfort much higher than that of the "positive check".

This, however, only answers question 1—how do you get a large middle class above biological subsistence?

Think about this, and recognize that an aristocracy faces the same Malthusian pressures and dilemmas as does the population as a whole. The population, the demos, lives off the limited resources provided by the land. The aristocracy, the aristoi, live off the wedge between what the demos produce and what they consume. If the aristoi do not find social mechanisms to constrain their numbers, their standard of living will also tend to settle at a point so low that their numbers no longer grow at all rapidly. And the social mechanisms to keep the population growth rate of the aristoi down are in part the same—the patriarchal mechanisms of female infanticide, prolonged female virginity, and substantial permanent female celibacy—plus in part excess male deaths in war, in the duel, or in the hunt among the aristoi. The alternative is to wind up with a very large "upper class" indeed, one made up of huge numbers of princes—but princes who live little better than peasants: think Armenia, or Don Quixote's La Mancha.

Tax rates too low leave them with too few resources vis-a-vis neighboring aristocracies.

Tax rates too high leave them with too low a population base.

If extent of territory is too small, they get absorbed.

If extent of territory is too large, they suffer rebellion and fraction.

Moreover, the tax collectors have to be efficient enough and the soldiers competent enough that the phalanx or whatever is large enough and skilled enough on the battlefield—which means that the upper classes live not in attractive luxury but, rather, "return with your shield or on it", and there is a premium on figuring out how to attach the middle class to the aristoi to fill out the battle line—to acquire and maintain what Ibn Khaldun called assibiyah, which is difficult because the middle class's share of the benefits from rule by the current dominant group is not all that large. Add in balance-of-power considerations, and the natural diffusion of technology and organization leads us to expect to see an agrarian world dominated by ruling classes that lead dangerous warrior lives, mistreat women, and govern moderately-sized principalities in semi-stable military-political equilibrium with each other. True "empires" should be rare, and evanascent: think Timur-i-Leng, Ashoka, or even Charlemagne.

Against this backdrop of "normal" agrarian civilization patterns, I think can see, dimly, ten substantial anomalies in pre-industrial Eurasia plus Mediterranean Africa:

And at this point I lose my ability to generalize. Everything seems very different from everything else.

For example, consider the Loyal-Spirit Great Kings of Iran--that is, the Haxamanishya—Akhaemenid—dynasty Persian emperors of 550 to 330 BC. (Yes, I know that the standard translation of the claimed dynastic founder's name Haxamanish—Akhaemenes—means "having the mind of a follower"; but really!: Loyal-Spirit.) They ruled from the Oxus to the Nile, from the Danube to the Indus. They controlled nine times the area and three times the population of any previous Middle Eastern empire. This imperial construction by Kurush the Great was an extraordinary political-military feat. The empire's maintenance and stabilization under Darayavush the Great and his successors after the dire and mysterious crisis of 522 BCE—that is probably an equal feat. Any one of Ionia, the Hittite lands, Cilicia, Armenia, Syria, Egypt, Assyria, Sumer, Akkad, Elam, Media, Parsa, Baktria, Sogdiana, and more would have made and did make a fine independent kingdom on its own before the coming of the Loyal-Spirit Great Kings.

Why? And how? Luck—Kurush the Great and Darayavush the Great, certainly. But were they any greater than Timur-i-Leng, or Charlemagne, or Ashoka? They had an edge that an Ashurbanipal, Ramses, Suppiluliumas, Nebuchadnezzar, or Sargon did not. What was it?

My suspicion is that Parsa was close enough to southern Mesopotamia and also close enough to Iranian pastures. They were thus able to figure out how to tax that densely-populated irrigated-farming population of southern Mesopotamia. And at the same time they were able to figure out how to use the horse-mounted herders of the Iranian pasture. Add in the growing size of then-modern larger horse. These meant that they had advantages in communications, in mobility, in the use of the bow, in the use of the rider for combat, and in the logistics of resource mobilization. They thus brought the age of iron and horse to the Fertile Crescent in a way that had not been possible in the age of bronze and chariot, or even iron and chariot.

But I do not know,

I do not claim to know, and I have not found anybody who does know. Nor do we know why the empire held together, save that it repeatedly almost did not.

And, of course, the rule of the Loyal-Spirit Great Kings of Iran is followed by something even more extraordinary. At the end of the Haxamanishya Empire there is what is probably best called its LBO, by Alexander the Great of Macedon, and then by his marshals who became his successors.

They started in Thrace with about 50,000 trained Macedonian soldiers. They moved into Asia. They then added, over the next two generations, perhaps 300,000 Greek-speaking colonists. With that base, they controlled the bulk of what has been the Persian Empire for more than two centuries. They ruled over 40 millions of subjects speaking different languages while retaining their Hellenic identity. And they did so while spending most of their military energies fighting one another.

How did they manage it?

The Hellenic speakers appear to have moved in with plenty of what Ibn Khaldun called assibiyah: they had their disagreements, but the one thing they agreed on was that they were Greek (or Macedonian) and the rest were barbarians. Centuries of hoplite warfare and the snake pit was Classical Greece appear to have produced an expectation of military discipline in the phalanx that others found it very hard to match—and also a substantial degree of technological superiority both in building and then in taking walled cities. It is not for nothing that people seeking to praise Demetrios of Macedon, the first Antigonid king, named him Demetrios the Besieger.

Hellenic-populated fortified cities spread throughout the fertile crescent, with walls built by Hellenic engineers and masons, irritated by dams and canals designed by more Hellenic engineers, and populated by Hellenic colonists were something with little if any precedent in previous Eurasian history. Alexandria-in-Egypt. Al-Fayyum. The (surprise) ten cities of the Dekapolis. Seleukia-on-Tigris, Seleukia-in-Peria, Antiokh-on-the-Orontes, and many, many more. Urbanization, irrigation, and colonization led to domination.

At the start of the Hellenistic age, east of Ionia and south of Crete Greek and Macedonian speakers were perhaps 1% of the population of the lands ruled by diadokhi who considered themselves Hellenes. By the end of the Hellenistic age, the number was up to perhaps 10%—as the periphery and the east fell away, as the number of Greek-speakers grew by natural increase since their kings gave them the best and ample land, and by the Hellenization of the upwardly mobile. Yet the soldiers, the colonists, and their descendants retained their ethnocultural identity as *Hellenes. Four centuries after Alexander the Great, we find St. Paul of Tarsus trying to manage a fractious cult congregation that is composed of, yes, Greeks and Jews. There was a king as late as the year 1 called Strato Soter Dikaios—Strato the Just Savior—ruling in the Punjab. Hw put an image of Athene holding a thunderbolt, of all things, on the back of his coins.

It was the most impressive thing around.

Before the Roman Empire.