None of Concerns About Inflation, Employment, Financial Stability, or Inequality Justify Raising Interest Rates Over the Next Year or So... 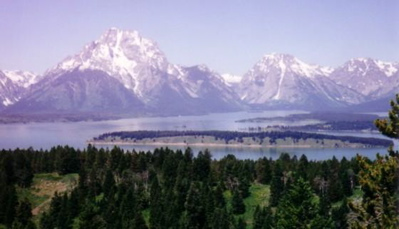 Jackson Hole 2015 Weblogging: Over at Equitable Growth: Lawrence Summers: The Fed looks set to make a dangerous mistake: "The Federal Reserve’s September meeting [might] see US interest rates go up... and...

...barring major unforeseen developments... will... be increased by the end of the year.... The Fed has been careful to avoid outright commitments. But... raising rates in the near future would be a serious error...

More than half the components of the consumer price index have declined in the past six months.... Market-based measures of expectations suggest... the next 10 years['] inflation will be well under 2 per cent. If the currencies of China and other emerging markets depreciate further, US inflation will be even more subdued...

It would threaten the Federal Reserve's ability to fulfill its mandate to deliver maximum feasible employment:

Tightening policy will adversely affect employment levels because higher interest rates make holding on to cash more attractive than investing it. Higher interest rates will also increase the value of the dollar, making US producers less competitive and pressuring the economies of our trading partners...

And this has an extra bonus drawback--it raises inequality:

Studies of periods of tight labour markets like the late 1990s and 1960s make it clear that the best social programme for disadvantaged workers is an economy where employers are struggling to fill vacancies...

The standard argument for raising rates is that it is a way to guard against financial instability. Summers says, again correctly, that if this was ever true it is not true now:

There may have been a financial stability case for raising rates six or nine months ago, as low interest rates were encouraging investors to take more risks and businesses to borrow money and engage in financial engineering..... That debate is now moot. With credit becoming more expensive, the outlook for the Chinese economy clouded at best, emerging markets submerging, the US stock market in a correction, widespread concerns about liquidity, and expected volatility having increased at a near-record rate, markets are themselves dampening any euphoria or overconfidence.... fragility, raising rates risks tipping some part of the financial system into crisis, with unpredictable and dangerous results.

Let me repeat something I wrote last week:

Remember: the last four times the Federal Reserve has started raising interest rates, it has had no clue where the economic vulnerabilities lie:

In fact, it's not four for four over the past forty years, it's five for five over the past fifty years--if you count the early-1970s episode of which the Penn Central financial-engineering bankruptcy was the most prominent feature, the one that would have bankrupted Goldman Sachs if not for regulatory forbearance, as one.

Economists in general--including me: in 2003-2007 I was looking at the trade deficit, global imbalances, and the dollar as the likely source of the potential next major financial crisis; not at subprime, derivatives, and attempted regulatory arbitrage by large money-center universal banks--and the people in the Eccles and Martin buildings in particular are bad at understanding how and where the financial system is fragile and vulnerable. This should come as no surprise. Economists looking at the financial-monetary system with an eye toward guarding against systemic risk are part of the same intellectual community as those advising bankers and financiers about potential major tail risks. If that community sees a major tail risk, then their principals among the bankers and financiers--people who very much want not to lose all their chips in a month and have to stop playing the game--will take steps to guard against that particular tail risk, and it will cease to be. Thus it is overwhelmingly likely that a major tail risk in finance that hits the economy in a big way will be one that has been grossly understressed and underestimated in the briefings held in the Eccles Building.

Let us take a saying of the justly maligned Donald Rumsfeld--a saying that he ought to have paid attention to, and did not--and twist it to our purposes: there is one thing we know for certain about financial vulnerabilities and risks of financial crisis: there are major unknown unknowns out there. The Federal Reserve does not know what they are. And I see no signs that the Federal Reserve even knows that there are major unknown unknowns about which it does not know.

Thus I cannot see a plausible benefit-cost analysis that leads to any rational decision to raise interest rates absent forecasts that show either significant current or the high likelihood of rapid emergence of unwanted inflationary pressures.

Yet the Federal Reserve is going to move. And it is going to start its move, with high probability, before the end of this year.

Why, then, do so many believe that a rate increase is necessary? I doubt that, if rates were now 4 per cent, there would be much pressure to raise them...

That pressure comes from a sense that the economy has substantially normalised during six years of recovery, and so the extraordinary stimulus of zero interest rates should be withdrawn. There has been much talk of ‘headwinds’ that require low interest rates now but this will abate before long, allowing for normal growth and normal interest rates...

But I would say that the economy is still extraordinarily not-normal along at least six dimensions:

With all six of these extraordinary non-normalities still on the table, why should the fact that the unemployment rate and capacity utilization are no longer extraordinarily non-normal lead to any presumption that interest rates ought to be near-normal as well?

As Summers puts it:

Whatever merit this view [that near-normal capacity utilization and unemployment call for near-normal interest rates] had a few years ago, it is much less plausible as we approach the seventh anniversary of the collapse of Lehman Brothers. It is no longer easy to think of economic conditions that can plausibly be seen as temporary headwinds. Fiscal drag is over. Banks are well capitalised. Corporations are flush with cash. Household balance sheets are substantially repaired. Much more plausible is the view that... the global economy has difficulty generating demand... the ‘secular stagnation’ diagnosis, or the very similar... Ben Bernanke['s]... ‘savings glut’.... This is why long term bond markets are telling us that real interest rates are expected to be close to zero in the industrialised world over the next decade.

New conditions require new policies... promot[ing] public and private investment so as to raise the level of real interest rates consistent with full employment. Unless these new policies are implemented, inflation sharply accelerates, or euphoria in markets breaks out, there is no case for the Fed to adjust policy interest rates.

Now Janet Yellen and Stanley Fischer at the head of the Federal Reserve see exactly what Larry Summers sees, and think all in all very much as Larry Summers does. Janet would, I think, probably say that she never had a better student in her classes than Larry Summers. (Stan might say that he might be able to think of a very, very few.) So why have they reached a different conclusion than he has?

And here I must stop. This is something that is mysterious to me.

I do note that this is an especially urgent question because of the following. Several years ago there was a very widespread perception--and, as my friend Larry Summers's chief internet apologist during the public discussion of whether Barack Obama should nominate him or Janet Yellen to chair the Fed, I know how widespread this perception was--that Larry Summers was more conservative than Janet Yellen. Yet now she now appears much less averse to raising interest rates than he.

None of Concerns About Inflation, Employment, Financial Stability, or Inequality Justify Raising Interest Rates Over the Next Year or So...

Jackson Hole 2015 Weblogging: Over at Equitable Growth: Lawrence Summers: The Fed looks set to make a dangerous mistake: "The Federal Reserve’s September meeting [might] see US interest rates go up... and...

...barring major unforeseen developments... will... be increased by the end of the year.... The Fed has been careful to avoid outright commitments. But... raising rates in the near future would be a serious error...