Central Banks Are Not Agricultural Marketing Boards: Depression Economics, Inflation Economics and the Unsustainability of Friedmanism 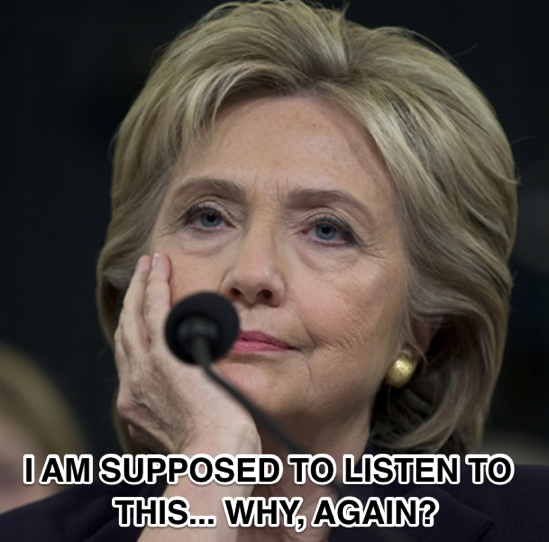 Over at Equitable Growth: Insofar as there is any thought behind the claims of John Taylor and others that the Federal Reserve is engaged in "price controls" via its monetary policy actions.

There is no thought at all behind such claims at all.

Insofar as one did want to think, and so construct an argument that the Federal Reserve's monetary policy operations are destructive and in some ways analogous to "price controls", the argument would go something like this: READ MOAR

The Federal Reserve's Open Market Committee's operations are like those of an agriculture marketing board--a government agency that sets the price for, say, some agricultural product like butter or milk. Some of what is offered for sale at that price that is not taken up by the private market, and the rest is bought by the government to keep the price at its target. And the next month the government finds it must buy more. And more. And more.

Such policies produce excess supplies that then must be stored or destroyed: they produce butter mountains, and milk lakes.

The resources used to produce the butter mountains and milk lakes is wasted--it could be deployed elsewhere more productively. The taxes that must be raised to pay for the purchase of the butter and milk that makes up the mountains and the lakes discourages enterprise and employment elsewhere in the economy, and makes us poorer. Taxes are raised (at the cost of an excess burden on taxpayers) and then spent to take the products of the skill and energy of workers and... throw them away. Much better, the standard argument goes, to eliminate the marketing board, let the price find its free-market equilibrium value, provide incentives for people to move out of the production of dairy products into sectors where private demand for their work exists, and keep taxes low.

Now you can see that a central bank is exactly like an agricultural marketing board, except for the following little minor details:

So a central bank is exactly like an agricultural marketing board--NOT!!! They are identical--except that they are completely different.

But, somewhat smarter John Taylor and others might say, a central bank is like an agricultural marketing board. The extra money it puts into circulation when its bonds mature and it transfers profits to the government devalue and debauch the currency. It raises the real resources needed to finance its bond purchases by levying an "inflation tax" on money holders--by reducing the value of their cash just as an income tax reduces the (after-tax) value of incomes.

And I would agree, if the inflation comes. Under conditions of what I like to call Inflation Economics, money-printing and bond purchases do push the interest rate below the natural rate of interest--push bond prices above their natural price--as defined by Knut Wicksell. Money-printing and bond purchases then do indeed cause economic problems somewhat analogous to those of a marketing board that keeps the prices of butter and milk above their natural price.

Then the analogies break down completely. Money-printing is then not an inflationary tax but instead a utility-increasing provision of utility services. Bond purchases do not create an overhang that cannot be sold without creating an opposite distortion from the optimal price but instead push the temporal slope of the price system toward what a benevolent central planner would want the temporal slope of the price level to be.

Milton Friedman was very clear that economies could either have too much money (Inflation Economics) or too little money (Depression Economics)--and that a central bank was needed to try to hit the sweet spot. He hoped that hitting the sweet spot could be made into a somewhat automatic rule-controlled process, but he was wrong.

So trying to construct a thinking argument that central banks are engaged in something analogous to "price controls" via their monetary policy actions leads even a substantially sub-Turing entity to the conclusion: Sometimes, under conditions of "Inflation Economics", but not now.

And let me offer all kudos to those like David Beckworth, Scott Sumner, and Jim Pethokoukis who are trying to convince their political allies of these points that I regard as basic and Wicksellian--cutting-edge macro from 125 years ago. But I think that Paul Krugman is right when he believes that they are going to fail. Let me turn the mike over to Paul Krugman to explain why he thinks they are going to fail:

Beckworth is... tak[ing] the... Friedman position... trusting markets... except... [for] the business cycle.... This is... [intellectually] problematic.... You need... market failure to give monetary policy large real effects, and... why... is the only important failure?...

Let me, as an aside, point out that it could indeed be the case that monetary policy joins police, courts, and defense as they only significant areas in which the costs of rent-seeking, regulatory-capture, and other government failures are less than the costs of the market failures that the government could successfully neutralize. It's unlikely. But it's possible. Indeed, Milton Friedman thought that that was the case. And he was not at all a dumb man. And laying down general rules sector-by-sector about the relative magnitudes of market and government failures is almost surely a mistake. As John Maynard Keynes wrote in his "The End of Laissez-Faire":

We cannot therefore settle on abstract grounds, but must handle on its merits in detail what Burke termed: "one of the finest problems in legislation, namely, to determine what the State ought to take upon itself to direct by the public wisdom, and what it ought to leave, with as little interference as possible, to individual exertion..."

But let's give the mike back to Krugman to make his major point:

More important... this position turns out to be politically unsustainable. “Government is always the problem, not the solution, except when it comes to monetary policy” just doesn’t cut it for modern conservatives. Nor did it cut it for traditional conservatives. Remember, during the 1930s people like Hayek were liquidationists, with Hayek specifically denouncing expansionary monetary policy during a slump as “the creation of artificial demand.” The era of Friedmanism, of free-market views paired with tolerance for monetary stimulus, was a temporary and unsustainable interlude, and no amount of sensible argumentation will bring it back.

But this doesn't mean that Jim, Scott, David, and company should not try, no? It is not just the Milton Friedman was a galaxy-class expert at playing intellectual Three-Card Monte, no? It is true that at times my breath is still taken away at Friedman's gall in claiming that a "neutral" and "non-interventionist" monetary policy was one which had the Federal Reserve Bank of New York buying and selling bonds every single day in a frantic attempt to make Say's Law, false in theory, true in practice. But he wiped the floor with the Hayekians intellectually, culturally, academically, and politically for two generations.

Krugman's line "claiming that laissez-faire is best for everything save monetary policy (and property rights, and courts, and police, and defense) is intellectually unstable and unsustainable in the long-run" may well be true. But as somebody-or-other once said:

This long run is a misleading guide to current affairs. In the long run we are all dead. Economists set themselves too easy, too useless a task if in tempestuous seasons they can only tell us that when the storm is long past the ocean is flat again...

UPDATE: And I should add a link to Krugman's original:

Paul Krugman: Artificial Unintelligence: "In the early stages of the Lesser Depression...

...those of us who knew a bit about the... 1930s... felt... despair.... People who imagined themselves sophisticated and possessed of deep understanding were resurrecting 75-year-old fallacies and presenting them as deep insights.... [Today] I feel an even deeper sense of despair--because people are still rolling out those same fallacies, even though in the interim those of us who remembered and understood Keynes/Hicks have been right about most things, and those lecturing us have been wrong about everything. So here’s William Cohan in the Times, declaring that the Fed should ‘show some spine’ and raise rates even though there is no sign of accelerating inflation. His reasoning....

The price of borrowing money--interest rates--should be determined by supply and demand, not by manipulation by a market behemoth....

[However,] the Fed sets interest rates, whether it wants to or not--even a supposed hands-off policy has to involve choosing the level of the monetary base somehow.... How would you know if the Fed is setting rates too low? Here’s where Hicks meets Wicksell: rates are too low if the economy is overheating and inflation is accelerating. Not exactly what we’ve seen in the era of zero rates and QE.... There are arguments that the Fed should be willing to abandon its inflation target so as to discourage bubbles. I think those arguments are wrong-but... they have nothing to do with the notion that current rates are somehow artificial, that we should let rates be determined by ‘supply and demand’. The worrying thing is that... crude misunderstandings... are widespread even among people who imagine themselves well-informed and sophisticated. Eighty years of hard economic thinking, and seven years of overwhelming confirmation of that hard thinking, have made no dent in their worldview. Awesome.

Central Banks Are Not Agricultural Marketing Boards: Depression Economics, Inflation Economics and the Unsustainability of Friedmanism

Over at Equitable Growth: Insofar as there is any thought behind the claims of John Taylor and others that the Federal Reserve is engaged in "price controls" via its monetary policy actions.

There is no thought at all behind such claims at all.

Insofar as one did want to think, and so construct an argument that the Federal Reserve's monetary policy operations are destructive and in some ways analogous to "price controls", the argument would go something like this: READ MOAR