Is There a Valid "Stop the Misallocation of Capital" Argument for Raising Interest Rates Right Now?

Over at Equitable Growth: Kristi Culpepper: @munilass: "Best explanation of difference between people who believe Fed...

The argument is that the incentives to create long duration assets generated by extremely low interest-rate's are too high. Therefore we as a society are creating too many long duration assets. But are we? The standard long duration asset is a building. And residential construction is still deeply depressed, well below anything we might think of as its normal equilibrium level. From the standpoint of residential construction, low interest rates are only partially compensating for other market failures that are currently leading us to build too few houses, not too many. 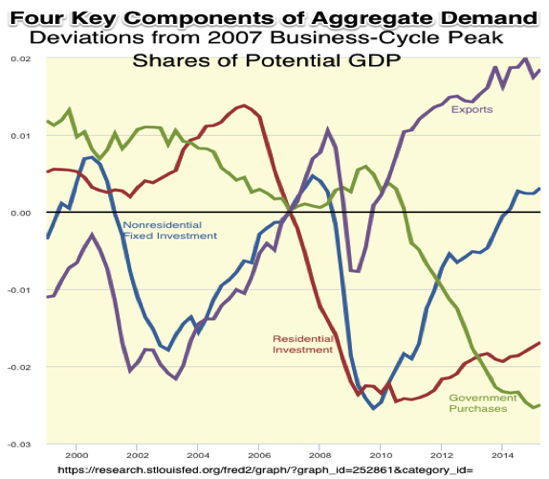 When I make this argument to those who want the Federal Reserve to raise interest rates, they move on. They point to non-residential construction--which is indeed healthy. but they cannot point to anyother long-duration investments in physical objects or organizations. And, indeed, in a world where the chief complaint about business is its short-termism, a configuration of market prices that puts a thumb in the scale in favor of projects of long-duration would seem to be a thing we need, not a thing to avoid.

And so they move on further: The argument becomes a claim that the Federal Reserve has made debt too valuable, and So the Federal Reserve is inducing overleverage. But too cheap relative to what? Issuing debt is richly valued. But the proceeds are not being used to build long-duration physical or organizational assets in excessive amounts. The proceeds are being used to buyback equities, but equities are also richly valued. So where is the incentive to overleverage? I do not see it. 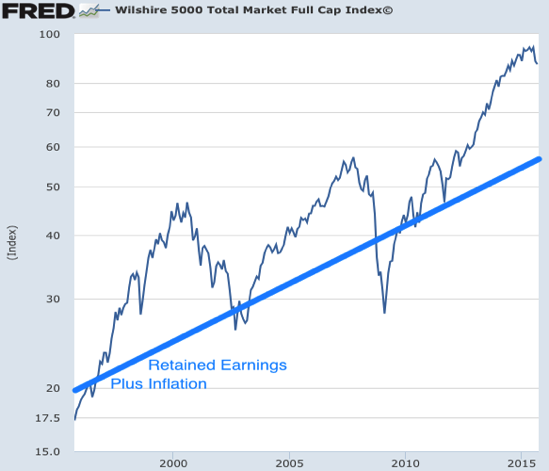 And so we come to the last argument: Commercial banks are being squeezed between the zero floor on deposits and the low rates they earn in their traditional relatively-safe loan habitats. Commercial banks should be focused on running their banking branch-and-ATM networks efficiently, and efficiently lending on a large scale to loan customers where they understand the risks. But, now, because low safe interest rates and the zero lower bound on what they can pay deposits, commercial banks have to become judges of risk--a task that they are not well qualified to do, which pits them against people who can and do adversely-select and moral-hazard this.

This is, I think, correct: Low interest-rate are bad for the commercial banking sector. But they are very good for labor and for capital. And, as long as they do not induce undue inflationary pressures, for the economy as a whole.

So are we supposed to sacrifice the health of the economy as a whole simply to make life easier for the commercial banking sector?

Now do not get me wrong. I wish that interest rates were higher. I think it expansionary fiscal policy to push up interest rates is clearly the first best policy.

But we are not going to get that--at least not until 2017 at the earliest.

And the scary thing is that the Federal Reserve does indeed seem to contain a great many people whose answer to that question is: Yes: we do want to sacrifice the health of the rest of the economy in order to make life easier for the commercial banking sector. Therefore we are going to raise interest rates now:

Carter Glass and Louis Brandeis are rolling in their graves...

Is There a Valid "Stop the Misallocation of Capital" Argument for Raising Interest Rates Right Now?

Over at Equitable Growth: Kristi Culpepper: @munilass: "Best explanation of difference between people who believe Fed...