The Dreamwork of Humanity 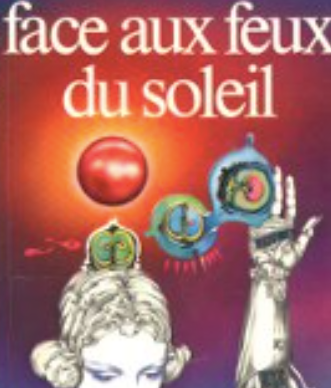 It is a truth universally acknowledged that any trip that involves five talks in five cities in five days will, if it also requires two intercontinental redeyes, acquire a certain dreamlike quality--a certain fuzziness and confusion of memory.

And yet everyone, in every city, at every conference, was engaged in what some Freudian alien grasping perhaps too-hard for metaphors would call dreamwork--the dreamwork of the distributed anthology organism-intelligence that is humanity.

Everyone was talking about their imaginary friends. Some were saying that an entity who does not exist called "Uncle Ben" had told somebody else who does not exist that "with great power comes great responsibility". Others were saying that an entity called "Zero Lower Bound" had forced somebody who very much does exist--I actually had the office next-door to hers (or rather, to one of hers) for several years--named Janet Yellen into a situation where she was at the edge of a cliff, so that one step to the right and if the ground crumbled beneath her she would be unable to climb back up, but one step to the left and if that proved ill-advised she could quickly return to her current stance.

Yet all, no matter which of their imaginary friends they were gossiping about, were really engaged in dreaming the dreams of humanity so that the distributed anthology organism-intelligence will be able to function more sanely when we awake.

Investors were seeking information to help them think about How to structure their portfolios. They thought they were gossiping about imaginary friends, frenemies, and unfriends with names like "Ms. Market" and "confidence" and "global risk tolerance" as they tried to understand what numbers things called "asset prices"" would call out two, five, 10, and even 30 years into the future. The flipside of their portfolio-structuring today is the creations of organizations, ideas, and physical structures and machines that match that value profile of these imaginary entities. And what are the ideas, organizations, machines, and structures that are expected to appreciate in value? They all build capabilities that humanity will use in the future to do what we today guess people in the future will want to do. Investors think they are trying to become rich by making bets based on their peering through the veils of time and ignorance. But they are really doing dreamwork. And the point of that dreamwork is to prepare humanity to develop the capabilities so that future humanity will be able to do what it wants to do.

In an analogous fashion, the economic policymakers were doing dreamwork as well. They were trying to figure out how to keep humanity-in-the-present from tripping over its own feet—-how to keep it moving forward. And, aside from China, humanity has not been doing too well at forward momentum since 2007. The crawling, or at best lurching, forward-progress of humanity reminds me of nothing more than Steve Martin's lurching forward in the movie "All of Me", when he is first possessed by Lily Tomlin. And there was much concern in Lena about how even that part of humanity that seemed steadiest--China--is now very unsteady on its own feet.

And the cosplayers, panelists, and attendees at New York Comic Con were engaged in the dreamwork of humanity as well. As Paul Krugman Manu Saadia--or was it Felix Salmon-- said on our panel: when Isaac Asimov writes about Elijah Bailey of Earth vs.--vs.? I guess vs. is right...--Gloria Delmarre of Solaria he is really writing about, or doing the dreamwork for, Brooklyn vs. Scarsdale here on earth. The Prime Directive of Gene Roddenberry's "Star Trek" is a way to process America's misadventure in Vietnam. Would that the neoconservatives had better processed the limits of foresight and calculation, the surprising nature of war, and the unlikelihood that anything that starts out deliberately attempting to break things and kill people will redound to the good! But, of course, there is also the ruthless benevolent utilitarians of Iain M. Banks's Special Circumstances practicing pan-Galactic Trotskyism. The Minds have run a billion simulations of every course of action (and are the programs inside their simulations self-aware? Horrible thought!) and they know that if they use this agent as a weapon in this way they will shatter him psychologically and morally for all time, but it will be for the greater good. So let's get steam up in the boiler for the armored train, and bring the benefits of Full Communism and abundance to the oppressed workers and peasants of the Idiran Hegemony.

And in some ways the most profound thinking--the deepest dreamwork--of humanity and about its future was being done at New York Comic Con, for everybody there was explicitly aware that they what they were engaged in was humanity's dreaming.

The Dreamwork of Humanity

It is a truth universally acknowledged that any trip that involves five talks in five cities in five days will, if it also requires two intercontinental redeyes, acquire a certain dreamlike quality--a certain fuzziness and confusion of memory.