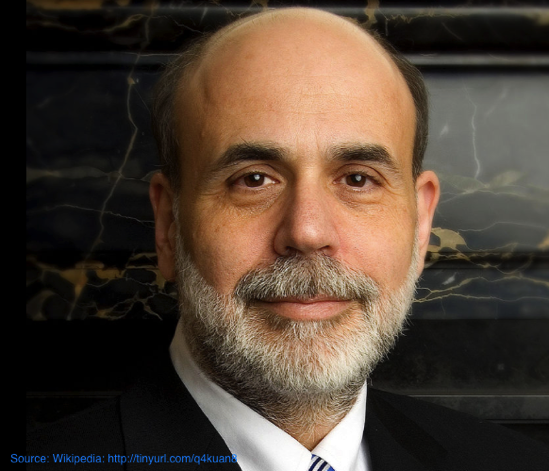 Let me put here my first, much longer draft to what appeared on Project Syndicate: The Tragedy of Ben Bernanke

Ben Bernanke has published his memoir, The Courage to Act.

I am finding it difficult to read. I am finding it hard to read as other than a tragedy. It is the story of a man who found himself in a job for which he may well have been the best-prepared person in the world. Yet he soon found himself overmastered by the situation. And he fell and stayed well behind the curve in understanding what was going on.

The joke was on Lucas.

But in a deeper sense the joke was on those of us who winced at Lucas--and also on the people of the North Atlantic.

For, as we know, the economy since 2007 has not been a very funny joke the people of the North Atlantic.

Those of us with historical memory knew that the problem of preventing severe macroeconomic instability had not been solved. But even we believed that even sharp downturns would be transitory and short. Rapid recovery to full prosperity and the supply side-driven trend growth was all but guaranteed. Perhaps full prosperity could be delayed into an extended medium-run by actively-perverse and destabilizing government policies. Perhaps the full-prosperity equilibrium-restoring forces of the market would work quickly.

In any event, they would work.

Indeed, back in 2000 it was Ben Bernanke who had written that central banks with sufficient will and drive could always, in the medium-run at least, restore full prosperity by themselves via quantitative easing. Simply print money and buy financial assets. Do so on a large-enough scale. People would expect that not all of the quantitative easing would be unwound. Thus people would have an incentive to use the extra money that had been printed to step up their spending. Even if the fraction of quantitative easing that thought permanent was small, and even if the incentive to spend was low, the central bank could do the job.

It is to Bernanke's great credit that the shock of 2007-8 did not trigger another Great Depression. However, what came after has been unexpectedly disappointing. Central banks in the North Atlantic--including Ben Bernanke's central bank, the Federal Reserve--went well beyond the outer limits of what we had thought, back before 2008, would be the maximum necessary to restore full prosperity. And full prosperity continued and continues to elude us. Bernanke pushed the US monetary base up from $800 billion to $4 trillion--a five-fold increase, one that a naïve quantity theory of money would have seen as enough stimulus to create a 400% cumulative inflation. But that was not enough. And Bernanke found himself and his committee unwilling to take the next leap, and do another more-than-doubling to carry the monetary base up to $9 trillion. And so, by the last third of his tenure in office, he was reduced to begging in vain for fiscal-expansionary help from a closed-eared Congress, which refused.

Moreover, some leading figures in the dominant Republican party began to make political hay by calling what he had done "almost treasonous". They began to threaten him in the coded language applied a generation ago to civil rights and other agitators. The Governor of Texas, Rick Perry, promised that he "would treat [Bernanke] pretty ugly down in Texas" should he show up there--whether that is a death, a maiming, or simply a beating threat was left ambiguous by Perry, as such threats traditionally were.

So what went wrong with the policy? Why did we not get full recovery?

I have been thinking about this with mixed success, most recently for the Milken Institute Review. So let me try yet again to summarize:

As I understand Ben Bernanke's perspective, he thinks that nothing fundamental went wrong. It is just that the medium-run that it takes for aggressively-expansionary monetary policy to restore full prosperity has been artificially lengthened. It seems long to us indeed. It is long because interventions by non-market--or perhaps it would be better to call them non-risk adjusted return-maximizing--financial players have created a temporary global savings glut. Sovereign wealth funds for which loss aversion is key, the emerging-market rich seeing their positions in the North Atlantic as primarily insurance against political risk, and governments seeking to ensure freedom of action have pushed full-prosperity interest rates down substantially, and lengthened the medium-run it takes for shocks to dissipate. But, I believe Bernanke believes, these disturbances are ending. And so, if he were still running the Fed, he would think it appropriate to raise interest rates now.

An alternative view is held by the very sharp Ken Rogoff. He believes, I think, that Bernanke's cardinal error was to focus on money when he should have been focusing on that. In our simple models which you focus son does not matter: when the money market is in full-prosperity equilibrium, the debt market is too. But in the real world a central bank and a broader government that focused not on expanding the stock of safe money but on buying back and inducing the writing-down of the stock of risky debt would have boosted private spending much more effectively and restored full prosperity much more quickly.

Yet a third possible view is that the Fed could have done it: if it had committed to a higher target inflation rate than 2%/year, and promised to do as much quantitative easing as needed to get to that target, it would have produced full prosperity without requiring anywhere near as much quantitative easing as has been, so far, undertaken without that favorable result.

And then there is fourth view, one that I associate with Larry Summers and Paul Krugman, that we have no warrant for believing that monetary policy can restore full prosperity not only not in the short-run, but not in the medium-run and probably not even in the long-run. As Krugman put it most recently:

In 1998... I envisaged an economy in which the... natural rate of interest... would return to a normal, positive level... [and so] the liquidity trap became a [monetary-]expectations problem... monetary policy would be effective if it had the right kind of credibility.... [But if] a negative Wicksellian [natural] rate... permanent... [then] if nobody believes that inflation will rise, it won’t. The only way to be at all sure... [is] with a burst of fiscal stimulus...

Their position is, after a long detour through the post-World War II neoclassical-Keynesian synthesis, a return to a position set out by John Maynard Keynes in 1936:

It seems unlikely that the influence of [monetary] policy on the rate of interest will be sufficient by itself.... I conceive, therefore, but a somewhat comprehensive socialization of investment will prove the only means the securing an approximation to full employment; though this not need exclude all manner of compromises and of devices by which the public authority will cooperate with private initiative...

The government, that is, will have to be infrastructure-builder, risk-absorber, safe debt-issuer, debt workout-manager, and to a substantial degrees sectoral economic planner of last resort to maintain full prosperity. Milton Friedman's dream that strategic interventions by the central bank in the quantity of high-powered money would then be just that—a dream. And our confusion, and the attractiveness of Milton Friedman's monetarism in the half-century starting with a World War II would be an accident of the particular circumstances of the uniquely rapid North Atlantic-wide demographic and productivity growth of the transient post World War II era.

I cannot claim—we cannot claim—to know whether Bernanke he will Rogoff or Krugman and Summers are correct here, or even weather if Bernanke he and his committee had found the nerve, and rolled double-or-nothing one more time to boost the American high-powered money stock to $9 trillion, we might have been back to full prosperity a couple of years ago. But I do think that the debate over this question is the most important debate within macroeconomics since the debate—strangely, a very similar debate, at least with respect to its policy substance—that John Maynard Keynes had with himself in the decade around 1930 that turned him from a monetarist into a Keynesian.

(We will see how Amazon's recommendation engine does over time. Complaints and mockery screen shots to: delong@econ.berkeley.edu.)

Let me put here my first, much longer draft to what appeared on Project Syndicate: The Tragedy of Ben Bernanke

Ben Bernanke has published his memoir, The Courage to Act.

I am finding it difficult to read. I am finding it hard to read as other than a tragedy. It is the story of a man who found himself in a job for which he may well have been the best-prepared person in the world. Yet he soon found himself overmastered by the situation. And he fell and stayed well behind the curve in understanding what was going on.