Today's Economic History: Steve Roth: Did Money Evolve? You Might (Not) Be Surprised 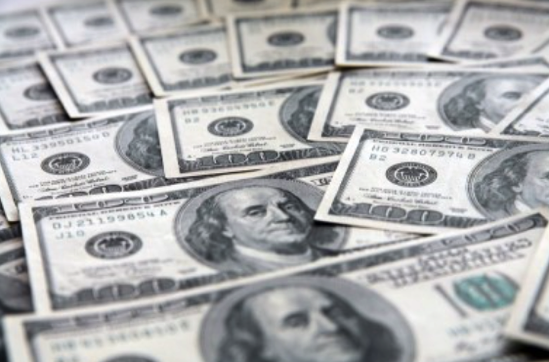 Today's Economic History: Roth is very good on "money" defined as a unit of account.

But there are, of course, other perfectly-fine definitions of "money": "means of payment", "medium of exchange", "that which you need to hold to take advantage of or avoid suffering from market disequilibrium", "even store of value".

Steve Roth: Did Money Evolve? You Might (Not) Be Surprised: "The earliest uses of money in recorded civilization were not coins...

...or anything like them. They were tallies of credits and debits (gives and takes), assets and liabilities (rights and responsibilities, ownership and obligations), quantified in numbers. Accounting. (In technical terms: sign-value notation.)

Tally sticks go back twenty-five or thirty thousand years. More sophisticated systems emerged six to seven thousand years ago (Sumerian clay tablets and their strings-of-beads predecessors). The first coins weren’t minted until circa 700 BCE — thousands or tens of thousands of years after the invention of ‘money.’

These tally systems give us our first clue to the nature of this elusive ‘social construct’ called money: it’s an accounting construct. The earliest human recording systems we know of — proto-writing — were all used for accounting.* So the need for social accounting may even explain the invention of writing.

This ‘accounting’ invention is a human manifestation of, and mechanism for, reciprocity instincts whose origins long predate humanity. It’s an invented technique to do the counting that is at least somewhat, at least implicitly, necessary to reciprocal, tit-for-tat social relationships. It’s even been suggested that the arduous work of social accounting — keeping track of all those social relationships with all those people — may have been the primary impetus for the rapid evolutionary expansion of the human brain. ‘Money’ allowed humans to outsource some of that arduous mental recording onto tally sheets.

None of this is to suggest that explicit accounting is necessary for social relationships. That would be silly. Small tribal cultures are mostly dominated by ‘gift economies’ based on unquantified exchanges. And even in modern societies, much or most of the ‘value’ we exchange — among family, friends, and even business associates — is not accounted for explicitly or numerically. But money, by any useful definition, is so accounted for. Money simply doesn’t exist without accounting.

Coins and other pieces of physical currency are, in an important sense, an extra step removed from money itself. They’re conveniently exchangeable physical tokens of accounting relationships, allowing people to shift the tallies of rights and responsibilities without editing tally sheets. But the tally sheets, even if they are only implicit, are where the money resides.

This is of course contrary to everyday usage. A dollar bill is ‘money,’ right? But that is often true of technical terms of art. This confusion of physical tokens and other currency-like things (viz, economists’ monetary aggregates, and Wray’s ‘money things’) with money itself make it difficult or impossible to discuss money coherently.

What may surprise you: all of this historical and anthropological information and understanding is esoteric, rare knowledge among economists. It’s pretty much absent from Econ 101 teaching, and beyond. Economists’ discomfort with the discipline’s status as a true ‘social science,’ employing the methodologies and epistemological constructs of social science — their ‘physics envy’ — ironically leaves them bereft of a definition for what is arguably the most fundamental construct in their discipline. Likewise for other crucial and constantly-employed economic terms: assets, capital, savings, wealth, and others.

Now to be fair: a definition of money will never be simple and straightforward. Physicists’ definition of ‘energy’ certainly isn’t. But physicists don’t completely talk past each other when they use the word and its associated concepts. Economists do when they talk about money. Constantly.

Physicists’ definition of energy is useful because it’s part of a mutually coherent complex of other carefully defined terms and understandings — things like ‘work,’ ‘force,’ ‘inertia,’ and ‘momentum.’ Money, as a (necessarily ‘social’) accounting construct, requires a similar complex of carefully defined, associated accounting terms — all of which themselves are about social-accounting relationships.

At this point you’re probably drumming your fingers impatiently: ‘So give: what is money?’ Here, a bloodless and technical term-of-art definition:

The value of assets, as designated in a unit of account.

Which raises the obvious questions: What do you mean by ‘assets’ and ‘unit of account’? Those are the kind of associated definitions that are necessary to any useful definition of money. Hint: assets are pure accounting, balance-sheet entities, numeric representations of the value of goods (or of claims on goods, or claims on claims on…).

Today's Economic History: Steve Roth: Did Money Evolve? You Might (Not) Be Surprised

Today's Economic History: Roth is very good on "money" defined as a unit of account.

But there are, of course, other perfectly-fine definitions of "money": "means of payment", "medium of exchange", "that which you need to hold to take advantage of or avoid suffering from market disequilibrium", "even store of value".

Steve Roth: Did Money Evolve? You Might (Not) Be Surprised: "The earliest uses of money in recorded civilization were not coins...