On December 10, 1915, the 1 millionth Ford car rolls off the assembly line at the River Rouge plant in Detroit. 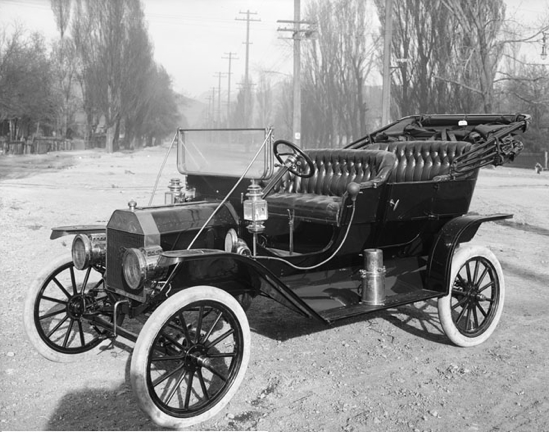 At first, Henry Ford had built his cars like every other automaker did: one at a time. But his factories’ efficiency and output steadily increased, and after he introduced the moving assembly line in 1913 the company’s productivity soared. Ford was determined to build what he called ‘a motor car for the great multitude,’ and that’s just what he did: By mass-producing just one kind of car–from 1908 on, that car was the Model T–Ford could take advantage of economies of scale that were unavailable to smaller carmakers and pass the savings on to his customers. Between 1908 and 1927, Ford sold more than 15 million Model Ts in all; they cost $850 at first (about $20,000 in today’s dollars) but by the end of their run, Ford had managed to reduce the price to just $300 (about $3700 today).

No one paid much attention to the 1 million milestone. (‘With twenty-five assembly plants…and with a big factory in Detroit assembling so many Ford cars a day,’ said The Ford Times, ‘we passed the million mark without knowing it.’) The 10 millionth Ford, on the other hand, traveled back and forth from New York to San Francisco and from Los Angeles to Chicago in the summer of 1924, inspiring raucous celebrations everywhere it went. The company even made a movie of this goodwill tour, called ‘Fording the Lincoln Highway.’

Along with the 15 millionth Ford in 1927 came another milestone: the company’s announcement that it was discontinuing its classic but no-longer–beloved Model T. Compared to that news, the release of the 20 millionth Ford was fairly dull: emblazoned with the words ‘TWENTY MILLIONTH’ and the Ford logo on both sides and the top, that car went on a national barnstorming tour in 1931, then directly to the Henry Ford Museum in Dearborn, Michigan.

On December 10, 1915, the 1 millionth Ford car rolls off the assembly line at the River Rouge plant in Detroit.