Live from the Roasterie: Bad Blood Between Frankenstein and His Monster! National Review Edition Blogging: 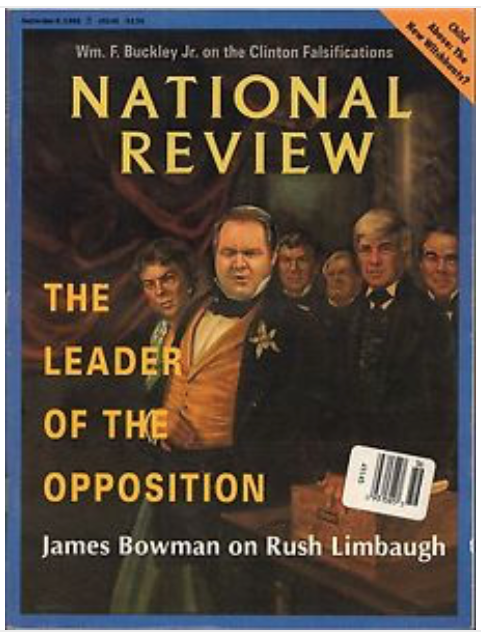 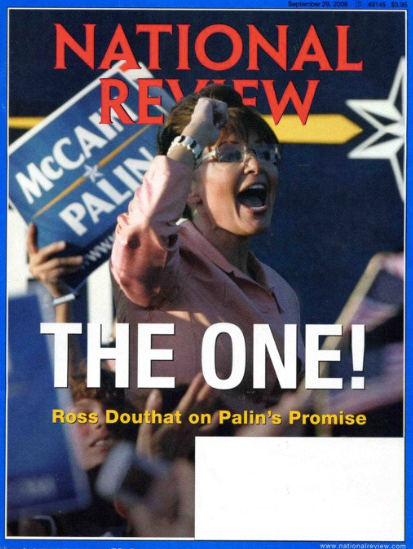 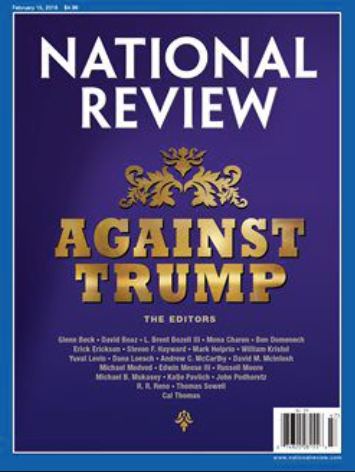 To be enthusiastically for Limbaugh and Palin... and then to be against Trump... somehow does not compute:

Jeet Heer: National Review Fails to Kill Its Monster: "The special issue... seems designed to be... a historical milestone on par with William F. Buckley’s denunciation of the John Birch Society in 1965...

Yet... ‘Against Trump’ is a weak-tea effort... ignoring the fact that the racist nationalism he is espousing has its origins on the right. Trump, the editors argue, is ‘a philosophically unmoored political opportunist who would trash the broad conservative ideological consensus within the GOP in favor of a free-floating populism with strong-man overtones.’... National Review didn’t have a problem with ‘free-floating populism’ in 2008 when it celebrated Sarah Palin (now an enthusiastic Trump cheerleader), and historically the magazine has loved strongmen dictators like Mussolini and Franco.

The symposium gets off to a rocky start... with... Glenn Beck...[whose] long history of racism and conspiracy-mongering... has all the flaws of Trump many times over. To get Glenn Beck to denounce Donald Trump as an unsound thinker makes about as much sense as hiring Larry Flynt to write about how Hugh Hefner demeans women. Nor is Beck the only extremist... Erick Erickson... Thomas Sowell, who... wrote....

When I see the worsening degeneracy in our politicians, our media, our educators, and our intelligentsia, I can’t help wondering if the day may yet come when the only thing that can save this country is a military coup.’

In the ‘Against Trump’ symposium, Sowell makes this outlandish comparison:

The actual track record of crowd pleasers, whether Juan Perón in Argentina, Obama in America, or Hitler in Germany, is very sobering, if not painfully depressing.

Is there any rhetorical overkill Trump has been guilty of that is worse than this? Sowell’s belief that a coup could be good for America and that Obama can be fairly compared to Hitler gives lie to the argument, made repeatedly by writers in the National Review symposium, that Trump is not a true conservative. For there is very little that Trump has said or done that can’t find prior sanction in National Review, be it racism, anti-immigrant nativism, or sexism.... Trump’s version of white identity politics [is] firmly in the tradition of Buckley and his magazine.

Decades from now, when historians try to figure out the genealogy of Trumpism, they will have to pay careful attention to the pages of National Review in the 1980s and 1990s... [when] National Review... gave ample room to such paleo-conservative voices as Joseph Sobran, Peter Brimelow, John O’Sullivan, and Samuel T. Francis.... This paleo-con tradition... seeded the ideas that helped form the alt-right.... The relationship between National Review and Donald Trump is like that of Victor Frankenstein and his monster.... Without Frankenstein, there is no monster. And without a conservative movement that fostered and indulged white identity politics, there is no Donald Trump.

Live from the Roasterie: Bad Blood Between Frankenstein and His Monster! National Review Edition Blogging: