Grasping Reality by Brad DeLong
Archives Highlighted Previous Edit COVID Market for Man Slavery 20th C. Reading 'Chicago'
As You Can Tell, I at Least Am Trying to Sail as Close to the "Hamilton" Musical Boom as I Can... 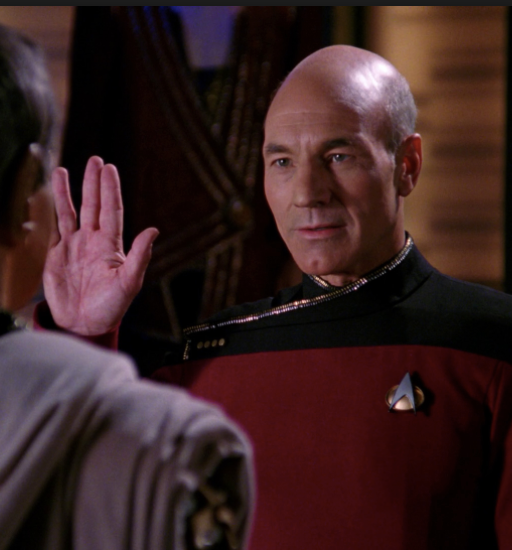 “Logic is the beginning of wisdom, not the end.”

Why should the imaginary dreams of science fiction help us think better? Let me get at this by telling you some very short stories--some true, some false. True: Back in 1759 when the man who was to be the first economist, young Adam Smith, Scottish moral philosopher on the make, told his readers something false: of how "a stranger to human nature [seeing] the indifference of men about the misery of their inferiors... [conclude that] pain must be more agonizing, and the convulsions of death more terrible to persons of higher rank, than to those of meaner stations..."

You see what he did there?

There is no--not that we know of--such alien stranger. Smith is telling us a very short science-fiction story. Why? Because we love to tell one another false stories--to incessantly gossip about our imaginary friends. It is, like saving 15% or more on car insurance, what we do. If an alien intellect, vast and cool and unsympathetic (or vast and warm and sympathetic), were to scrutinize us from afar it would inevitably conclude that telling each other false stories is a major part of what we are, and it would wonder why we communicate--or miscommunicate--in this way.

You see what I did there?

The next Sigmund Freud--not an individual but a social psychologist--will say that our fictions are, collectively, the dream-work of the reasoning by the organism that is the anthology intelligence that is humanity. Everyone gossips about their imaginary friends. And we dream these dreams to amuse ourselves, but also so that we will be more sane when we awake.

The Prime Directive of "Star Trek: TOS" is primarily a way to process America's 1960s misadventure in Vietnam. Would that more generals and chickenhawks dreamed dreams that taught them of the limits of foresight and calculation, the surprising nature of war, and the unlikelihood of success if you start by breaking things. I first recognized that "Star Trek" was a very different kind of show back in the 1960s, when at the end of "Arena" Kirk neither kills nor civilizes the Gorn, but lets him go to make his own destiny.

And Gene Roddenberry's successors as showrunners, writers, actors, set designers, and all the rest took on the same project: do the dreamwork of a better future. North Atlantic civilization bobbled the historical opportunity that was the collapse of the Soviet Empire. Star Trek VI: The Undiscovered Country and Deep Space 9 point to better directions. Gene Roddenberry put into Star Trek DNA making it, in large part, a collective dreaming about a better future, and not just a western or a medieval romance with spectacular elements in the form of whooshing spaceships and exploding planets bolted onto it.

Today in our restricted bubble the public health problems related to food are no longer predominantly problems of malnutrition and calorie-scarcity but of overabundance: dealing with salt, triglyceride, and carbohydrate overload. This is a new thing for humanity. 400 years ago, in almost all human societies, if you weren't rich you were malnourished: not getting the nutrients for your immune system to function well, or the calories to reliably ovulate, probably losing a tooth with every baby. 400 years ago, in almost all human societies, if you weren't rich you were short. The orphans sent to sea by the charity that was the Marine Society were seven inches shorter than the aristocrats' sons sent to Sandhurst to become army officers. And it is not just in food that those of us in the bubble have abundance: we look around and want, not more stuff, but rather less stuff that is the right particular stuff for us. The dreams that are Roddenberry's "Star Trek" are part of thinking through what it would be like to have a society of abundance, of logic and reason, and of inclusion--one in which the Gorn might really be the good guy from his perspective, and in which, as Ayelborne forecasts in "Errand of Mercy": "You and the Klingons will become fast friends. You will work together."

So with enthusiasm and admiration, I present to you Manu Saadia, and Trekonomics.

“Logic is the beginning of wisdom, not the end.”