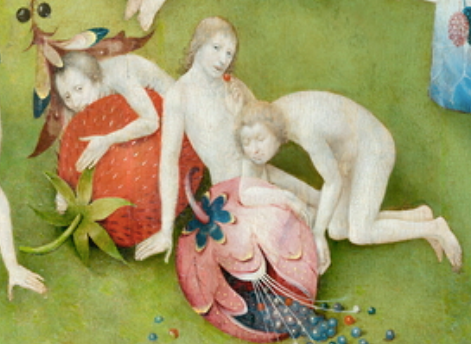 Some 250 years ago, Georgian England was the richest society that had ever existed, and yet food shortages still afflicted large segments of the population. Adolescents sent to sea by the Marine Society to be officer’s servants were half a foot (15 centimeters) shorter than the sons of the gentry whose heights were recorded as they entered the army as officers. 150 years ago the working class of the United States–the richest working class that was then or ever had been–was still spending roughly 2/5 of extra income at the margin simply on more calories. Pre-Industrial Agrarian-Age human populations, even Mid-Industrial populations, and a third of the world today were and are under what nutritionists and public-health experts see as severe and damaging nutritional biomedical stress.

Inside the bubble of today's prosperous middle-class North Atlantic, however, things are now different. Perhaps 1% of America's labor force grows needed calories and essential nutrients. Perhaps 1% transports and distributes the needed calories and essential nutrients. That does not account for the entire food industry, of course. But most of what is being done by the remaining 14% of the labor force dedicated to delivering food to our mouths involves making what we eat tastier or more convenient – jobs that are more about entertainment or art than about necessity.

The challenges we face are now those of abundance. Indeed, when it comes to workers dedicated to our diets, we can add some of the 4% of the labor force who, working as nurses, pharmacists, and educators, help us solve problems resulting from having consumed too many calories or the wrong kinds of nutrients.

More than 20 years ago, Alan Greenspan, then-Chair of the US Federal Reserve, started pointing out that GDP growth in the US was becoming less driven by consumers trying to acquire more stuff. We were no longer in the business of growing economically by arranging more atoms in patterns we found luxurious, convenient, or necessary. Those of us in the prosperous middle class, at least, were becoming much more interested in communicating, seeking out information, and trying to acquire the right stuff to allow them to live their lives as they wished.

Of course, for the rest of the world this is simply not so. The rest of the world still faces dire problems of scarcity. Roughly one-third of the world’s population still struggles daily to get enough food. And there is no guarantee that those problems will solve themselves. It is worth recalling that a little over 150 years ago, both Karl Marx and John Stuart Mill believed that India and Britain would converge economically in no more than three generations.

There is no shortage of problems to worry about: the destructive power of our nuclear weapons, the pig-headed nature of our politics, the potentially enormous social disruptions that will be caused by climate change. But the number one priority for economists – indeed, for humankind – is finding ways to spur equitable economic growth.

But it is not too early to think about this job number two. This job number two--developing economic theories to guide societies in an age of abundance--is no less complicated. Some of the problems that are likely to emerge are already becoming obvious. Today, many people derive their self-esteem from their jobs. As labor becomes a less important part of the economy, and working-age men, in particular, become a smaller proportion of the workforce, problems related to social inclusion are bound to become both more chronic and more acute.

Such a trend could have consequences extending far beyond the personal or the emotional, creating a population that is, to borrow a phrase from the Nobel-laureate economists George Akerlof and Robert Shiller, easily phished for phools. In other words, they will be targeted by those who do not have their wellbeing as their primary goal – scammers like Bernie Madoff, corporate interests like McDonalds or tobacco companies, the guru of the month, or cash-strapped governments running exploitative lotteries.

This is a very, very different economics from that of creating Adam Smith system of natural liberty where it can be created and building institutions to approximate its effects where it cannot. The central challenge will be to help people protect themselves from manipulation. And it is not clear that those who currently call themselves “economists” have a comparative advantage in building it–although Thaler, Shiller, Akerlof, Rabin, it seems like half my colleagues here at Berkeley, and many others are certainly giving outsiders a run for their money. But we are starting to lead this different economics–this behavioral economics–with some urgency now. And unless things truly go to hell in a handbasket, the urgency will only grow