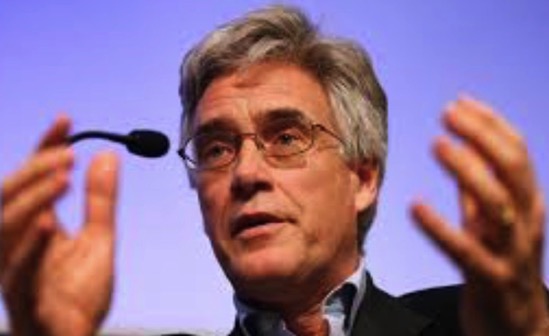 Must-Read: Badly-intentioned or incompetent policymakers can mess up any system of macroeconomic regulation. And we now have two centuries of history of demand-driven business cycles in industrial and post-industrial economies to teach us that there is no perfect, automatic self-regulating way to organize the economy at the macroeconomic level.

Over and over again, the grifters, charlatans, and cranks ask: "Why doesn't the central bank simply adopt the rule of setting a "neutral" monetary policy? In fact, why not replace the central bank completely with an automatic system that would do the job?"

Over the decades many have promised easy definitions of "neutrality", along with rules-of-thumb for maintaining it. All had their day:

And the answer, of course, is that by now centuries of painful experience have taught central bankers one thing: All advocates, wittingly or unwittingly, were simply selling snake oil. All such "automatic" rules and systems have been tried and found wanting.

It is a fact that all such rule-based central bank policies and all such so-called automatic systems have fallen down on the job. They have failed to properly manage "the" interest rate to set aggregate demand equal to potential output and balance the supply of whatever at that moment counts as "money", in whatever the operative sense of "money" is at that moment, to the demand for it.

Nudging interest rates to the level at which investment equals savings at full employment is what a properly "neutral" monetary policy really is.

Things are complicated, most importantly, by the fact that the business-cycle patterns of one generation are never likely to apply to the next. Consider: At any moment in the past century, the macroeconomic rules-of-thumb and models of economies' business-cycle behavior that had dominated forty, thirty, even twenty years before--the ones taught then to undergraduates, assumed as the background for op-eds, and including in the talking points of politicians whose aides wanted them to sound intelligent in answer to the first question and fuzz the answer to the follow-up before ducking away. We can now see that, for fifteen years now, central banks have been well behind the curve in their failure to recognize that the business-cycle pattern of the first post-World War II generations has definitely come to an end. The models and approaches developed to understand the small size of the post-WWII generation’s cycle and its bias toward moderate inflation are wrong today--and are worse than useless because they propagate error.

And this should not come as a surprise. Before World War I there were the truths of the gold standard and its positive effect on "confidence"--the ability of that monetary system to, as Alfred and Mary Marshall put it back in 1885, induce:

confidence [to] return, touch all industries with her magic wand, and make them continue their production and their demand for the wares of others...

and so restore prosperity.

Yet those doctrines proved unhelpful and destructive to economies trying to deal with the environment of the 1920s and 1930s.

Those scarred by the 1970s have, ever since, been always certain that another outbreak of inflation was on the way. They have been certain that central bankers need to be, first of all, hard-nosed men. And so those scarred missed the great tech and stock booms of the end of the first millennium. Their advice was bad then. It is bad now.

More recently, there were those who drew the lesson from the twenty years starting in the mid-1980s that central bankers had finally learned enough to be able to manage an economy to keep the business cycle small--the so-called "Great Moderation". They were completely unready for 2007-9. And they have had little or nothing useful to say since. Their advice was bad then. It is bad now.

And looking back at this history, right now the odds must be heavy indeed that people are barking up the wrong tree when they, today, fixate on the need for higher interest rates to fight the growth of bubbles. Or when they, today, talk about the danger that central bankers will be unable to resist pressure from elected governments to finance substantial government expenditures via the inflation tax.

The cross-era successes of macroeconomic theory as relevant to policy have been very limited. The principles that have managed to remain true enough to be useful across eras take the form of principles of modesty:

And by now this has become far too long to be a mere introduction to one of today's must-reads: the very sharp Adair Turner:

...the global economy is still stuck.... Money-financed fiscal deficits — more popularly labelled ‘helicopter money’ — seems one of the few policy options left.... The important question is political: can we design rules and responsibilities that ensure monetary finance is only used in appropriate circumstances and quantities?... In the real world... most money is... created... by the banking system... initial stimulus... can be multiplied later by commercial bank credit and money creation... [or] offset by imposing reserve requirements....

The crucial political issue is the danger that once the taboo against monetary finance is broken, governments will print money to support favoured political constituencies, or to overstimulate the economy ahead of elections. But as Ben Bernanke, former chairman of the US Federal Reserve, argued recently, this risk could be controlled by giving independent central banks the authority to determine the maximum quantity of monetary finance....

Can we design a regime that will guard against future excess, and that households, companies and financial markets believe will do so? The answer may turn out to be no: and if so we may be stuck for many more years facing low growth, inflation below target, and rising debt levels. But we should at least debate...

Adair Turner is very sharp. But this is, I think, more-or-less completely wrong: There is no set of institutions that can leap the hurdle that he has set--there never was, and there never will be. But it is madness to say: "Since we cannot find institutions that will guarantee that we follow the right policies, we must keep our particular institutions and policies that force us to adopt the wrong ones." Sufficient unto the day is the evil thereof. Fix that evil now--with an eye on the future, yes. But don't tolerate evils today out of fear of the shadows of future evils that are unlikely to come to pass.

Must-Read: Badly-intentioned or incompetent policymakers can mess up any system of macroeconomic regulation. And we now have two centuries of history of demand-driven business cycles in industrial and post-industrial economies to teach us that there is no perfect, automatic self-regulating way to organize the economy at the macroeconomic level.

Over and over again, the grifters, charlatans, and cranks ask: "Why doesn't the central bank simply adopt the rule of setting a "neutral" monetary policy? In fact, why not replace the central bank completely with an automatic system that would do the job?"