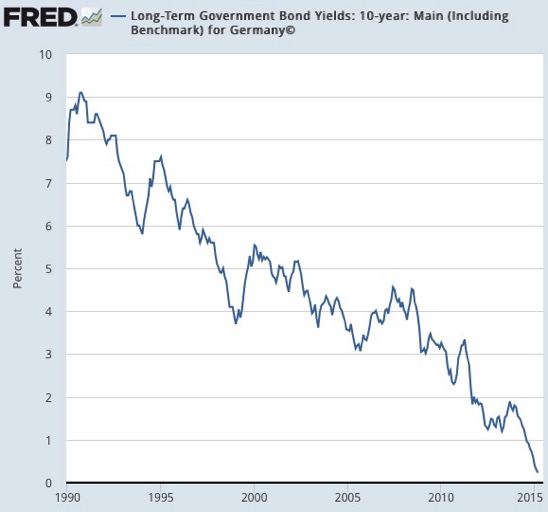 Must-Read: From my perspective, this piece at Vox.eu makes many too many bows to conventional-wisdom idols with not just feet but bodies and heads of clay. Thus I cannot sign on to it.

Here is the vox.eu column"

...but it is also bad news for the Eurozone. Brexit opens the door to all sorts of shocks, and dangerous political snowball effects. Now is the time to shore up the Eurozone’s resiliency. The situation is not yet dire, but prompt action is needed. This VoxEU column – which is signed by a wide range of leading economists – identifies what needs to be done soon, and what should also be done but can probably wait if markets are patient.

The UK’s choice to leave the EU was, we believe, a historic mistake. But the choice was made; we must now turn to damage control – especially when it comes to the euro.

The Eurozone is growing, albeit slowly. If all goes as forecast, economic health will eventually be restored, unemployment will decrease, and the periphery countries will regain competitiveness.

But things rarely go as forecast – as we were so forcefully reminded last week. Brexit was the latest – but certainly not the last – shock that will challenge the monetary union.

The question is: Is the Eurozone resilient enough to withstand the bad shocks that it is likely to face in the months and years to come?

For many observers, the answer is ‘no’. To survive the next bad shock, they argue, Europe’s monetary union needs major reform and deeper political integration. As such deeper integration is extremely difficult in today’s political climate, pessimism is the order of the day.

We do not share this pessimism. The Eurozone’s construction has surely followed a convoluted process, but the fundamental architecture is now in place. Yes, some measures are needed to strengthen this architecture. And yes, more ambitious steps would improve resilience further, but these will have to wait for a political breakthrough.

The purpose of this essay is to identify what needs to be done soon, and what would be good to do but can probably wait. To avoid the mind-numbing details that often cloud discussions of Eurozone reform, we paint our arguments with a broad brush. (We will follow up with further documents with much greater detail on specific reform proposals.)

On banks and the financial system: Think of a good financial architecture for the Eurozone as achieving two main objectives in coping with another bad shock: 1) reducing the risk of bank defaults; and 2) containing the broader economic effects when defaults do occur.

This architecture is largely built. Both supervision and regulation are now largely centralised. Supervision is improving and stress tests are becoming more credible with each iteration. The Single Resolution Mechanism is in place and private-sector bail-in rules have been defined. The Single Resolution Fund can provide some recapitalisation funds if and when needed. If they turn out not to be enough, the European Stability Mechanism (ESM) can, within the context of a macroeconomic adjustment programme, add more. In the longer term, a euro-wide deposit insurance scheme could improve resiliency, but this will take time.

So what more needs to be done soon?: Mostly to make sure that the rules in place can be enforced. Italy provides two cases in point. First, non-performing loans have steadily increased and are carried on the books at prices substantially above market prices. Second, the Italian government has proven very reluctant to apply the bail-in rules. The credibility of the rules is at stake. Either they have to be applied, or credibly modified.

What are the measures that would be good to take, but can probably wait?: Diversifying the portfolios of banks so that there are more resilient to domestic shocks would clearly be desirable. The focus has been on decreasing the proportion of domestic sovereign bonds in banks’ portfolios. This would be good, but domestic sovereign bonds represent a relatively small proportion of banks’ portfolios. Decreasing banks’ overexposure to domestic loans would also be an important step towards boosting resiliency. A different approach would be to transfer the responsibility for banks’ rescue from national governments to the ESM. But this is the kind of political step that seems unlikely to be feasible in the near term.

On public finances: Public debt is high, even if, for the time being, low interest rates imply a manageable debt service. Just as for the financial system, a resilient public finance architecture needs to:  1) reduce the risk of default; and 2) contain the adverse effects of default, if it were to occur nevertheless.

On both counts, much remains to be done: Reducing the risk of default is best achieved through a combination of good rules and market discipline. Neither is really in place. The accumulation of rules has made them unwieldy, unenforceable, and open to too many exceptions. They can and should be simplified. In most countries, the level of expenditure – rather than the deficit – is the main problem. High expenditure makes it difficult to raise taxes and balance the budget, leading to dangerous debt dynamics. Thus, a focus on expenditure rules, linking expenditure reduction to debt levels, appears to be one of the most promising routes. Market discipline, on the other hand, will not work if the holders of the debt do not know what will happen if and when default takes place. This takes us to the second objective.

The Eurozone has put in place the right institution to deal with default, namely the ESM. Like the IMF, the ESM can, under a programme, help a country adjust. In its current form however, the ESM falls short of what is needed. First, the ESM’s ‘firepower’ is too small compared to the sort of shock-absorbing operations it may be called on to undertake in the case of a large Eurozone nation getting into debt trouble. Second, given its current decision-making procedures, markets cannot be sure that action will be taken promptly. Higher funding or higher leverage, and changes in governance such as replacing the requirement of unanimity by a more flexible one, are needed to make the ESM able to respond quickly and fully to a country in trouble. Third, the current structure is silent on who should negotiate a public debt restructuring in the extreme case where one was needed. Putting an explicit process in place should be a priority; the ESM is the natural place for it.

What other measures which would be good to have, but can probably wait?: Initiatives to address the legacy of high public debt would bolster Eurozone resiliency and thus would be very useful. However, as low interest rates are likely for some time to come, debt service is manageable, and debt forecasts show that debt-to-GDP ratios will slowly decline (absent a bad shock). Since proposals for dealing with legacy national debts would require the sort of political willpower that seems in short supply for now, such plans cannot be realistically put on the ‘do now’ menu, even if they are may be necessary in the future.

Another set of measures would implement stronger risk sharing, and transfer schemes to further reduce the impact of domestic shocks on their own economy. Proposals run from euro bonds to fiscal transfer schemes for countries subject to bad shocks. These measures would make the Eurozone more resilient and thus may be desirable. But, equally clearly, they would require more fiscal and political integration than is realistic to assume at this point. We believe that the Eurozone can probably function without tighter fiscal integration at least for some time.

We end with two sets of remarks:

Solvency and liquidity: Whether it is with respect to banks or states, the two issues facing policymakers are how to deal with solvency and liquidity problems. We have argued that, when solvency is an issue, the ESM is the right structure to address it (assuming a public debt restructuring procedure is in place). With respect to liquidity, we believe that, in addition to the liquidity facilities of the ECB, which can address sudden stops on banks, the Outright Monetary Transactions (OMT) is the right structure to address sudden stops facing states. One step that could be taken soon is a clearer articulation of how to combine the two. This would clarify the role of the ECB, and eliminate a source of criticism about the allocation of roles between the ECB and other Eurozone structures such as the ESM. The resulting clarity would make it easier for markets and investors to be assured that Europe’s monetary union could deal effectively with any future shocks.

Structural reforms: In any country, at any point, some pro-growth structural and institutional reforms are desirable. Is there a particularly strong argument for them in the case of the Eurozone? To some extent, yes. The institutional problems of the euro are made worse by low growth, and demographic change. If the structural and institutional reforms delivered higher growth, this would be good by itself – ignoring distribution effects – and it would allow for faster improvement in bank and state balance sheets.

Those specific structural reforms which allow for faster adjustment of competitiveness, be it through faster cost adjustment or faster reallocation, would also improve the functioning of the monetary union. Implementing such reform is a slow and difficult process, but necessary nonetheless. The Eurozone will never be a well-functioning monetary union until it is much more of an economic union as well.

We have stressed that actions need to be taken soon, while others are more long term, but the long-term questions do need to be discussed without delay.

Do you support this view?: Starting next week, we will open this column to endorsement by economists. Details to be posted on Monday.

Must-Read: From my perspective, this piece at Vox.eu makes many too many bows to conventional-wisdom idols with not just feet but bodies and heads of clay. Thus I cannot sign on to it.