Marx's Half-Baked Crisis Theory and His Theories of Surplus Value, Chapter 17: Hoisted from the Archives from Five Years Ago 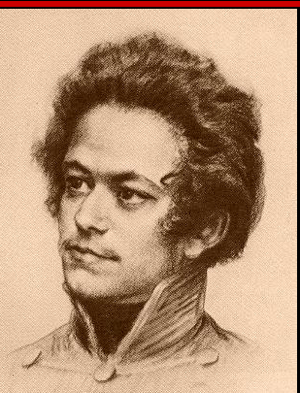 From this, Marx deduces the conclusion that crisis must come, and will come as soon as capitalists lose confidence in their belief that the boom will continue at an increasing rate.

In this way Marx, I think, links his value theory through Mill's monetary theory to produce a crisis theory.

What I do not understand is Marx's rejection of monetarist or Keynesian solutions. Marx says the ancient and feudal modes of production did not have crises. Why not? Because they used their surplus for crusade or war or display or elite consumption and not for accumulation, hence the surplus was recycled into demand for labor and there was never any of the interruptions of M-C-M' that we get under the capitalist mode of production when capitalists lose confidence that if they turn their M into C they will then be able to turn it back into M'. For the government to see the surplus for public betterment in a downturn would seem to be just as effective a cure for depression under the CMP as conquering Gaul is under the AMP or building a cathedral is under the FMP.

I think—I am not sure, but I think—Marx's rejection of a monetarist or Keynesian cure is based in part on the fact that Marx is like Ron Paul: he believes there's something wrong about credit. The liquidity the government creates by printing money is to Marx, I think, fake liquidity that is bound to come to a bad end. The only real liquidity for Marx gold.

Second, Mark finds it inconceivable that a government of the ruling class would tax the ruling class in order to boost the consumption spending of the public sector and the poor. Thus expansionary fiscal policy to cure or a downturn is ruled out by Marx's theory of politics.

But of course we really do not know how Marx would have closed what seem to me to be gaping logical holes in the crisis theory I can rationally reconstruct from chapter 17 of *Theories of Surplus Value8. The problem is that Marx never made his arguments tight and coherent. The problem is Marx never engaged anybody like John Stuart Mill in a debate on business cycle theory.

So arguing about what Marx's business cycle theory was is kind of like arguing what kinds of poems the Romans would have written had they been Scotts—or whether if my grandmother had wheels she would or would not be a bus.

Marx's Half-Baked Crisis Theory and His Theories of Surplus Value, Chapter 17: Hoisted from the Archives from Five Years Ago