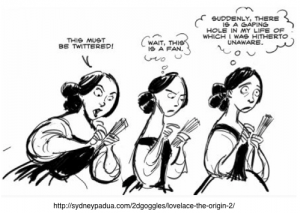 Live from the Cleveland Dumpster Fire: Why, Hilzoy, you are blogging again!

Hilzoy: How The Republicans Got Donald Trump:

Shorter Mitch McConnell: Support Trump--If Necessary, We Can Always Have a Military Coup 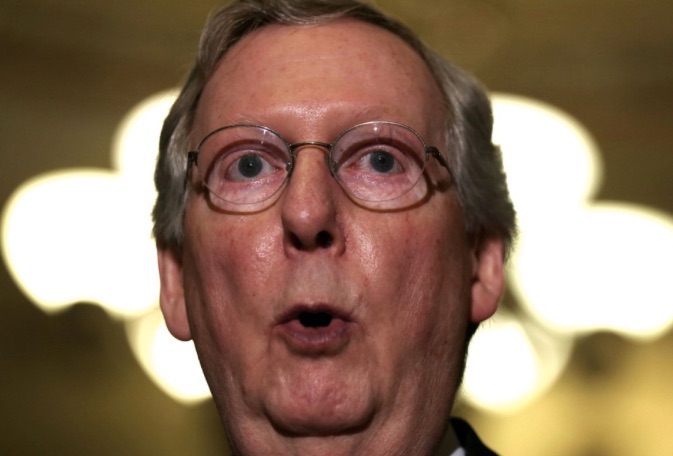 Live from the Cleveland Republican Dumpster Fire: The very sharp Brian Buetler points us to the Senate Majority Leader:

I disagree with [Donald Trump]. NATO is the most important military alliance in world history. I want to reassure our NATO allies that if any of them get attacked, we'll be there to defend them.... I think he's wrong on that. I don't think that view would be prevalent or held by anybody he might make secretary of state or secretary of defense...

Must-Read: The very sharp Dan Wang sends me to the several-screws-loose Peter Thiel. He has, apparently, not marked his beliefs to market over the past eight years. He has not drawn the lesson that Ben Bernanke and company might know more than he does about some things:

Peter Thiel (2008): The Optimistic Thought Experiment: "In every possible future, all of today ’s bubbles will burst...

...their ideological scaffolding will prove to be

Must-Read: Charles Feinstein (1998): Pessimism Perpetuated: Real Wages and the Standard of Living in Britain during and after the Industrial Revolution: "New estimates of nominal earnings and the cost of living...

Must-Read: Kevin Hjortshøj O'Rourke: Deserting the Battle for Britain: "Former ‘Remainers’--those who wished to stay in the EU--seem to have given up... SANGER: So what we want to do is pick up where we left off in March. We were listening to Speaker Ryan last night, and he presented a much more traditional Republican, engaged internationalist view of the world. One in which he said that the United States would never lead from behind. In our conversation a few months ago, you were discussing pulling back from commitments we can no longer afford unless others pay for them. You were discussing a set of alliances that you were happy to participate in.

TRUMP: And I think, by the way, David, I think they will be able to afford them.

IMHO, Ezra Klein should be scared of Trump. But he should be more scared of America's press corps, that reports politics not as a horse race--horse-race reporters know about the fundamentals that are tracks and jockeys and bloodlines and so forth--but as a WWE match. And he should be most scared of the Republican Party--80% of its core members and 90% of its activists will vote and work for Trump.

Must-Read: As I say: labor is actually six dimensions: (1) backs, (2) fingers, (3) brains as routine cybernetic controls for mechanisms, (4) brains as routine cybernetic mechanisms for accounting operations, (5) smiles, and (6) creative ideas. (1) has been--slowly--becoming less valuable since the domestication of the horse. (2) has been--more rapidly--becoming less valuable since the start of the British Industrial Revolution. But diminished value in (1) and (2) has, so far, always, within a generation, been offset by greatly increased value in (3), (4), (5), and (6) as capital complements those other dimensions of labor. Now (3) is falling to the robots and (4) is falling to the 'bots--leaving us with only (5) and (6). This is qualitatively different from previous episodes of technological change. Will it have different consequences for overall capital-labor complementarity? How can anyone know yet?

Must-Read: Maury Obstfeld: A Spanner in the Works: An Update to the World Economic Outlook: "Because the future effects of Brexit are exceptionally uncertain...

Live from the Cleveland Dumpster Fire: Republican grifters who continue to pretend to believe that they could easily capture a President Trump for their policy fraction: 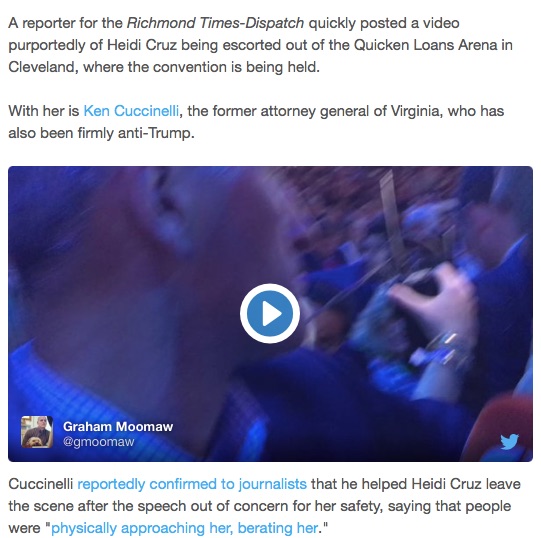 Live from the Cleveland Dumpster Fire: Well, well, well: a Ted Cruz endorsement of Hillary does not look totally impossible any more:

Ted Cruz: "We deserve leaders who stand for principle, who unite us all behind shared values, who cast aside anger for love...

...That is the standard we should expect from everybody. And, to those listening, please don't stay home in November. If you love our country, and love our children as much as you do, stand, and speak, and vote your conscience, vote for candidates up and down the ticket who you trust to defend our freedom, and to be faithful to the constitution...

And, Maggie Haberman and David Sanger: it's not "extend the security guarantees"; it's "honor the promises and obligations":

Maggie Haberman and David Sanger: Donald Trump Plays Down Role of U.S. in Global Crises: "He even called into question whether, as president...

Still in Trump's Twitterstream as Ted Cruz Prepares to Endorse Him

Live from the Cleveland Dumpster Fire: Yet more evidence that, while Donald Trump did not deserve to win the Republican nomination, his opponents deserved to lose it:

Donald J. Trump: "A picture is worth a thousand words":

Live from the Cleveland Dumpster Fire: Matthew Yglesias: While We Wait: Here’s Donald Trump on Barack Obama: "In November of 2008, I was interviewed... about the election and I was honest about it...

Live from the Cleveland Dumpster Fire: Matthew Yglesias says "ECONOMIC ANXIETY!!" and sends us to Julia Ioffe: Melania’s Fan Club: "She just needed to get up there and speak to them... 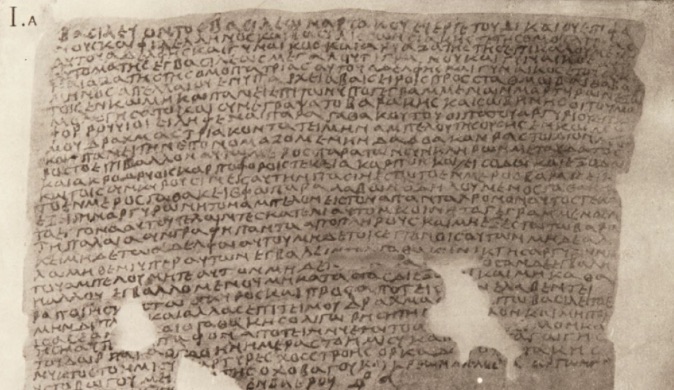 1 During the reign of the king of kings Arsaces, the Benefactor, the Just, the Mani-
2 fest, and the Lover of Greeks, and of the queens Siake, his agnate
3 sister and wife, and Aryazate who is surnamed
4 Automa, daughter of the great king Tigranes and his [i.e. Arsaces’] wife,
5 and of Azate, his agnate sister and wife, in the year 225,

Live from the Cleveland Dumpster Fire: Is there any reason that anybody should believe that the latest Meredith McIver story from the Trumpists is the one true tree in the large and dense forest of implausible lies?

Inclosed I transmit your Excellency a letter from the Count Destain. He has had the River sounded and finds he cannot enter. He will sail for Rhode Island tomorrow evening; in the mean time he is making demonstrations to deceive the enemy and beget an opinion that he intends to operate in this quarter.

NEW YORK, Thursday—I was somewhat saddened this morning when I saw in the paper that Gen. Draja Mihailovich of Yugoslavia had been executed. The man next to me in the subway pointed it out to a friend and said, 'That's the Russian way of handling things. He wasn't a traitor to his country. He fought the Germans at the start, but he didn't agree to the kind of government the Yugoslavs now have, and that's what happens to the opposition.'

I am now enclosing to you herewith clippings which I have taken out from the PM which tells how Southern policeman 'gouged out both eyes' of a returned Negro veteran. This was done by means of their clubs.

Live from the Warming Planet: Barack Obama: This map says it all:

Live from the Cleveland Dumpster Fire: Robert Draper: How Donald Trump Picked His Running Mate: "One day this past May... Donald Trump Jr., reached out to a senior adviser to Gov. John Kasich of Ohio...

Doesn't Any Trump Know How to Play This Game?: Paying Bespoke Prices for Used Off-the-Rack Metaphors

Live from the Cleveland Dumpster Fire: No. No Trump knows how to play this game:

Donald Trump, Jr. (July 19, 2016): "Our schools used to be an elevator to the middle class. Now they are stalled on the ground floor. They are like Soviet-era department stores, run for the benefit of the clerks and not the customers..."

F.H. Buckley (May 2, 2016): "What should be an elevator to the upper class is stalled on the ground floor. Part of the fault for this may be laid at the system's entrenched interests: the teachers' unions and the higher-education professoriate. Our schools and universities are like the old Soviet department stores whose mission was to serve the interests of the sales clerks and not the customers..."

CASE NIGHTMARE BLOND: Patrick Wintour: Boris Johnson Grilled Over Past ‘Outright Lies’: "[Foreign Secretary Boris] Johnson twice referred to the crisis in Egypt, but was believed to be referring to Turkey...

Live from the Cleveland Dumpster Fire:

Melania Trump: "We want our children in this nation to know that the only limit to your achievements is the strength of your dreams and your willingness to work for them…"

Live from the Cleveland Dumpster Fire: Josh Marshall: Violence, Blood and Betrayal inside the Trump Potemkin Village: "On MSNBC last night a bunch of really smart guys were saying how Trump would and must be outraged at how a staffer/speech writer...

Must-Read: Tim Duy: Why the Fed Can't and Shouldn't Raise Interest Rates: "The Fed should consider the need for two targets...

Must-Read: Viktor Slavtchev and Simon Wiederhold: Does the Technological Content of Government Demand Matter for Private R&D?: "Governments purchase everything from airplanes to zucchini...

Live from the Republican Dumpster Fire: 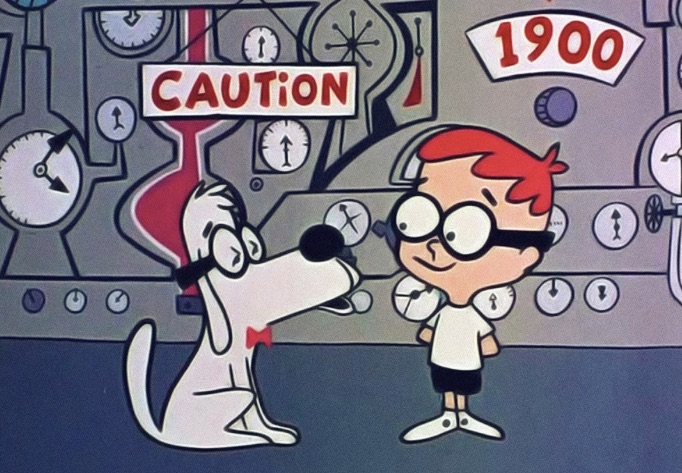 Timothy Burke: "I taught speech for ten years. Even my worst students...":

Live from the Cleveland Dumpster Fire that Is the Republican Party: Jonathan Chait: Ethno-Nationalism and C-List Celebrities: "The purpose of the first night of the convention was to remind Republican loyalists...

More the Owl Was the Baker's Daughter Weblogging: No Mitt Romney, no John McCain, no George H.W. Bush in Cleveland to endorse Trump. But Bob Dole is there. Sad!

Live from the Internet: I must say, I am not impressed.

Live from the Republican Dumpster Fire: Who is the Steve King (Rep-Iowa) of the Ashante?

Live from Cleveland: Norm Ornstein and Tom Mann are '90ers--they believe that the roots of Republican Party dysfunction and the current danger to our Republic began in 1990 when Newt Gingrich persuaded Republican office holders in Washington that breaking as much of the government as they could and delegitimizing the rest was the right road to power and influence. Paul Krugman is an '80er--he believes that the roots lie in 1980, with the Reagan campaign's capture by those whom Greg Mankiw used to call "charlatans and cranks" and the adoption of "Voodoo Economics". (There are also '64ers, like Rick Perlstein, who say: "Goldwater".) I tend to be a 90er myself...

Paul Krugman: The GOP's Original Sin - The New York Times: "Norm Ornstein... the GOP... off the rails... a radical party... little regard for truth...

The Bond Market and Expectations: A Parthian Shot 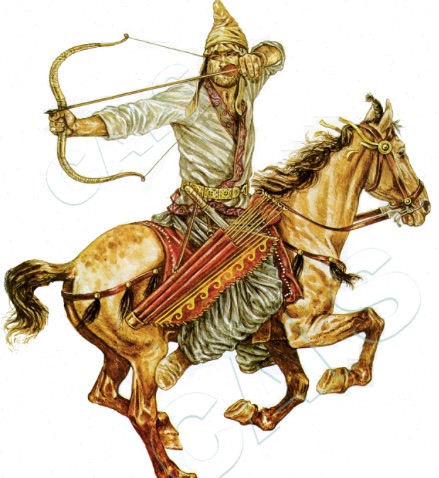 In my The Need for Expansionary Fiscal Policy I quote Greg Ip:

policy makers are rightfully wary about acting in the face of so many contradictory signals. In the U.S., unemployment is moving lower and stocks are hitting new highs. Bonds could be pricing in secular stagnation, or merely a greater bias toward hyper-stimulative monetary policy by central banks...

If bond markets were pricing in a a greater bias toward hyper-stimulative monetary policy by central banks, the yield curve would be very steeply sloped indeed. Just saying.