Weekend Reading: From W. Arthur Lewis (1977): The Evolution of the International Economic Order 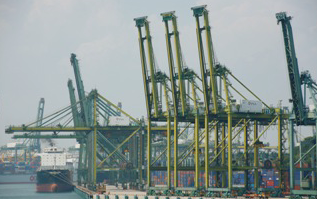 W. Arthur Lewis (1977): The Evolution of the International Economic Order

We must therefore turn to economic explanations. The most important... is the dependence of an industrial revolution on a prior or simultaneous agricultural revolution... already familiar to eighteenth-century economists, including Sir James Steuart and Adam Smith. In a closed economy, the size of the industrial sector is a function of agricultural productivity. Agriculture has to be capable of producing the surplus food and raw materials consumed in the industrial sector, and it is the affluent state of the farmers that enables them to be a market for industrial products.

The revolution spread rapidly in other countries that were also revolutionizing their agriculture, especially in Western Europe and North America. But countries of low agricultural productivity, such as Central and Southern Europe, or Latin America, or China had rather small industrial sectors, and there it made rather slow progress.

If the smallness of the market was one constraint on industrialization, because of low agricultural productivity, the absence of an investment climate was another. Western Europe had been creating a capitalist environment for at least a century; thus a whole new set of people, ideas and institutions was established that did not exist in Asia or Africa, or even for the most part in Latin America, despite the closer cultural heritage. Power in these countries—as also in Central and Southern Europe—was still concentrated in the hands of landed classes, who benefited from cheap imports and saw no reason to support the emergence of a new industrial class. There was no industrial entrepreneurship.

Of course the agricultural countries were just as capable of sprouting an industrial complex of skills, institutions, and ideas, but this would take time. In the meantime it was relatively easy for them to respond to the other opportunity the industrial revolution now opened up, namely to export agricultural products, especially as transport costs came down. There was no lack of traders to travel through the countryside collecting small parcels of produce from thousands of small farmers, or of landowners, domestic or foreign, ready to man plantations with imported Indian or Chinese labor.

And so the world divided: countries that industrialized and exported manufactures, and the other countries that exported agricultural products. The speed of this adjustment, especially in the second half of the nineteenth century, created an illusion. It came to be an article of faith in Western Europe that the tropical countries had a comparative advantage in agriculture. In fact, as Indian textile production soon began to show, between the tropical and temperate countries, the differences in food production per head were much greater than in modern industrial production per head.

This for example is what happened to Australia, whose development did not begin until the gold rush of the 1850s, and was then based on ex porting primary products. Nevertheless by 1913 the proportion of Australia's labor force in agriculture had fallen to 25 percent, and Australia was producing more manufactures per head than France or Germany.

Why did this not happen to all the other agricultural countries? The absence of industrialization in these countries was not due to any failure of international trade to expand. The volume of trade of the tropical countries increased at a rate of about 4 percent per annum over the thirty years before the first world war. So if trade was the engine of growth of the tropics, and industry the engine of growth of the industrial countries, we can say that the tropical engine was beating as fast as the industrial engine.

The relative failure of India tends to over shadow developments elsewhere, but countries such as Ceylon, Thailand, Burma, Brazil, Colombia, Ghana, or Uganda were transformed during these thirty years before the First World War. They built themselves roads, schools, water supplies, and other essential infrastructure. But they did not become industrial nations. There are several reasons for this, of which the most important is their terms of trade.....

Given this [adverse] difference in the factorial terms of trade, the opportunity that international trade presented to the new temperate settlements [of the expanded Global North] was very different from the opportunity presented to the tropics [of the Global South]. Trade offered the temperate settlements high income per head, from which would immediately ensue a large demand for manufactures, opportunities for import substitution, and rapid urbanization.

Domestic saving per head would be large. Money would be available to spend on schools, at all levels, and soon the countries would have a substantial managerial and administrative elite. These new temperate countries would then create their own power centers, with money, education, and managerial capacity, independent of and somewhat hostile to the imperial power. Thus, Australia, New Zealand, and Canada ceased to be colonies in any political sense long before they acquired formal rights of sovereignty, and had already set up barrier to imports from Britain.

The factorial terms [of trade] available to them offered them the opportunity for full development in every sense of the word.

The factorial terms available to the tropics, on the other hand, offered the opportunity to stay poor-at any rate until such time as the labor reservoirs of India and China might be exhausted. A farmer in Nigeria might tend his peanuts with as much diligence as a farmer in Australia tended his sheep, but the return would be very different.

The just price, to use the medieval term, would have rewarded equal competence with equal earnings. But the market price gave the Nigerian for his peanuts a 700-lbs.-of-grain-per-acre level of living, and the Australian for his wool a 1600-lbs.-of-grain-per-acre level of living, not because of difference sin competence, nor because of marginal utilities or productivities in peanuts or wool, but because these were the respective amounts of food their cousins could produce on the family farms.

This is the fundamental sense in which the leaders of the less developed world denounce the current international economic order as unjust, namely that the factorial terms of trade are based on the market forces of opportunity cost and not on the just principle of equal pay for equal work. And of course nobody understood this mechanism better than the working classes in the temperate settlements themselves, and in the United States. The working classes were always adamant against Indian or Chinese immigration into their countries because they realized that, if unchecked, it would drive wages down close to Indian and Chinese levels...

Weekend Reading: From W. Arthur Lewis (1977): The Evolution of the International Economic Order

W. Arthur Lewis (1977): The Evolution of the International Economic Order

We must therefore turn to economic explanations. The most important... is the dependence of an industrial revolution on a prior or simultaneous agricultural revolution... already familiar to eighteenth-century economists, including Sir James Steuart and Adam Smith. In a closed economy, the size of the industrial sector is a function of agricultural productivity. Agriculture has to be capable of producing the surplus food and raw materials consumed in the industrial sector, and it is the affluent state of the farmers that enables them to be a market for industrial products.