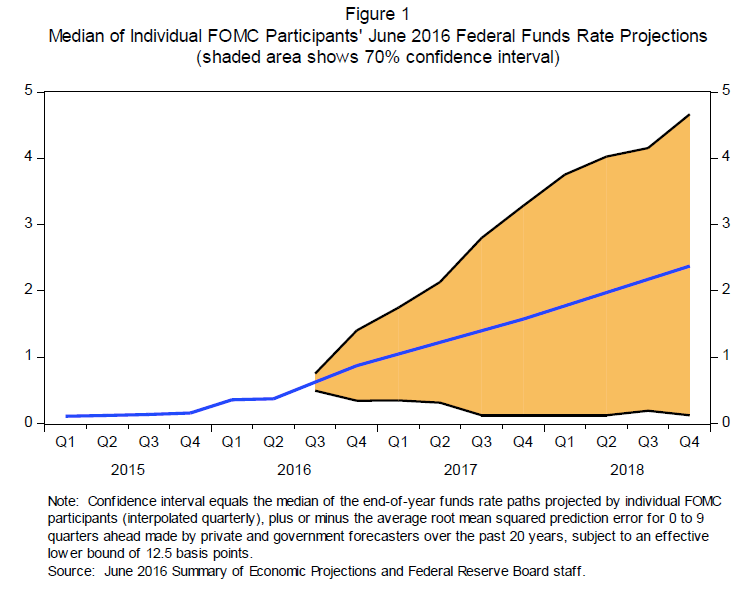 I confess I do not understand how such a graph could be estimated and drawn. Read MOAR Over at Equitable Growth

Business cycle asymmetry is a thing. It is an important thing.

The note under the graph says:

Confidence interval equals the median of the end-of-year funds rate paths projected by individual FOMC members (interpolated quarterly), plus or minus the average root mean square prediction error for 0 to 9 quarters ahead made by private and government forecasters over the past 20 years, subject to an effective lower bound of 12.5 basis points.

Eyeballing, I get a 9-quarter-ahead standard error of the forecast of a symmetric 2.2%-points. Look at the data over the past 20 years: 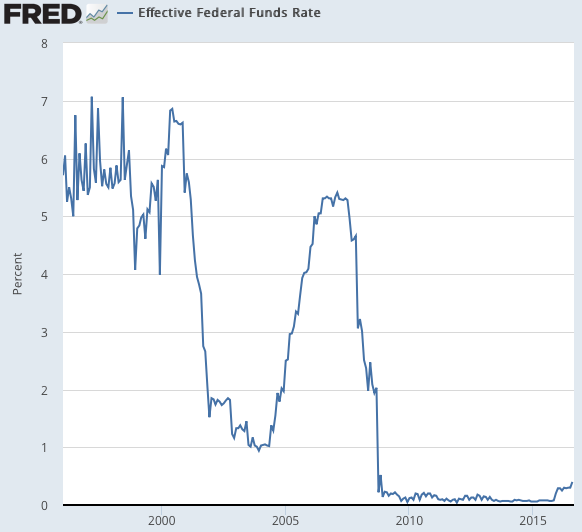 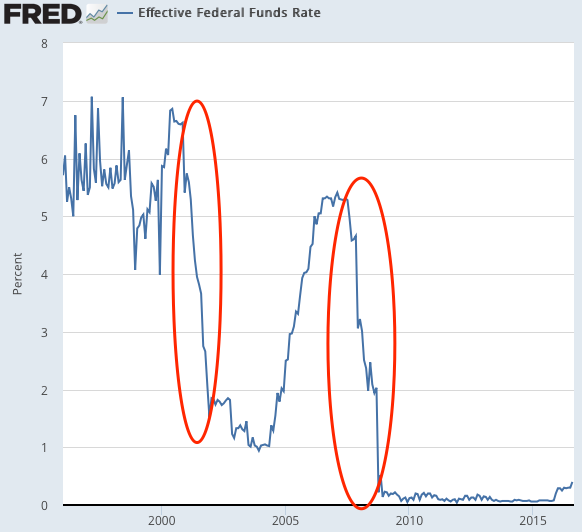 If the Federal Reserve is truly failing to take account of business cycle asymmetry here--taking some of the risk that the economy will greatly weaken rapidly and using it to raise its estimated probability of a sudden upside breakout on inflation--then I will be flummoxed. But if that is not what they are doing, why draw this graph?

Indeed, if we look back over the past 40 years, we see only two episodes of an unanticipated tightening of more than 2.2%-points: the late 1970s Volcker disinflation itself, and Greenspan's late 1980s tightening overshoot. I see no way of ascribing any probability greater than 1 in 20 to a late-2018 fed funds rate of 4.75% or more.

I confess I do not understand how such a graph could be estimated and drawn. Read MOAR Over at Equitable Growth