(Early) Monday Smackdown: The New York Times Owes Me $100 Every Time It Prints Something by Thomas Friedman. I'm Keeping a Tab 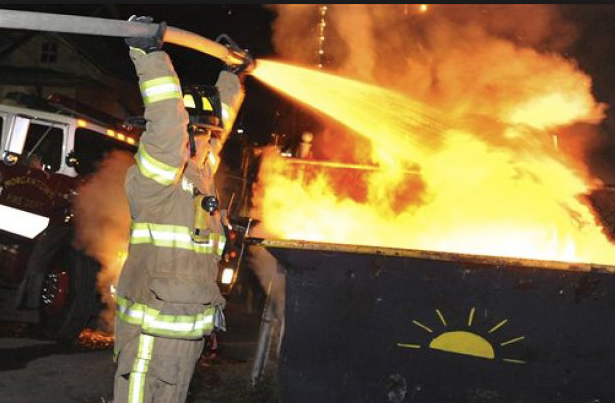 Yastreblyansky: Just So You Know:

It's the Universal Mustache, Thomas L. Friedman... asking Clinton to abandon the Democratic platform... in favor of what he calls "pro-growth" policies:

There are a lot of center-right, business Republicans today feeling orphaned by Trump. They can’t vote for him--but a lot of them still claim they can’t bring themselves to vote for Hillary, either. Clinton should be reaching out to them with a real pro-growth, start-up, deregulation, entrepreneurship agenda and give them a positive reason to vote for her...

Yastreblyansky: Friedman's Off His Meds Again:

Shorter Thomas P. Friedman, better known as Thomas L. Friedman, Mystax Centrotropicus, "How Clinton Could Knock Trump Out", New York Times, August 3 2016: "The country is in a furiously anti-elitist mood! And Trump could take advantage of it by unexpectedly turning sane, at any minute! Clinton's only hope is if she picks up on that center-right economic agenda! She must adopt it right away! I am not a crank!"

Because nothing says "I'm not an elitist" like an economic program geared to the Chamber of Commerce and the Stanford graduating class, and the Democratic platform doesn't offer anything to entrepreneurs:

There was just one group that was conspicuously absent: the people who drive our economy by inventing things or by borrowing money to start companies that actually employ people.

Other than the North Carolina tech entrepreneur Brooks Bell, the Entrepreneurs for Hillary group founded by Shelly Porges and others—

Clinton has proposed a number of initiatives that could benefit entrepreneurs. Her technology and innovation agenda is designed to appeal to tech companies as well as tech entrepreneurs. She has pledged to "level the playing field" for American small businesses by easing access to capital, reducing regulations and providing tax relief.

"The federal government has often focused on large businesses and providing incentives. She's very focused on ensuring that entrepreneurs and small businesses have the incentives, and investors in them, have the kinds of incentives they need to ensure that they can accelerate the growth of those businesses," Porges said.

—Eva Longoria, the minority- and woman-owned businesses hired to stage the thing and the tech startups that made it move such as Curalate, Taqtile, and I don't know who all else.

And ranking in the list of people in the "we" Clinton's acceptance speech opposed to Trump's "I alone":

And the commitment in the final draft of the platform to

rolling out broadband to every American and... language around the deployment of next-generation 5G technologies and free, public Wi-Fi. Some changes were made around encryption as well. While the initial draft did not even mention the issue, the final platform pledged support for a “national commission” on encryption, an idea that has been championed by Sen. Mark Warner and Rep. Michael McCaul. Democrats also re-affirmed a commitment to defending net neutrality and increasing public investment in infrastructure and R&D.

I'd really forgotten what a lunatic Friedman is.

The only things that were remotely growth-related in her speech were glancing references to a government-led infrastructure investment program (Go for it!) and her vow “to give small businesses a boost. Make it easier to get credit.”

To do that, though, would run smack into the anti-bank sentiment of the Democratic Party, since small community banks provide about half the loans to small businesses, and it is precisely those banks that have been most choked by the post-2008 regulations. We need to prevent recklessness, not risk-taking.

Once again, it's Democrats from Elizabeth Warren to Tim Kaine that are fighting to loosen regulations on community banks and credit unions.

Also, while Clinton herself may not have said a lot about it, a huge amount of startup activity and entrepreneurial hiring, especially in upstate New York, really does come from her career in the Senate, where nothing of this kind was too small for her to engage in, starting with the 2003 launch of MicroBizNY and going on to many little research grants, tax credits, and other kinds of assistance; I won't go into the tiny wonky details—you can check out some some of it here—but there were plenty of people who "started a business and hired somebody because of Hillary Clinton," as it happens.

It scares me that people are so fed up with elites, so hate and mistrust Clinton and are so worried about the future — jobs, globalization and terrorism — that a bare majority could still fall for this self-infatuated carnival barker if he exhibited half a political brain....

There are a lot of center-right, business Republicans today feeling orphaned by Trump. They can’t vote for him — but a lot of them still claim they can’t bring themselves to vote for Hillary, either. Clinton should be reaching out to them with a real pro-growth, start-up, deregulation, entrepreneurship agenda and give them a positive reason to vote for her.

How many of those center-right, business Republicans,Tom? How many voters? How many electoral votes do they have? How are we in danger of losing the election if we don't have them?

I know, it's all the tiny voters inside Tom's head, screaming for the fantasy they've been screaming for for 20 years, of a one-party state run by Tom Friedman and Ron Fournier from the Implacable Center, where everything given to working people with one hand is taken away from them with the other because "growth" means the magically expanding pie of unregulated capital. All that talk about the endangered election is bullshit; what he's really frightened for is the old Nixonian budget-balancing economic orthodoxy slipping at last into a terminal coma.

If there is one thing that is not going to revive growth right now, it is an anti-trade, regulatory heavy, socialist-lite agenda the Democratic Party has drifted to under the sway of Bernie Sanders. Socialism is the greatest system ever invented for making people equally poor. Capitalism makes people unequally rich, but I would much rather grow our pie bigger and faster and better adjust the slices than redivide a shrinking one.

The end of Thatcherism, it could be argued, came on July 10 in the then PM-candidate speech by Theresa May. It was perhaps appropriate that another woman, a Tory Prime Minister, would be credited with the ending of Thatcherism. The key words, which immediately attracted attention (see also Philip Stevens in today’s “Financial Times”) were not those about inequality (which has become a commonplace these days) but about the changes in the internal structure of capitalism: reintroduction of workers’ and consumers’ representatives on management boards, limits on the executive pay, reduction of job insecurity for the young people and much greater access to top jobs for those coming from less privileged backgrounds.

For the first time since the late 1970s (at the top level of policy-making), we are back to the issues of reforms in the way capitalism functions rather than discussing the ways in which the external environment would be made more market friendly. In essence, this is a confession that “civilizing” capitalism cannot be done only “externally” by relying on the “harmony of private interests” but that the state has a bigger role that goes beyond ensuring the protection of property rights, taxation and redistribution.

And dealing with inequality comes next, when the Conservatives lose—what we all know now, thanks to Thomas Piketty, is that slow growth goes along with high rents and the concentration of wealth at the peak of the pyramid. Growth is greater when it's shared.

Your dream of a sensible hipster liberal-conservatism, flashy and mechanized, buzzing with praise of innovation, building all the industrial infrastructure but balancing the budget, nice to the vices of the wealthy but harsh on the ineptitude of the poor, is all over, Tom, though you might be able to delay the transition in the US for another four years if you keep kvetching like that. Better, just shut up.

More from Dr. Krugman, who may be responding specifically (though indirectly) to this idiocy, via teacherken and Bethesda 1971 at Kos (h/t Peter).

(Early) Monday Smackdown: The New York Times Owes Me $100 Every Time It Prints Something by Thomas Friedman. I'm Keeping a Tab

Yastreblyansky: Just So You Know:

It's the Universal Mustache, Thomas L. Friedman... asking Clinton to abandon the Democratic platform... in favor of what he calls "pro-growth" policies:

There are a lot of center-right, business Republicans today feeling orphaned by Trump. They can’t vote for him--but a lot of them still claim they can’t bring themselves to vote for Hillary, either. Clinton should be reaching out to them with a real pro-growth, start-up, deregulation, entrepreneurship agenda and give them a positive reason to vote for her...