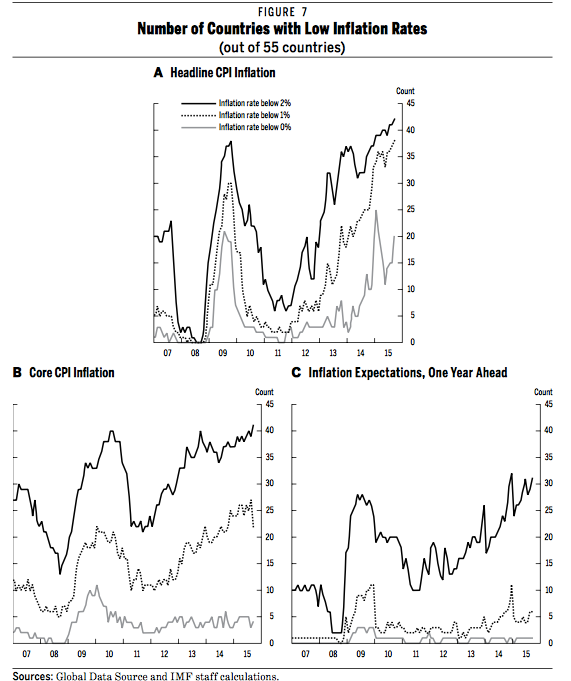 It is one of the great pleasures of my association with the Federal Reserve Bank of San Francisco to give these closing remarks. Having done this twice before, in 2011 and 2013, this affords me the opportunity not just to highlight some insights from this year’s papers but also to look back at the conclusions of those earlier conferences and see how they stack up in light of recent events.

In 2011 the focus was on Asia’s role in what the organizers optimistically referred to as the “post-crisis global economy.” The main conclusions—that Asian countries would remain deeply integrated into the international economy and that their influence over global economic prospects would, if anything, increase over time—have clearly been borne out by events.

Integration has deepened further as countries like China have taken additional steps to relax regulations limiting the integration of their financial markets with those of the rest of the world. Further evidence of financial integration lies in growing off-shore borrowing, mainly in Europe and the United States, of corporations in a variety of Asian countries, a phenomenon that is now widely seen as something of a mixed blessing. Earlier this year, starting on August 11, we saw how even a minor change in Chinese exchange rate policy could have major repercussions for global financial markets.

The other emphasis in 2011 was the linkage between monetary and financial policies. Strikingly, there was extensive discussion of what we would now call macroprudential policy, not least because the macroprudential policy toolkit was being pioneered by Asian countries like South Korea. There was extensive debate about whether it would be possible to develop a macroprudential tool-kit sufficiently powerful to allow interest rate policy to be assigned exclusively to the central bank’s inflation target, or whether it might be necessary to use interest rates to “get into all the cracks” of supervision and regulation, as Jeremy Stein subsequently put it.

The debate then was inconclusive. It is fair to say that this remains the case today.

In 2013 the topic of the AEPC was Asia’s growth prospects. The focus, not surprisingly, was on China and Japan, given the challenges of Chinese rebalancing and the advent of Abenomics.

For China, the questions were whether the rate of economic growth was poised to slow and whether leaders were serious about rebalancing the economy from investment to consumption and from manufacturing to services. On the first question, the nearly unanimous answer was yes, on the grounds that no economy can grow by 10 percent per annum indefinitely (a point also emphasized by Stanley Fischer in his remarks at this year’s conference), that the pool of underemployed labor had essentially been drained, and that raising service-sector productivity—China’s challenge going forward—is harder than raising productivity in manufacturing. This conclu- sion, we can say, has been more than fully borne out by events.

On the second question, whether Chinese leadership was fully committed to reforming and rebalancing the economy, considerable uncertainty was expressed. I think subsequent party plenums and policies have tended to support a positive answer—that the authorities are indeed committed to rebalancing. That said, there have also been some indications that they are prepared to rebalance only as fast as is compatible with growth in the 6 to 7 percent range. Hence there has been some reluctance to restructure debts. Efforts to limit liquidity provision were reversed in mid-2015 when the economy started to sputter. We will have to continue to monitor how rapidly or slowly rebalancing now proceeds.

The other big unknown in 2013 was the success of Abenomics. I am happy to report, therefore, that the big unknown in 2015 is the success of Abenomics. The Bank of Japan (BOJ) has waged total war against deflation. Learning from the economic setback that followed the first increase in the value-added tax, the BOJ put a second increase on hold. Following this adjustment in fiscal strategy, the campaign against deflation and stagnation appeared to be gaining ground.

More recently, however, Japan’s economic performance has weakened again. (According to data for the third quarter of the year, the economy is back in “technical recession.”) The question is, why? It could be that the economy’s productive capacity has been permanently reduced by the long period of stagnation. In seeking to explain why a weaker yen hasn’t done more to revive exports, some observers suggest that Japanese industry has been “hollowed out” by its lost decades. Olivier Blanchard, Eugenio Cerutti, and Lawrence Summers (2015) point to evidence suggesting that recessions can permanently reduce potential GDP, and we may be seeing this mechanism at work in Japan.

Others suggest that the problem is a weak external environment and the failure of Japanese policy to do more, given the resistance of vested interests to structural reform and now the complications for the weak-yen policy of the need for U.S. congressional ratification of the Trans-Pacific Partnership.

The 2013 conference also came in the aftermath of the Fed’s “taper talk,” creating concern about the economic prospects of Asian countries, such as India and Indonesia, with large current account deficits. Two years later, all eyes are on interest rate normalization rather than tapering, but concern for emerging markets with large external obligations remains.

Let me now say a few words about the papers, starting with that by Sebastian Edwards. Edwards takes a historical approach to the question of whether there could be contagion to Asian or Latin American emerging markets from Fed normalization. Naturally, I applaud his adoption of a historical approach. History offers a number of interesting episodes of anticipated and unanticipated increases in interest rates.

But we know that history doesn’t repeat itself; it rhymes. There also may besignificant differences in economic structures and circumstances leading Asian and Latin American central banks to respond differently this time. We heard about some of these in the discussion.

Dollar-denominated corporate debt is more of a problem today. Short-term bank-intermediated debt, on the other hand, may be less of a problem, as bond issuance has risen relative to cross-border bank lending. In some cases, dollar invoicing and therefore pass-through may be less than in the past. In other cases, financial openness may be greater. What all this means for policy contagion is not exactly clear. But it does point to the question of whether the patterns that Edwards detects still hold today, out of sample. Edwards acknowledged the point in his conclusion. It bears repeating.

Loren Brandt’s analysis of productivity growth in China at the firm level paints a convincing picture of relatively fast growth in industrial sectors most exposed to domestic and international competition and most subject to entry and exit. This result is intuitive, but documenting it has powerful policy implications. My question is whether the conclusions carry over to the service sector, something that Brandt flags in his introduction but does not pursue in his empirical analysis.

The service sector will be the fastest growing part of the Chinese economy going forward, and a number of economies in whose footsteps China is following—in Asia, the Japanese and South Korean cases spring to mind— have experienced considerable difficulty in raising service-sector productivity.

This is part of a broader problem experienced across a broad swath of middle- and high-income economies, also something emphasized by Stan Fischer in his opening address. The question is, why? One traditional explanation, that advanced technology is less applicable to services than manufacturing, no longer appears to hold water, whether your preferred example is Uber, Airbnb, or Mechanical Turk. Another, that service-sector firms are small and that small firms have relatively low productivity, is similarly dubious in a world inhabited by the likes of Amazon and Alibaba.

More likely is that the service sector in many countries, including in Asia, has served as a catch basin for older workers displaced from industry as manufacturing becomes less labor intensive. Brandt mentioned this in his presentation. This highlights the need for public programs to provide retraining and productive employment for these workers, rather than shunting them off to the corner store.

Steve Cecchetti and Paul Tucker, our two leading authorities on macroprudential policy, ask if such policies need to be coordinated internationally, whether because global nance requires a common prudential standard, because effective enforcement requires coordination, or because dynamic regulatory policy adjustments in order to be effective have to be coordinated before and after the fact.

The authors argue the case for the affirmative on all three grounds. In my view, the first argument is impeccable; lack of a common standard can allow a dangerous race to the bottom. The second argument is similarly strong, since otherwise there almost certainly will be cross-border externalities and spill-overs that macroprudential regulators fail to internalize. And the third argument, that dynamic adjustments need to be coordinated, is just a special case of arguments one and two.

The question is whether such extensive cooperation is feasible under current institutional and political arrangements, or whether one can imagine new institutions that are up to the task. There have been ambitious institutional developments to facilitate standard setting and information sharing through the Bank for International Settlements, the Financial Stability Board, and a variety of other entities, as documented by the authors in their paper. But the capacity of these entities to facilitate formal policy coordination—dynamic or even static—is another matter.

The situation is analogous to that in the literature on international macroeconomic policy coordination, where standard setting (think inflation targeting) and information sharing (think the G-20 and World Bank/International Monetary Fund annual meetings) are relatively successful, but formal policy coordination (actual policy tradeoffs) has proven much harder to arrange.

Jeffrey Frankel addresses this question of macroeconomic policy coordination directly. His work with Katherine Rockett in the 1980s demonstrated that coordination could be counterproductive when policymakers disagree on the model. In his conference paper Frankel argues that such disagreements are, in practice, pervasive. It’s hard to quibble with this conclusion, given recent disputes over the stance of policy in Europe and complaints by emerging markets about competitive currency depreciation by the United States and other advanced economies.

I have my own strongly held views of this question, but reasonable people can disagree—which is precisely the point of Frankel’s paper.

If there is going to be meaningful monetary policy coordination in Asia, it will have to be coordination around, or at least involving, the renminbi. This brings us to Eswar Prasad’s paper, which provides a definitive account of the progress and prospects of renminbi internationalization. Progress, the paper documents, has been slow but steady—and in some cases, like last August 11, not so steady.

Prasad emphasizes the structure and development of China’s financial markets as a limiting factor governing the pace of internationalization. I would point to China’s political system as a second limiting factor. Every first-class reserve and international currency in history (every “safe-haven currency,” as Prasad put it in his discussion) has been the currency of a democracy or a political republic. The sample is not large, to be sure. But there are sound reasons for believing in this association. Central banks and private investors will park a significant share of their reserve and investment portfolios in Shanghai only if there are checks on the arbitrary action of the executive—checks of a sort that we associate with political systems with multiple veto points. The question is, what kind of political change exactly is needed to foster renminbi internationalization? An independent central bank? An independent regulator? Something more?

Our organizers, authors, and discussants have given us a lot to consider. I hope to have the opportunity to revisit these issues with you in two years.

It is one of the great pleasures of my association with the Federal Reserve Bank of San Francisco to give these closing remarks. Having done this twice before, in 2011 and 2013, this affords me the opportunity not just to highlight some insights from this year’s papers but also to look back at the conclusions of those earlier conferences and see how they stack up in light of recent events.