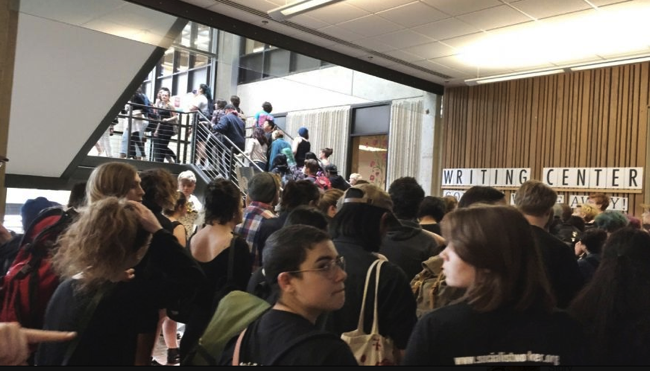 Noah Smith: Speech on campus: A reply to Brad DeLong: "On Twitter, I wrote that I disagreed with Brad's ideas about speech on college campuses... http://noahpinionblog.blogspot.com/2017/09/speech-on-campus-reply-to-brad-delong.html

...Brad then requested that I write my ideas up in the form of a DeLong Smackdown. So here we go.

Brad's post was written in a particular context - the recent battles over right-wing speakers at Berkeley. More generally, the alt-right has been trying to provoke conflict at Berkeley, seeing an opportunity to gain nationwide sympathy. The murder of Heather Heyer by Nazis, and general white supremacist street violence, has turned the national mood against the alt-right. The alt-righters see (correctly) that the only way to recover rough parity is the "both sides" defense - in other words, to get people so worried about left-wing street violence that they equivocate between left and right. To this end, they are trying to stir up the most obvious source of potential leftist street violence: Berkeley.

Brad, who works at Berkeley, is far closer to the action, and knows far more about the details on the ground than I do. For example, he noticed this flyer: 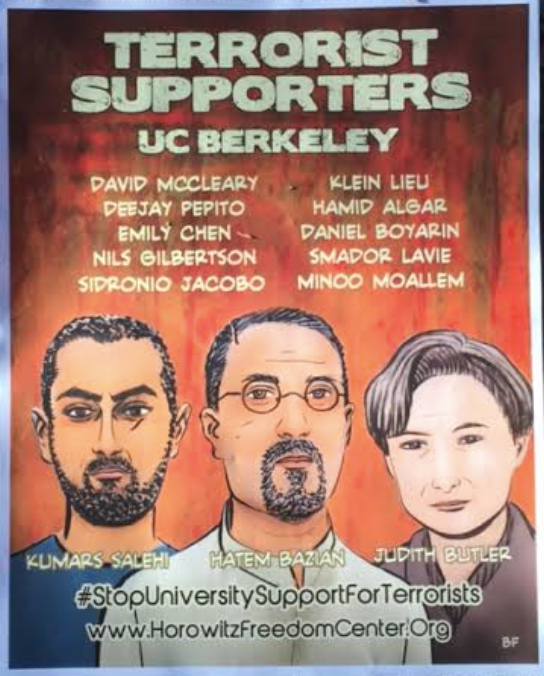 I am naturally coming at this from an outside perspective. Thus, my discussion will be more general than Brad's. That will naturally involve some degree of us talking past each other - I'll be thinking of things like campus speech codes, aggressive protests against lefty professors by even more lefty students, etc. Thus, my arguments will not directly contradict Brad's.

But I believe there is something to be gained from this more general perspective. Brad, in writing his response to the New York Times' questions about free speech, seems to be starting with the particular example of alt-right "free speech" trolling, and generalizing from there. But generalizing from concrete examples can be dangerous, since the set of available examples is quite diverse. There is simply much more going on on college campuses in this country than the antics of the alt-right provocateurs at Berkeley.

Anyway, on to Brad's post. Brad writes that universities should restrict speech whose intent and/or effect is to harm the discussion of useful ideas and/or drive people away from the university:

A university has three goals:

If you come to Berkeley, and if your speech is primarily intended to—or even, through your failure to think through what you are doing, has the primary effect of (1) keeping us from developing ideas that may be great ones, (2) keeping us from properly evaluating and assessing ideas, or (3) driving members of the university away, your speech does not belong here.

At first glance, this seems reasonable. We all know that some people use speech as a weapon to shut down discussion or to hurt people - the aforementioned alt-right provocateurs are the paradigmatic example of this. More generally, we have all seen in the past three or four years how one very specific small group of people - the alt-right - has poisoned Twitter to the degree where it is less and less useful and fun for the vast majority of users, and has attempted to do the same to Facebook, Reddit, and YouTube.

There are very good reasons not to let a tiny group of bad people piss in the pool of free speech.

But the danger is that safeguards put in place to exclude this small minority of pool-pissers will wind up - to extend the metaphor - over-chlorinating the pool. The perfect example of this is the War on Terror. One guy tries (unsuccessfully) to hide a bomb in his shoe, and the next day we're stuck going through the bullshit security theater of shoe removal for all eternity. The danger of administrative overreaction should never be ignored.

In practice, these ideas are impossible to implement without the personal judgment of a small and relatively self-consistent group of judges. For government speech restrictions, we rely on the judgment of federal and state judges and the Supreme Court to tell us what constitutes Constitutionally protected speech. Law is necessarily a subjective exercise, but it is a systematic subjectivity.

But at the university level, the judges can be literally anyone on campus - administrators, faculty, and students. At different universities there will be different sets of judges, with different opinions. Unlike the world of U.S. law, where precedents are systematically logged and there is a huge well-trained legal profession dedicated to harmonizing standards and ideas and judgment across locations and situations, universities are a slapdash, haphazard patchwork of ad-hoc decision-making bodies.

Thus, the standards Brad sets out are, in terms of actual content regarding the speech that is to be prohibited, effectively vacuous.

But they are not vacuous statements overall - they connote a general endorsement of tighter speech restrictions than currently exist at most universities (or at least, at Berkeley). And that amounts to a directive to America's (or Berkeley's) entire vast, uncoordinated, untrained patchwork of campus stakeholders to go out and make a greater attempt to limit speech that they think is counterproductive.

The effect of this advice, I predict, if widely heeded, will mainly be chaos. Given the lack of communication, coordination, shared values, training, and clearly recorded precedent among the various arms of the ad-hoc campus speech police, students and faculty at campuses across America will have little idea of what constitutes acceptable speech. In some situations, pro-Palestinian speech might be grounds for firing; at others, pro-Israel speech. At some universities we will see queer, mixed-race leftist professors berated to tears for wearing T-shirts saying "Poetry is lit". At other universities we will see faculty instructed not to ask students where they are from.

In addition to the chaos of opinion regarding what constitutes counterproductive speech, there is the chaos of enforcement. The U.S. legal system has clear rules for how the law gets enforced - even though many police break those rules, it is much better to have the rules, and to identify who constitutes the police, than to rely on an ad-hoc patchwork of posses, lynch mobs, and other self-organized local militias to enforce the law.

On campus, the enforcement of local opinions about what constitutes counterproductive speech has become hopelessly patchwork. In some cases, professors and/or students are fired or disciplined by administrators. In other cases, faculty discipline students who say inappropriate things in class. In yet other cases, student protesters act as ad hoc militias, sometimes with the blessing of administrators and/or faculty, to enforce speech norms against professors. It's a jungle out there already. And calling for more speech restriction will only increase the demand for enforcement, making the jungle yet more chaotic.

The chaos on U.S. campuses has been likened jokingly to China's Cultural Revolution. The comparison is obviously a joke - the Cultural Revolution mobilized millions of people, killed millions, and persecuted tens of millions, while the U.S. campus chaos has so far amounted to the firing of a few unlucky but (probably) financially secure academics and some (mostly) peaceful protests by a few thousand (mostly) spoiled upper-middle-class kids. 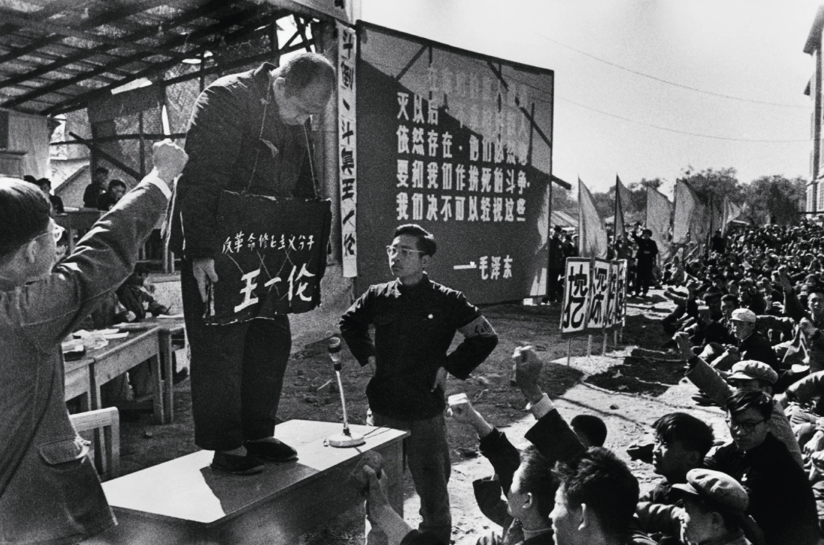 But there is one clear parallel: the chaos. The Cultural Revolution was begun by Mao, who called for a general uprising to purge capitalist and reactionary elements from Chinese society. But because Mao by then had been stripped of most official power, and because Chinese institutions were weak, there was no real state apparatus to systematically prosecute Mao's goal. Instead, the task fell to self-organized militias across the country. Each militia had its own idea of what constituted true communism, and of what was required to achieve it. As a result, the militias did a bunch of crazy stuff, and even fought each other, and ultimately did nothing except to prolong China's century of suffering for another dozen years or so. (Eventually, the army cracked down and restored order.)

The lesson here is that forceful calls for vague revolutions have predictably chaotic consequences. Broadcasting the idea that there is lots of problematic speech on campuses that needs to be forcibly expunged, but offering neither a useful criterion for identifying such speech nor a useful method of punishing it, is a recipe for silliness, wasted effort, and general stress. That would be undesirable at any time, but a time when genuinely bad and threatening things are happening at the level of national politics, it seems like even more of an unneeded distraction.

So what about the particular case of the alt-right and their Berkeley-poking? It seems clear to me that university administrators should stop provocateurs like Milo Yiannopolous from giving speeches intended mainly to provoke violent reactions. But this sort of provocation seems genuinely rare. Usually, when right-wing people give campus speeches, it's because they really believe in right-wing ideas. As much as Brad or I might disagree with those ideas, it seems counterproductive to ban them.

In fact, it seems counterproductive to ban right-wing ideas from campus even if right-wing ideas are totally and completely wrong! The reason is that kids need something to argue and fight against. Like grouchy econ bloggers, college kids shape and refine their ideas through argumentation. Without John Cochrane tossing out terrible ideas about fiscal stimulus and health care, Brad and I would waste our mental effort in byzantine disputes with other left-leaning econobloggers over stuff like Verdoorn's Law. Similarly, without right-wing stuff to argue against, lefty college kids will turn their contentious intellectual passions against their left-wing professors. Given that right-wing ideas are still powerful outside of the university, I would rather not see America's premier source of left-wing energy and intelligence and ideas spend its fury devouring itself from within.

So I believe that the proper approach to campus speech is a relatively hands-off one - to treat on-campus speech approximately like we treat off-campus speech. There will be some differences, of course - college kids live on campus, so there will need to be stronger protections against physical intimidation and threat. But in general, I believe that there should be no substantial increase in limitations of speech on American campuses.

Noah Smith: Speech on campus: A reply to Brad DeLong: "On Twitter, I wrote that I disagreed with Brad's ideas about speech on college campuses... http://noahpinionblog.blogspot.com/2017/09/speech-on-campus-reply-to-brad-delong.html

...Brad then requested that I write my ideas up in the form of a DeLong Smackdown. So here we go.

Brad's post was written in a particular context - the recent battles over right-wing speakers at Berkeley. More generally, the alt-right has been trying to provoke conflict at Berkeley, seeing an opportunity to gain nationwide sympathy. The murder of Heather Heyer by Nazis, and general white supremacist street violence, has turned the national mood against the alt-right. The alt-righters see (correctly) that the only way to recover rough parity is the "both sides" defense - in other words, to get people so worried about left-wing street violence that they equivocate between left and right. To this end, they are trying to stir up the most obvious source of potential leftist street violence: Berkeley.