...Gabriel Rossman remarked... that most... in effect show population density more than anything else. (There’s an xkcd strip about this, too.) The other big variable, in the U.S. case, is Percent Black. Between the two of them, population density and percent black will do a lot to obliterate many a suggestively-patterned map of the United States.... If it turns out it’s more useful to know one or both of them instead of the thing you’re plotting, you probably want to reconsider your theory.... As a public service, here are America’s two ur-choropleths, by county: 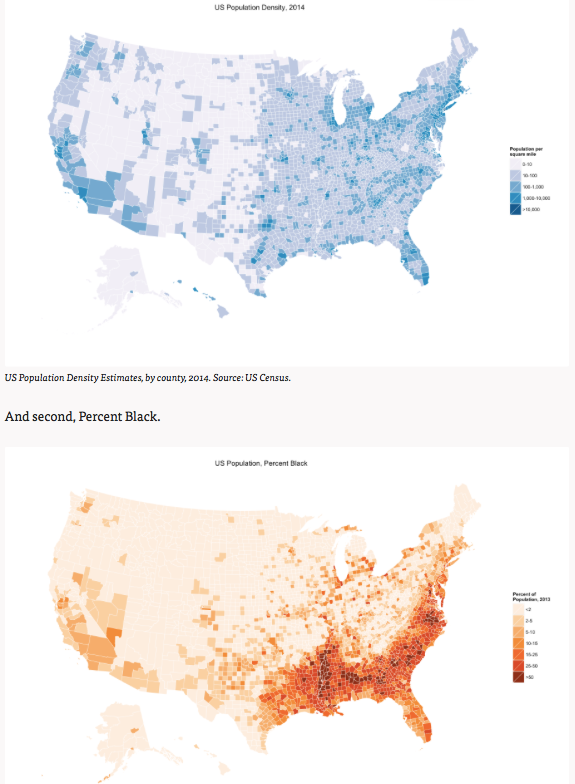