The Curse of Sisyphus: Books Edition

Live from Evans Hall: In this morning's mail, two books that look excellent and interesting: Bates's The Development Dilemma and Mulgan's Big Mind. But when will I have time to read either of them?

I'll give each of them away to anybody around here who will promise me 2000 words on what it says and why it is (or isn't) interesting and reliable... 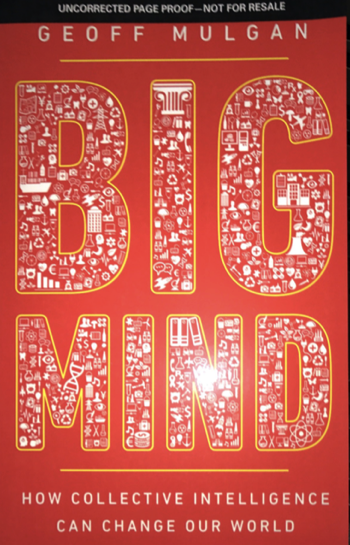 Geoff Mulgan: Big Mind: How Collective Intelligence Can Change Our World: "A new field of collective intelligence has emerged in the last few years, prompted by a wave of digital technologies... http://amzn.to/2wBnMXx

...that make it possible for organizations and societies to think at large scale. This “bigger mind”―human and machine capabilities working together―has the potential to solve the great challenges of our time. So why do smart technologies not automatically lead to smart results? Gathering insights from diverse fields, including philosophy, computer science, and biology, Big Mind reveals how collective intelligence can guide corporations, governments, universities, and societies to make the most of human brains and digital technologies.

Geoff Mulgan explores how collective intelligence has to be consciously organized and orchestrated in order to harness its powers. He looks at recent experiments mobilizing millions of people to solve problems, and at groundbreaking technology like Google Maps and Dove satellites. He also considers why organizations full of smart people and machines can make foolish mistakes―from investment banks losing billions to intelligence agencies misjudging geopolitical events―and shows how to avoid them.

Highlighting differences between environments that stimulate intelligence and those that blunt it, Mulgan shows how human and machine intelligence could solve challenges in business, climate change, democracy, and public health. But for that to happen we’ll need radically new professions, institutions, and ways of thinking.

Informed by the latest work on data, web platforms, and artificial intelligence, Big Mind shows how collective intelligence could help us survive and thrive. 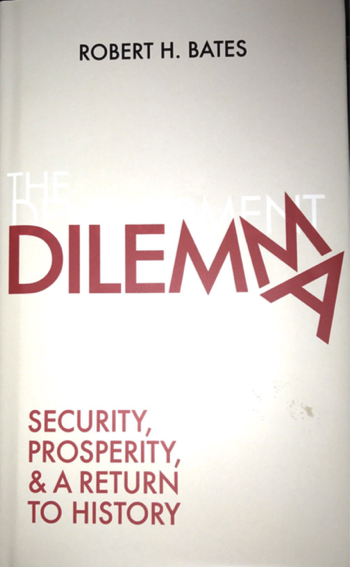 Robert H. Bates: The Development Dilemma: Security, Prosperity, and a Return to History: "Reassessing the developing world through the lens of Europe's past... http://amzn.to/2xgSNUi

...Today’s developing nations emerged from the rubble of the Second World War. Only a handful of these countries have subsequently attained a level of prosperity and security comparable to that of the advanced industrial world. The implication is clear: those who study the developing world in order to learn how development can be achieved lack the data to do so.

In The Development Dilemma, Robert Bates responds to this challenge by turning to history, focusing on England and France. By the end of the eighteenth century, England stood poised to enter “the great transformation.” France by contrast verged on state failure, and life and property were insecure. Probing the histories of these countries, Bates uncovers a powerful tension between prosperity and security: both may be necessary for development, he argues, but efforts to achieve the one threaten the achievement of the other. A fundamental tension pervades the political economy of development.

Bates also argues that while the creation of a central hierarchy―a state―may be necessary to the achievement of development, it is not sufficient. What matters is how the power of the state is used. France and England teach us that in some settings the seizure and redistribution of wealth―not its safeguarding and fostering―is a winning political strategy. These countries also suggest the features that mark those settings―features that appear in nations throughout the developing world.

Returning to the present, Bates applies these insights to the world today. Drawing on fieldwork in Zambia and Kenya, and data from around the globe, he demonstrates how the past can help us to understand the performance of nations in today’s developing world.

The Curse of Sisyphus: Books Edition

Live from Evans Hall: In this morning's mail, two books that look excellent and interesting: Bates's The Development Dilemma and Mulgan's Big Mind. But when will I have time to read either of them?

I'll give each of them away to anybody around here who will promise me 2000 words on what it says and why it is (or isn't) interesting and reliable...