How Many of 11 California Republicans in the House Can We Flip to "NO!" on Tax "Reform"?

...the 11 other Republicans support[ed] it.... More than six million Californians take advantage of the state and local tax deduction each year, deducting an average of $18,438 per family, according to the nonpartisan Tax Policy Center. And more than a third of the households in Rohrabacher, Issa and McClintock’s districts took the deduction in 2015, IRS data shows.... “Passage of the House bill is the first step toward significantly lowering the tax burden in the Central Valley,” Rep. Jeff Denham, R-Turlock, said in a statement. “I look forward to working with the Senate to send a final bill to the president’s desk that will benefit valley families, create jobs and put more money in people’s pockets.”...

The eleven Republican targets are:

How many of them can we flip to "NO" on the tax "reform" bill? 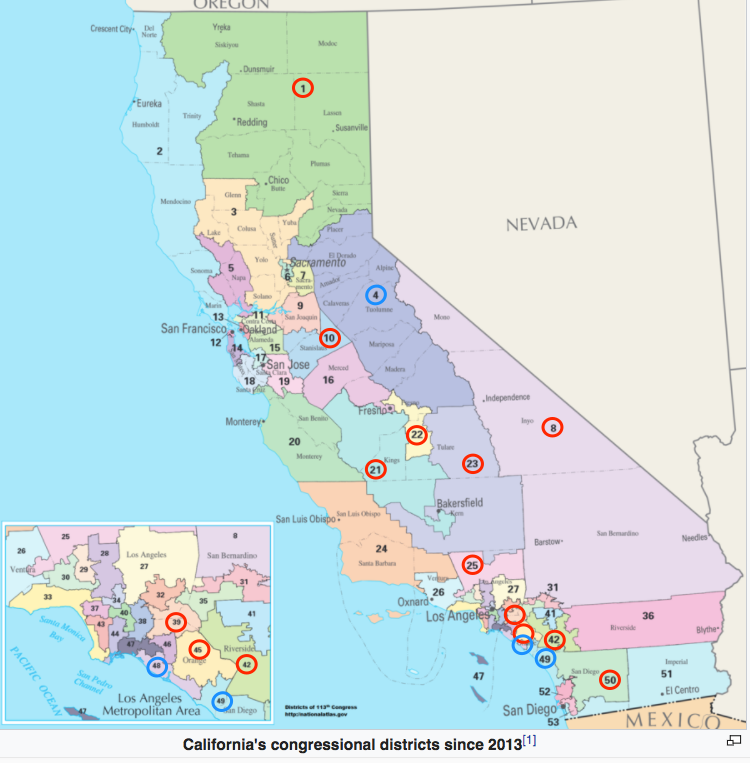 How Many of 11 California Republicans in the House Can We Flip to "NO!" on Tax "Reform"?