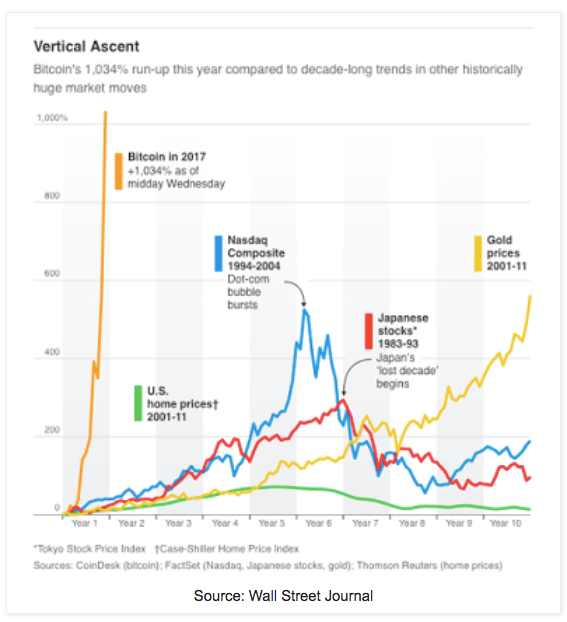 Some people wish me ill. They keep emailing me things from John Cochrane. I wish they wouldn't. Or I wish I would develop some self-control. This is not making me happy:

First, let me set forth an intelligent, rational, measured assessment of BitCoin, made by somebody who was never a tenured finance economist at the University of Chicago:

Glenn Loury 2.0: @justabloodygame on Twitter: "Seriously, I read stories about people mortgaging their homes to buy Bitcoin and I want to rip my hair out..."

We can then compare this with the irrational word salad of John Cochrane. To the extent that there is an argument, it goes like this:

If you believe that message, Cochrane—if you believe that lumpy arrive of information about future peak fundamental demand for money laundering and ransom payment is the explanation for the gyrations of BitCoin—I have a Nigerian prince on the line who has a unique source of tulip bulbs infected with the tobacco mosaic virus. And would you like to see some bonds from the Kingdom of Poyais?

John Cochrane: The Grumpy Economist: Bitcoin and Bubbles: "So, what's up with Bitcoin? Is it a 'bubble?' A mania of irrational crowds?...

...It strikes me as a fairly pure instance of a regularly occurring phenomenon in financial markets, one that encompasses some "excess valuations" in stock markets, gold and commodities, and money itself.

Let's put the pieces together. The first equation of asset pricing is that price = expected present value of dividends. Bitcoin has no cash dividends, and never will. So right off the bat we have a problem—and a case that suggests how other assets might have value above and beyond their cash dividends.

Well, if the price is greater than zero, either people see some "dividend," some value in holding the asset, beyond its cash payments; equivalently they are willing to hold the asset despite a lower expected return going forward, or they think the price will keep going up forever, so that price appreciation alone provides a competitive return. The first two are called "convenience yield," the latter is a "rational bubble."

"Rational bubbles" are intriguing, but I think fundamentally flawed. If a price goes up forever, eventually the value of bitcoin must exceed all of US wealth, then all of world wealth, then all of interplanetary wealth, then all of the atoms in the universe. The "greater fool" or Ponzi scheme theory must break down at some point, or rely on an irrational belief in the next fool. The rational bubbles theory also does not account for the association of price surges with high volatility and high trading volume.

So, let's think about "convenience yield." Why might someone be willing to hold bitcoins even though their price is above "fundamental value"—equivalently even though their expected return over a decently long horizon is lower than that of stocks and bonds? Even though we know pretty much for sure that within our lifetimes bitcoin will become worthless? (If you're not sure on that, more later)

Well, dollar bills have the same feature. They don't pay interest, and they don't pay dividends. By holding dollar bills, you are holding an asset whose fundamental value is zero, and whose expected return is demonstrably lower than that of, say, one-year treasuries. One year Treasuries are completely risk free, and over a year will give you about 1.5% more than holding dollar bills. This is a pure arbitrage opportunity, which isn't supposed to happen in financial markets!

It's pretty clear why you still hold some dollar bills, or their equivalent in non-interest-bearing accounts. They are more convenient when you want to buy things. Dollar bills have an obvious "convenience yield" that makes up for the 1.5% loss in financial rate of return.

Also, nobody holds dollar bills for a whole year. You minimize the use of dollar bills by going to fill up at the ATM occasionally. And the higher interest rates are, the less cash you hold and the more frequently you go to the ATM. So, already we have an "overpricing"—dollars are 1.5% higher priced than treasurys—that is related to "short-term investors" and lots of trading—high turnover, with more overpricing when there is more trading and higher turnover—just like bitcoin. And 1999 tech stocks. And tulip bubbles.

Some of the convenience yield of cash is that it facilitates tax evasion, and allows for illegal voluntary transactions such as drugs and bribes. We can debate if that's good or bad. Lots of economists want to ban cash (and bitcoin) to allow the government more leverage. I'm less enthusiastic about suddenly putting out of work 11 million undocumented immigrants and about half of small businesses. The US tends to pass a lot of aspirational laws that if enforced would bring the economy to a halt. To say nothing of the civil liberties implications if the government can track every cent everyone has ever spent.

But US cash is largely stuffed in Russian mattresses. It is even less obvious that it is in our interest to enforce Russian laws on taxation or Russian control over transactions. Or Chinese, Venezuelan, Cuban, etc. control.

And more so bitcoin. This is the obvious "convenience yield" of bitcoin—the obvious reason some people are willing to hold bitcoin for some amount of time, even though they may know it's a terrible long-term investment. It certainly facilitates ransomware. It's great for laundering money. And it's great for avoiding capital controls—getting money out of China, say. As with dollars there is a lot of bad in that, and a lot of good as well. (See Tyler Cowen on some parallel benefits of offshore investing.)

But good or bad is beside the point here. The point here is that there is a perfectly rational demand for bitcoin as it is an excellent way to avoid both the beneficial and destructive attempts of governments to control economic activity and to grab wealth—even if people holding it know that it's a terrible long-term investment.

On top of this "fundamental" demand, we can add a "speculative" demand. Suppose you know or you think you know that bitcoin will go up some more before its inevitable crash. In order to speculate on bitcoin, you have to buy some bitcoin. I don't know if you can short bitcoin, but if you wanted to you would have to borrow some bitcoin and sell it, and in the process you would have to hold some bitcoin. So, as we also see in high-priced stocks, houses and tulips, high prices come with volatile prices (so there is money to be made on speculation), and large trading volumes. Someone speculating on bitcoin over a week cares little about its fundamental value. Even if you told him or her that bitcoin would crash to zero for sure in three years, that would make essentially no dent in their trading profits, as you can make so much money in a volatile market over a week, if you get on the right side of volatility.

Now to support a high price, you need restricted supply as well as demand. There are only so many bitcoins, as there are only so many gold bars, at least for now. But that will change. The Achilles' heel of bitcoin's long term value is that there is nothing to stop people from creating bitcoin substitutes—there are already hundreds of other similar competitors. And there is nothing to stop people from creating private claims to bitcoin—bitcoin futures—to satisfy speculative demand. But all that takes time. And none of my demands were from people who want to hold bitcoin for very long. Ice cream is also a fast-depreciating asset, but people hold it for a while. In this view, however, Bitcoin remains a terrible buy-and-hold asset, especially for an investor who plans to pay taxes.

In sum, what's going on with Bitcoin seems to me like a perfectly "normal" phenomenon. Intersect a convenience yield and speculative demand with a temporarily limited supply, plus temporarily limited supply of substitutes, and limits on short-selling, and you get a price surge. It helps if there is a lot of asymmetric information or opinion to spur trading, and given the shady source of bitcoin demand—no annual reports on how much the Russian mafia wants to move offshore next week—that's plausible too.

This view says that price surges only happen with restricted supply, and accompany price volatility, large trading volume, and short holding periods. That's a nice testable link, which seems to hold for bitcoin. And other theories, such as madness of crowds, no not explain that correlation...

Some people wish me ill. They keep emailing me things from John Cochrane. I wish they wouldn't. Or I wish I would develop some self-control. This is not making me happy:

First, let me set forth an intelligent, rational, measured assessment of BitCoin, made by somebody who was never a tenured finance economist at the University of Chicago:

Glenn Loury 2.0: @justabloodygame on Twitter: "Seriously, I read stories about people mortgaging their homes to buy Bitcoin and I want to rip my hair out..."

We can then compare this with the irrational word salad of John Cochrane. To the extent that there is an argument, it goes like this: