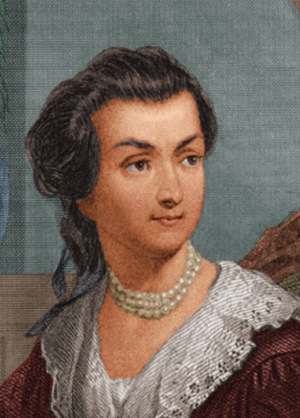 ...I wish you would ever write me a Letter half as long as I write you; and tell me if you may where your Fleet are gone? What sort of Defence Virginia can make against our common Enemy? Whether it is so situated as to make an able Defence? Are not the Gentery Lords and the common people vassals, are they not like the uncivilized Natives Brittain represents us to be? I hope their Riffel Men who have shewen themselves very savage and even Blood thirsty; are not a specimen of the Generality of the people.

I  [illegible]  am willing to allow the Colony great merrit for having produced a Washington but they have been shamefully duped by a Dunmore.

I have sometimes been ready to think that the passion for Liberty cannot be Eaquelly Strong in the Breasts of those who have been accustomed to deprive their fellow Creatures of theirs. Of this I am certain that it is not founded upon that generous and christian principal of doing to others as we would that others should do unto us.

Do not you want to see Boston; I am fearfull of the small pox, or I should have been in before this time. I got Mr. Crane to go to our House and see what state it was in. I find it has been occupied by one of the Doctors of a Regiment, very dirty, but no other damage has been done to it. The few things which were left in it are all gone. Cranch has the key which he never deliverd up. I have wrote to him for it and am determined to get it cleand as soon as possible and shut it up. I look upon it a new acquisition of property, a property which one month ago I did not value at a single Shilling, and could with pleasure have seen it in flames.

The Town in General is left in a better state than we expected, more oweing to a percipitate flight than any Regard to the inhabitants, tho some individuals discoverd a sense of honour and justice and have left the rent of the Houses in which they were, for the owners and the furniture unhurt, or if damaged sufficent to make it good.

Others have committed abominable Ravages. The Mansion House of your President is safe and the furniture unhurt whilst both the House and Furniture of the Solisiter General have fallen a prey to their own merciless party. Surely the very Fiends feel a Reverential awe for Virtue and patriotism, whilst they Detest the paricide and traitor. 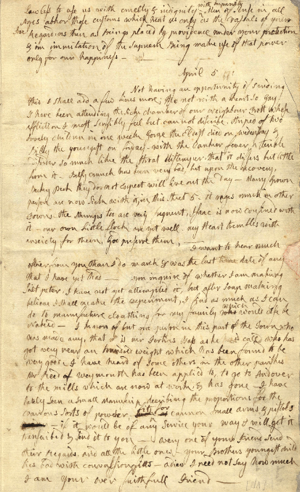 I feel very differently at the approach of spring to what I did a month ago. We knew not then whether we could plant or sow with safety, whether when we had toild we could reap the fruits of our own industery, whether we could rest in our own Cottages, or whether we should not be driven from the sea coasts to seek shelter in the wilderness, but now we feel as if we might sit under our own vine and eat the good of the land.

I feel a gaieti de Coar to which before I was a stranger. I think the Sun looks brighter, the Birds sing more melodiously, and Nature puts on a more chearfull countanance. We feel a temporary peace, and the poor fugitives are returning to their deserted habitations.

Tho we felicitate ourselves, we sympathize with those who are trembling least the Lot of Boston should be theirs. But they cannot be in similar circumstances unless pusilanimity and cowardise should take possession of them. They have time and warning given them to see the Evil and shun it. -- I long to hear that you have declared an independency -- and by the way in the new Code of Laws which I suppose it will be necessary for you to make I desire you would Remember the Ladies, and be more generous and favourable to them than your ancestors. Do not put such unlimited power into the hands of the Husbands. Remember all Men would be tyrants if they could. If perticuliar care and attention is not paid to the Laidies we are determined to foment a Rebelion, and will not hold ourselves bound by any Laws in which we have no voice, or Representation.

That your Sex are Naturally Tyrannical is a Truth so thoroughly established as to admit of no dispute, but such of you as wish to be happy willingly give up the harsh title of Master for the more tender and endearing one of Friend. Why then, not put it out of the power of the vicious and the Lawless to use us with cruelty and indignity with impunity? Men of Sense in all Ages abhor those customs which treat us only as the vassals of your Sex. Regard us then as Beings placed by providence under your protection and in immitation of the Supreem Being make use of that power only for our happiness.

April 5: Not having an opportunity of sending this I shall add a few lines more; tho not with a heart so gay. I have been attending the sick chamber of our Neighbour Trot whose affliction I most sensibly feel but cannot discribe, striped of two lovely children in one week. Gorge the Eldest died on wedensday and Billy the youngest on fryday, with the Canker fever, a terible disorder so much like the throat distemper, that it differs but little from it. Betsy Cranch has been very bad, but upon the recovery. Becky Peck they do not expect will live out the day. Many grown persons are now sick with it, in this street 5. It rages much in other Towns. The Mumps too are very frequent. Isaac is now confined with it. Our own little flock are yet well. My Heart trembles with anxiety for them. God preserve them.

I want to hear much oftener from you than I do. March 8 [John to Abigail, 08 March 1776] was the last date of any that I have yet had. -- You inquire of whether I am making Salt peter. I have not yet attempted it, but after Soap making believe I shall make the experiment. I find as much as I can do to manufacture cloathing for my family whowhich would else be Naked. I know of but one person in this part of the Town who has made any, that is Mr. Tertias Bass as he is calld who has got very near an hundred weight which has been found to be very good. I have heard of some others in the other parishes. Mr. Reed of Weymouth has been applied to, to go to Andover to the mills which are now at work, and has gone. I have lately seen a small Manuscrip describing the proportions for the various sorts of powder, such as fit for cannon, small arms and pistols [illegible]. If it would be of any Service your way I will get it transcribed and send it to you. -- Every one of your Friends send their Regards, and all the little ones. Your Brothers youngest child lies bad with convulsion fitts. Adieu.

I need not say how much I am Your ever faithfull Friend.

Not present at husband's presidential inauguration: caring for her dying mother... 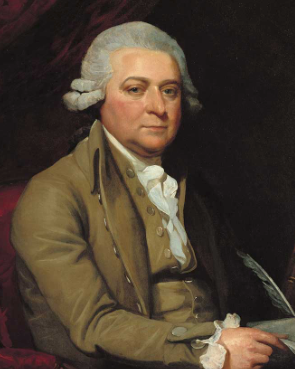 ...We have been told that our struggle has loosened the bonds of government everywhere; that children and apprentices were disobedient; that schools and colleges were grown turbulent; that Indians slighted their guardians, and negroes grew insolent to their masters.

But your letter was the first intimation that another tribe, more numerous and powerful than all the rest, were grown discontented.

This is rather too coarse a compliment, but you are so saucy, I won't blot it out.

Depend upon it, we know better than to repeal our masculine systems. Although they are in full force, you know they are little more than theory. We dare not exert our power in its full latitude. We are obliged to go fair and softly, and, in practice, you know we are the subjects.

We have only the name of masters, and rather than give up this, which would completely subject us to the despotism of the petticoat, I hope General Washington and all our brave heroes would fight.