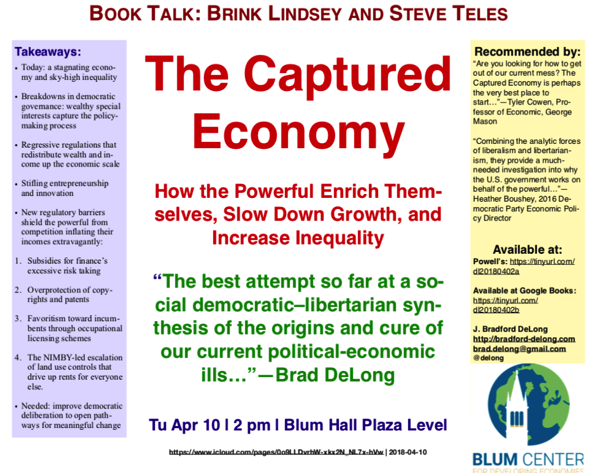 The Captured Economy: How the Powerful Enrich Themselves, Slow Down Growth, and Increase Inequality

"A compelling and original argument about one of the most pressing issues of our time, The Captured Economy challenges readers to break out of traditional ideological and partisan silos and confront the hidden forces that are strangling opportunity in the contemporary United States."—Matthew Yglesias http://vox.com

"Are you looking for how to get out of our current mess? The Captured Economy is perhaps the very best place to start."—Tyler Cowen, Professor of Economics, George Mason University

"American politics is mired in endless arguments about how much downward redistribution we want and how to provide it. But as Brink Lindsey and Steven Teles point out in this engaging, powerfully argued book, the reality of our political economy often looks much more like upward redistribution. In one arena after another, public policy enriches the already rich and advantages the already advantaged."—Yuval Levin, editor of National Affairs

"Steven Teles and Brink Lindsey ask one of the most important questions of our times: What are the political reforms we need to reduce the ability of the wealthy to maintain their capture of our government? Combining the analytic forces of liberalism and libertarianism, they provide a much-needed investigation into why the U.S. government works on behalf of the powerful and the steps we can take to address rising inequality and regressive regulation so that it instead acts in the public interest."—Heather Boushey, Democratic Economic Policy Director, 2016

For years, America has been plagued by slow economic growth and increasing inequality. Yet economists have long taught that there is a tradeoff between equity and efficiency-that is, between making a bigger pie and dividing it more fairly. That is why our current predicament is so puzzling: today, we are faced with both a stagnating economy and sky-high inequality.

In The Captured Economy , Brink Lindsey and Steven M. Teles identify a common factor behind these twin ills: breakdowns in democratic governance that allow wealthy special interests to capture the policymaking process for their own benefit. They document the proliferation of regressive regulations that redistribute wealth and income up the economic scale while stifling entrepreneurship and innovation. When the state entrenches privilege by subverting market competition, the tradeoff between equity and efficiency no longer holds.

Over the past four decades, new regulatory barriers have worked to shield the powerful from the rigors of competition, thereby inflating their incomes-sometimes to an extravagant degree. Lindsey and Teles detail four of the most important cases: subsidies for the financial sector's excessive risk taking, overprotection of copyrights and patents, favoritism toward incumbent businesses through occupational licensing schemes, and the NIMBY-led escalation of land use controls that drive up rents for everyone else.

Freeing the economy from regressive regulatory capture will be difficult. Lindsey and Teles are realistic about the chances for reform, but they offer a set of promising strategies to improve democratic deliberation and open pathways for meaningful policy change. An original and counterintuitive interpretation of the forces driving inequality and stagnation, The Captured Economy will be necessary reading for anyone concerned about America's mounting economic problems and the social tensions they are sparking. 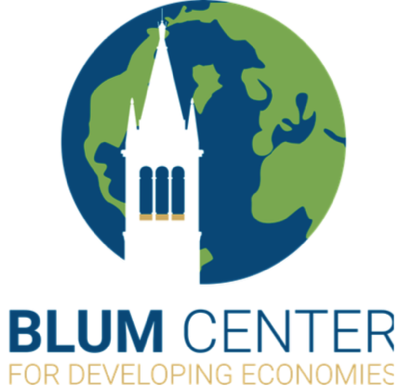 The Captured Economy: How the Powerful Enrich Themselves, Slow Down Growth, and Increase Inequality