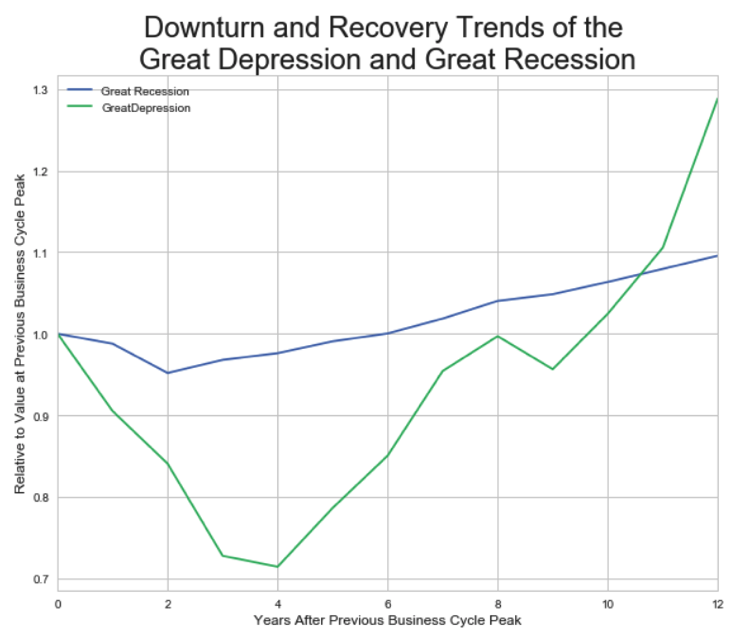 But isn’t this the result of the fact that the US government iin 1940 and 1941 found itself facing the Nazis and imperial Japan? In short, no. Subtract all world war two related spending from 1940 1941 and, relative to the previous business cycle peak, in its recovery the Great Depression-era United States would still outstrip us. Defense spending was 1.7% of national income in 1940 and 5.5% of national income in 1941. The true mobilization did not begin until after Pearl Harbor, which came in December 1941.