What a healthy and sustainable industry...

The most amazing thing about the Theranos book is how utterly and completely nothing ever worked?

The finger stick never worked, the cartridge never worked, their famed analyzer never worked so they were using a jailbroken competitor’s machine. When they DID run a test using their own tech it was completely and utterly unreliable: You have Addison’s disease! You are pregnant, sir! You are already clearly dead from prostate cancer! The fancy advertising firm they were paying gobs of money to was like “you...you can’t say any of these fantastical things on your marketing materials unless they’re true, you do realize that?”

The moment where a shiny new employee is excited to finally get to look under the hood of their famed analyzer (the Edison) and instead of the microfluidics process he was expecting, it was just a janky robot arm jerkily moving a pipette, like a science fair project.

Also she was sleeping with her second in command and hiding it from the board and he fired like twelve people a week and had no impulse control and wasn’t the sharpest knife in the drawer. Ad I don’t know HOW many deals she closed by saying the army was already using their units for battlefield analysis all over Afghanistan! the army had turned her down, flat!

My fav ridiculous claim? the ad firm was like “ok you’re claiming the most accurate lab tests in the world, what’s the data there?” & it becomes clear that since a recent study said 93% of lab errors are human error, surely their shiny Magic 8 Ball must be better bc no humans. (The ad people were like “uhhhh has legal signed off on this claim?” And legal saw it and was like: “you cannot say that in print”. So instead Holmes just said it constantly in interviews and presentations bc that scammer chick wasn’t going to EVER let facts interfere w her pitch).

MADAM! This is your exact strategy to date! And you are hiding your commercial analyzer from the manufacturer so they won’t find out you’re hacking it so it doesn’t report back!: I’m not EVEN getting into when she hires David Boies to litigate-murder all of their enemies and their enemies’ families and doctors who were like: “why are all of your tests completely inaccurate?”

It was super interesting to learn WHY fingersticks aren’t used for huge test panels: not just that you need literally more blood than they give you, but also bc the blood gets mixed w various bits of tissue and red blood cells often wind up getting ruptured in the squishing out. Which is why all the actual blood scientists were like “oh wow how did you solve the hemolysis issue w the fingerstick and actually run hundreds of tests?” and they were like “PROPRIETARY TECH” when in fact they meant: “we’re just doing venous draws & lying on all marketing docs”.

The wildest moment for me? Hearing myself say “oh, good for you, Murdoch” when despite being HEAVILY invested in Theranos and lobbied and threatened day and night by the

It was his biggest-ever non-media investment and running the piece was obviously gonna crater it but even literal monsters can have their own weird ethical code. (I think he’s taking it as a write off and is not actually losing anything but I’m not there yet and honestly seeing anyone say no to Boies is fun right now.)

ELIZABETH HOLMES was like “do you think it would be a good idea if I suddenly revealed I was assaulted at Stanford? I feel like that would distract people from the WSJ stories.”

I CANNOT WITH YOU!

Anyway, buy the book, it’s Bad Blood by John Carreyrou, and also GIVE TYLER SCHULTZ A HUG, he’s a baby lion and helped burn down his own (and his grandfather’s) house and they went after him like GOBLINS: 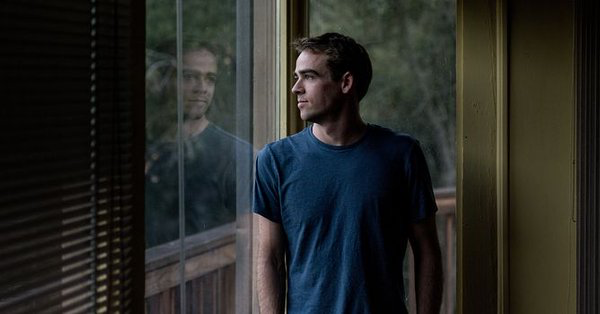 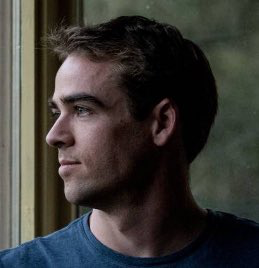 Like a younger Chris Pine, I’m so stoked for the eventual movie. 18 replies 1 retweet 154 likes

Austin Clemens: If some Theranos people don't go to jail then like why is anyone in jail

bmaz: The thing is, most all of this was either known or strongly suspected by professionals in the lab business, but their questions were blizkrieged by Holmes and Theranos until Carreyrou broke through at WSJ.

Kitten T. Britches, Esq.: I work in the lab and the lab is the red headed step child of medicine. The only thing people want from us is numbers. And it’s amazing how many doctors don’t care if those numbers are accurate. Yes, you read that right.... just give me a number they say.

Arjun: I tried to explain what happened to someone and they just couldn't get past this point, and kept insisting that, surely!, something must have been successful and worked! and it's like, nope, most of it either never worked or barely worked at all

Outilmache: What worked was the tech genius sizzle. Why is it surprising a lot of wealthy people thought that was good enough? Rich people got mountains of money they need to park somewhere.... Holmes was amazing at performing as a genius billionaire. And our society loves that.

Raychelle Burks: This WW pulled an fairly transparent long con shrouded only in white privilege, black turtleneck sweaters, and Chanel No 5. I hope Laura Linney is cast in the lead.

Stefanie Bennett: Is this Bad Blood? I had zero interest in reading it but now, I clearly need to get my hands on it. 0 replie

Will Stancil: I'm 70 pages in and it's 2007 and Theranos is worth like $40m and all the top people are leaving and the board is imploding and nothing works, and it's all very scandalous and disastrous - and then I think, wait, this keeps up for ANOTHER NINE YEARS AND TEN BILLION DOLLARS?????? Honestly the lesson here is that if you want to engage in egregious tech fraud, go ahead, no one will stop you for at least four presidential administrations, you can do anything if you believe in it

ppyajunebug, phd: As a scientist and a fan of both schemes and people getting what's coming to them, I cannot WAIT to read this book

Amanda Whalen: I’m a clinical laboratory scientist and what she was trying to do boggled my damn mind. Finger stick blood is GARBAGE but yes let’s monitor potassium levels on it.

Kitten T. Britches, Esq.: I am too, you like the part about diluting the blood before you analyze it? Yeah, like that will lead to accurate results.

Billy Joel’s Fifth Wife: I’ve never read a book this fast, it was a delicious dish of a book. However I’m so confused how people were drawn to EH’s personality, everything about her seeemed off putting. Get it together George!!!...

What a healthy and sustainable industry...

The most amazing thing about the Theranos book is how utterly and completely nothing ever worked?