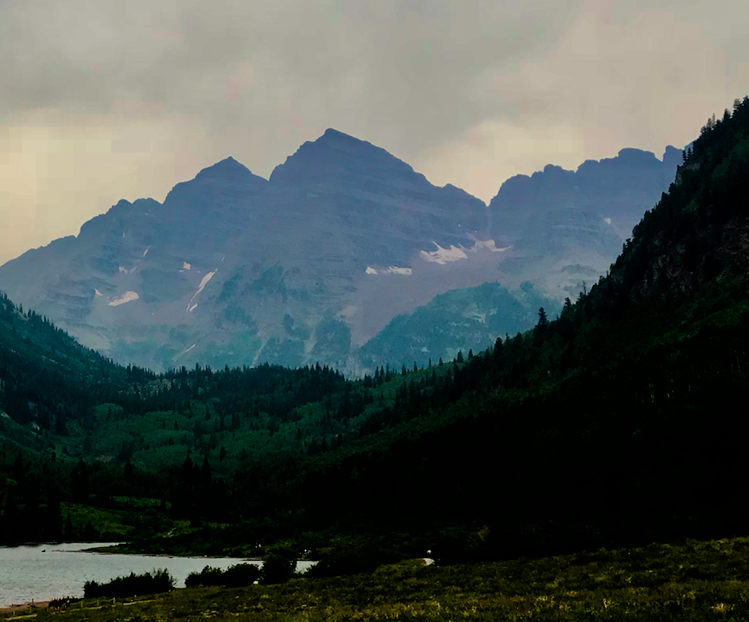 The Rise of the Robots: Some Fairly-Recent Must- and Should-Reads

Continue reading "The Rise of the Robots: Some Fairly-Recent Must- and Should-Reads" »

Is this right? Is this robust? If it is, this is amazing: Kevin Drum: College-Educated Republican Women are Extinct: "College-educated white women? They support Democrats by a net of nearly 50 points. And it shows no signs of bouncing back and forth... 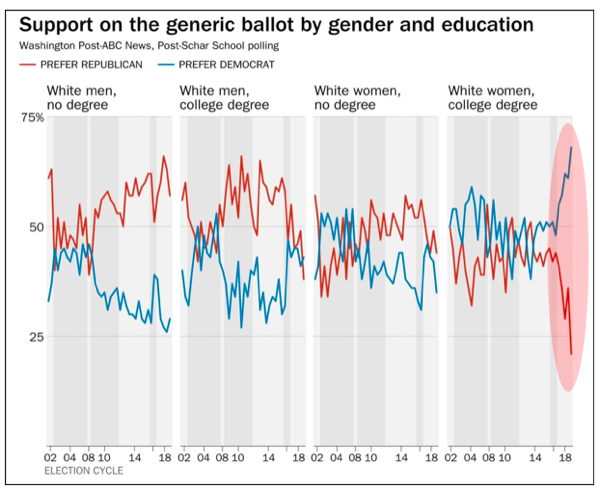 Kevin Drum: "I’ve been blogging for 15 years, and there’s never been a day when I wanted to stop...

Sharply distinguishing "ideology" from "partisanship" seems to me to be a potentially fatal flaw in what is otherwise an absolutely brilliant essay. We East African Plains Apes think in groups: we outsource a great deal of what we believe to others whom we trust. Thus "partisanship" and "ideology" reinforce each other massively. But that also means that when thought-leader elites change what the partisans with access to audiences say, people's "ideologies" will change as well—without the thinking about it much, if it all: Nathan P. Kalmoe: Uses & Abuses of Ideology: "Ideology is a central construct in political psychology, and researchers claim large majorities of the public are ideological, but most fail to grapple with evidence of ideological innocence in most citizens...

The key to a well-functioning society is feedback: the market economy is truly excellent at feedback—at identifying what is going wrong to the people who can take action to correct it: Cosma Shalizi (2012): In Soviet Union, Optimization Problem Solves You: "There’s lots to say about Red Plenty as a work of literature; I won’t do so.... The first of the two political problems. The objective function in the plan is an expression of values or preferences, and people have different preferences. How are these to be reconciled?...

It is something—even if it is not the Grand Tetons, or Nanga Parbat, or (I am told) Lhotse:

I am swinging toward thinking that disequilibrium foundations of equilibrium economics is the only useful macro theory standing: Seppo Honkapohja and Kaushik Mitra: Price Level Targeting with Evolving Credibility: "We examine global dynamics under learning in a nonlinear New Keynesian model when monetary policy uses price-level targeting and compare it to inflation targeting...

Comment of the Day: Allen Hazen: "Populism" or "Neo-Fascism"?: Rectification of Names Blogging: "'Classic' Fascism of the 1930s was widespread: many countries around Europe had 'colored shirt' movements...

Hoisted from the Archives: James Scott and Friedrich Hayek

James Scott and Friedrich Hayek: My review of James Scott (1998), Seeing Like a State: How Certain Schemes to Improve the Human Condition Have Failed (New Haven: Yale University Press: 0300070160):

There is a lot that is excellent in James Scott's Seeing Like a State.

On one level, it is an extraordinary well-written and well-argued tour through the various forms of damage that have been done in the twentieth century by centrally-planned social-engineering projects—by what James Scott calls 'high modernism' and the attempt to use high modernist principles and practices to build utopia. As such, every economist who reads it will see it as marking the final stage in the intellectual struggle that the Austrian tradition has long waged against apostles of central planning. Heaven knows that I am no Austrian—I am a liberal Keynesian and a social democrat—but within economics even liberal Keynesian social democrats acknowledge that the Austrians won victory in their intellectual debate with the central planners long ago.

I was reading Herbert Hoover (1964): Freedom Betrayed on the plane, and it is really clear to me why nobody wanted Hoover to publish it during his lifetime and why his heirs buried it for half a century:

I will tell you what I think. I think Hoover does not quite dare say:

When Hitler attacked Stalin in June 1941, the U.S. should have told Britain to cool it—embargoed Britain until and offered it security guarantees when it made peace with Germany—and then the U.S. should have supported Hitler in his war on Communism, by far the worst of the three totalitarianism of Communism, Naziism, and New Dealism. Afterwards, Hitler and his successors would have had their hands full ruling their Eurasian empire, and Naziism would have normalized itself, and Communism would be gone. Too bad about Nazi rule over the French, Belgians, Dutch, Danes, and Norwegians, but that would have been a price well worth paying.

He does not quite dare say it, but he is thinking it, and almost gets there...

Duncan Black: Drag Him: "The twitters dragged this reporter [Jon Steingart] over this description, as they should have...

Kevin Drum: About That Hillary Clinton Dirt: "There’s something about the whole Trump Tower meeting that might be obvious to everyone by now, but I’m not sure it is. It might not even be especially important. For what it’s worth, though, here’s what I think happened...