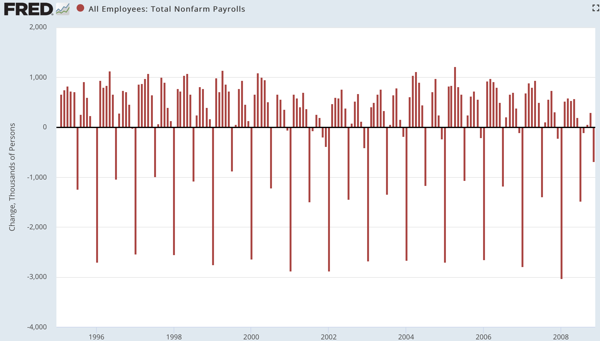 We are more used to looking at the seasonally-adjusted pattern, which looks very, very different indeed: 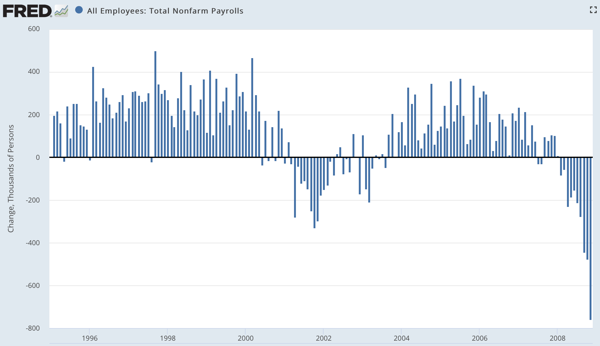 As big a deal as the Great Recession does not stand out that strongly when we look at the raw seasonally-unadjusted monthly changes: 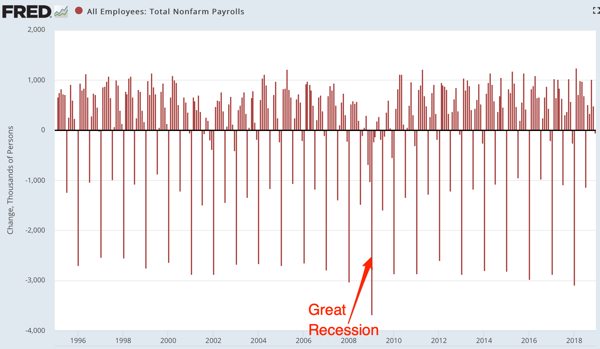 It only becomes the biggest deal in generations when we seasonally adjust the changes series: 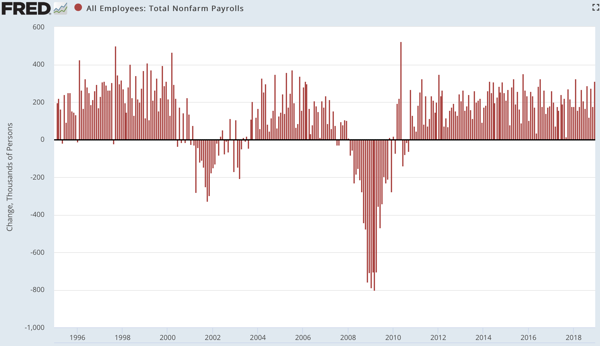 And here is the seasonal adjustment filter as the BLS has applied it: 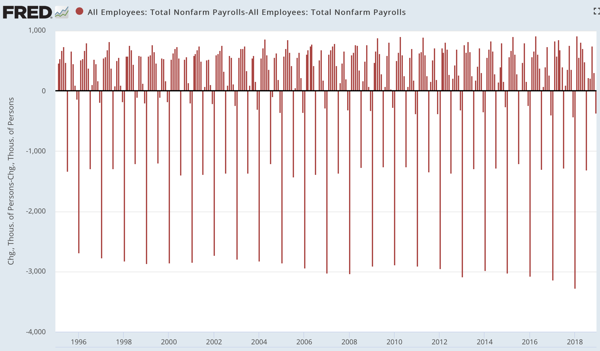 A lot of serially-correlated month-by-month shortfalls of employment growth relative to the standard very short-run month-to-month patterns and relative to long-run trend growth cumulate and integrate to something truly important and distressing.

Note that, important as shifts in tastes and technologies are in being effectively the sole driver of the seasonal cycle, there is no credible theory that shifts in tastes and technologies are in any part responsible for anything even vaguely like the Great Recession. What is it supposed to be: a great vacation, a great forgetting of productive technology, a great rusting-out of capital, a great increase in the speed with which the marginal utility of wealth diminishes, a great loss of ability to monitor firms and investment projects?

To those who claim that one of these is the cause, at this stage the right thing to do is to recognize that ars longa, vita brevis, and remember the words of Robert M. Solow:

Suppose someone sits down where you are sitting right now and announces to me that he is Napoleon Bonaparte. The last thing I want to do with him is to get involved in a technical discussion of cavalry tactics at the battle of Austerlitz. If I do that, I’m getting tacitly drawn into the game that he is Napoleon. Now, Bob Lucas and Tom Sargent like nothing better than to get drawn into technical discussions, because then you have tacitly gone along with their fundamental assumptions; your attention is attracted away from the basic weakness of the whole story. Since I find that fundamental framework ludicrous, I respond by treating it as ludicrous–that is, by laughing at it–so as not to fall into the trap of taking it seriously and passing on to matters of technique.

There is the demand side—fluctuations in real spending relative to what a first-best non-monetary economy would produce (although, as Arin Dube points out, it would be better to call it the "cpordination successes and failures side" and there is the supply side—the technologies and resources and tastes for work goods, and leisure side. That the supply side is not the important thing for business cycles does not mean that it is not there. And the supply side is the most important thing for the seasonal cycle, and for the long-run trend.