A Grave Setback for Left-Neoliberalism

https://twitter.com/delong/status/1238263706837975043: The electorate of all those who care enough to be motivated to vote for Chief Neoliberal Shill has spoken: I am defeated. Congratulations to @scottlincicome on a well-fought campaign. I wish him luck. He will need it. 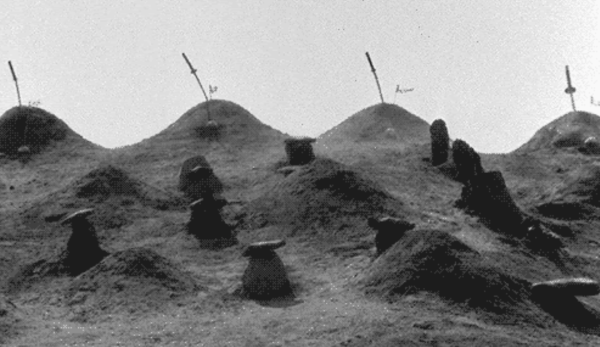 This marks the end of an era. Since its inception, the office of Chief Neoliberal Shill has been occupied by someone from the left wing of the neoliberal movement. The wearers of the Iron Crown have put forward a claim to a kinder, gentler neoliberalism; one that is really nothing but a more effective form of social democracy; a neoliberalism with a human face. The argument has been that the resort to market mechanisms maximizes human freedom and choice and also maximizes the collective entrepreneurial energy of the human race by using Pigou-compatible incentives to crowd source the solutions to all human problems. Thinkers on the left have long called for "think globally, act locally": the Pigou-compatible market powerfully incentivizes that and accomplishes it in a way that no other societal system can. And as for the fact that markets not only allocate scarce resources among alternative uses but also create rich and poor—and make the societal voices of the rich much, much, much louder than those of the poor? Neoliberalism with a human face has called for large scale redistribution and pre-distribution to prevent inequalities of income from becoming poisonous. That has been our Polarstar ever since the days when John Maynard Keynes called for the "euthanasia of the rentier" as a side effect of pursuing a monetary policy consistent with constant full employment.

Rather, the vibe I have always gotten from it is that of Andrew Carnegie back when he was a robber baron: "When visiting the Sioux, I was led to the wigwam of the chief. It was just like the others in external appearance, and even within the difference was trifling between it and those of the poorest of his braves. The contrast between the palace of the millionaire and the cottage of the laborer with us to-day measures the change which has come with civilization.

This change, however, is not to be deplored, but welcomed as highly beneficial. It is well, nay, essential for the progress of the race, that the houses of some should be homes for all that is highest and best in literature and the arts, and for all the refinements of civilization, rather than that none should be so. Much better this great irregularity than universal squalor. "Without wealth there can be no Mæcenas. The 'good old times' were not good old times. Neither master nor servant was as well situated then as to-day. A relapse to old conditions would be disastrous to both—not the least so to him who serves--and would Sweep away civilization with it. But whether the change be for good or ill, it is upon us, beyond our power to alter, and therefore to be accepted and made the best of. It is a waste of time to criticise the inevitable....

To-day the world obtains commodities of excellent quality at prices which even the generation preceding this would have deemed incredible. In the commercial world similar causes have produced similar results, and the race is benefited thereby. The poor enjoy what the rich could not before afford. What were the luxuries have become the necessaries of life. The laborer has now more comforts than the landlord had a few generations ago. The farmer has more luxuries than the landlord had, and is more richly clad and better housed. The landlord has books and pictures rarer, and appointments more artistic, than the King could then obtain.

The price we pay for this salutary change is, no doubt, great. We assemble thousands of operatives in the factory, in the mine, and in the counting-house, of whom the employer can know little or nothing, and to whom the employer is little better than a myth. All intercourse between them is at an end. Rigid Castes are formed, and, as usual, mutual ignorance breeds mutual distrust. Each Caste is without sympathy for the other, and ready to credit anything disparaging in regard to it. Under the law of competition, the employer of thousands is forced into the strictest economies, among which the rates paid to labor figure prominently, and often there is friction between the employer and the employed, between capital and labor, between rich and poor. Human society loses homogeneity.

The price which society pays for the law of competition, like the price it pays for cheap comforts and luxuries, is also great; but the advantage of this law are also greater still, for it is to this law that we owe our wonderful material development, which brings improved conditions in its train. But, whether the law be benign or not, we must say of it, as we say of the change in the conditions of men to which we have referred: It is here; we cannot evade it; no substitutes for it have been found; and while the law may be sometimes hard for the individual, it is best for the race, because it insures the survival of the fittest in every department.

We accept and welcome therefore, as conditions to which we must accommodate ourselves, great inequality of environment, the concentration of business, industrial and commercial, in the hands of a few, and the law of competition between these, as being not only beneficial, but essential for the future progress of the race. Having accepted these, it follows that there must be great scope for the exercise of special ability in the merchant and in the manufacturer who has to conduct affairs upon a great scale. That this talent for organization and management is rare among men is proved by the fact that it invariably secures for its possessor enormous rewards, no matter where or under what laws or conditions..."

GLORY TO THE RACE! (BUT BY NO MEANS SERVICE TO THE STATE)

A Grave Setback for Left-Neoliberalism

https://twitter.com/delong/status/1238263706837975043: The electorate of all those who care enough to be motivated to vote for Chief Neoliberal Shill has spoken: I am defeated. Congratulations to @scottlincicome on a well-fought campaign. I wish him luck. He will need it.